Purpose: The purpose of this study is to report computed tomography (CT) findings of traumatic brain injury (TBI) in patients who underwent head CT at the Tamale Teaching Hospital (TTH) due to head trauma.

Material and methods: A retrospective review of 53 head trauma CT reports covering a two year period in the TTH. Variables extracted to form basis of data included patient gender and age, aetiology of injury, and findings of radiologists. Data was processed and analysed with the Statistical Package for the Social Sciences (SPSS), and results presented mainly in tables.

Results: Of the 53 head trauma patients, male composed 77.4% and female 22.6%. Patients in the age range of 21-40 years were the most affected, and least affected were those between 41-50 years. Falls, assault and road traffic accident (RTA) all together caused less traumas than trauma of unspecified aetiologies. Various TBIs were observed in twenty one (21) patients with some features being more prevalent than others. Noteworthy, the prevalence of normal brain finding was alarming, being reported in 32 patients.

Conclusion: This research concur that CT is an important imaging modality in diagnosing TBI. Our data affirms that intracranial haemorrhage, brain contusion, brain atrophy, and infarct were the most reported imaging features of TBI at the TTH. There was male and productive age population (21-40 years) preponderance of head trauma. Unspecified source was the highest cause of head traumas followed by RTA. 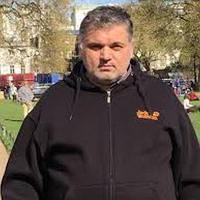