Pulmonary tuberculosis resembles cystic fibrosis and other chronic inflammatory lung diseases in its ability to cause chronic tissue destruction, hypoxia, tissue acidosis, and leakage of blood into the surrounding milieu. Destructive and inflammatory changes of the lung in diseases such as cystic fibrosis support the increased growth of the commensal Prevotella, a bacterial commensal which requires polyphosphate and thrives under inflammatory conditions. Since the nutritional needs of Prevotella are in some ways mirrored by those of the pathogens Pseudomonas aeruginosa and Berkholderia cepacia, it is possible that Prevotella may serve as a marker for these destructive lung pathogens. The biochemical milieu of pulmonary tuberculosis resembles that of other chronic inflammatory lung diseases in its ability to cause inflammation, destruction, tissue acidosis, and bleeding, yet in pulmonary tuberculosis, contrary to expectation, Prevotella species are decreased rather than increased. It is hypothesized that the M. tuberculosis exopolyphosphatase may serve to reduce polyphosphates required by Prevotella species. Since the nutritional needs of P. aeruginosa and B. cepacia resemble those of Prevotella, it is reasonable to hypothesize that addition of exopolyphosphatase might also hamper the growth of these dangerous lung pathogens, as well. 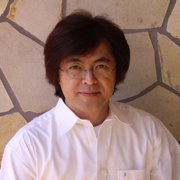