1Faculty of Medicine and Biomedical Sciences, University of Yaoundé I, Yaoundé-Cameroon

Objective: To describe the clinical characteristics of patients newly diagnosed with primary open angle glaucoma (POAG) in a tertiary hospital.

Methods: A review of the medical records of patients newly diagnosed with POAG between 1st January 2016 and 31st January 2018 was done. POAG diagnosis was based on the presence of any two of the following: elevated intraocular pressure (IOP), glaucomatous optic nerve changes and characteristic visual field defects in the presence of a normal angle on gonioscopy. Blindness was defined as corrected distant visual acuity (CDVA) of < 0.05. Severe visual impairment was defined as CDVA <0.3 but >0.05.

Conclusion: Late presentation is common in POAG with severe cupping and moderate to advanced visual field defects. Unilateral blindness or severe visual impairment is present in 38.5% of cases. Information and screening should be put in place to encourage early diagnosis which will reduce the burden of glaucoma-related blindness.

Glaucoma is the third cause of blindness worldwide after cataract and uncorrected refractive error. It was responsible for blindness in 8% amongst the 36 million blind people in 2015 [1]. Africa has the highest prevalence of blindness, with glaucoma accounting for 15% [2]. Primary open angle glaucoma (POAG) which is the most frequent form of glaucoma has a prevalence of 4.16% in Africa. When compared to other World Health Organization sub-regions, Africa presents the highest prevalence of POAG [3]. In Cameroon, hospital-based studies have reported the prevalence of POAG to be between 2.2 and 4.4% [4, 5]. Besides a high prevalence, it has an earlier onset and progresses more rapidly than in Caucasians [6, 7]. The lack of symptoms at the onset of POAG, socio-economic deprivation, ignorance and lack of screening all contribute to late presentation. For many patients, diagnosis is made at a stage of advanced disease with blindness or severe visual impairment [8]. Severe visual impairment and blindness at presentation is indicative of late diagnosis and such data can help in the planification of eye health services. Early diagnosis may play a role in the fight against blindness which will go a long way to improve the socio-economic status of both the individual and the community. The aim of this study was to determine the prevalence of severe visual impairment and blindness amongst patients newly diagnosed with primary open angle glaucoma at the eye unit of a tertiary hospital.

We carried out a descriptive study in which we reviewed the medical records of all new patients seen between 2nd January 2016 and 31st January 2018 at the ophthalmic unit of a tertiary hospital. Records of adult patients (≥ 20 years) diagnosed with POAG were included. Diagnosis of POAG was based on the presence of glaucomatous optic nerve changes and characteristic visual field defects with an open angle on gonioscopy. Ethical clearance was obtained from the institutional ethical clearance committee and anonymity was respected. Variables studied included age, sex, family history of glaucoma, corrected distant visual acuity, intraocular pressure (IOP), central corneal thickness (CCT), vertical cup/disc ratio and the mean defect on automated visual field. The severity of visual defects was graded using the Hodapp, Parish and Anderson’s grading scale (early defect for MD no worse than -6dB; moderate for MD worse than -6dB but no worse than -12dB; severe for MD worse than -12dB) [9]. Blindness was defined as best-corrected distant visual acuity (BCDVA) of < 0.05 and severe visual impairment was defined BCDVA <0.3 but >0.05. Blindness and severe visual impairment were defined for each eye. These were considered glaucoma-related in the absence of any other blinding condition in each eye. 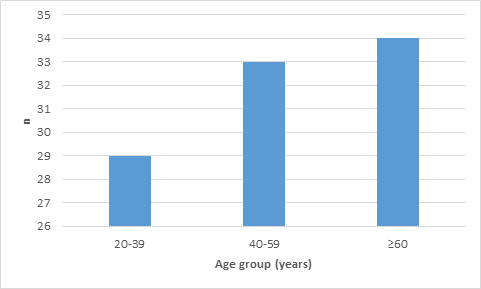 Figure 1: Distribution according to age group. 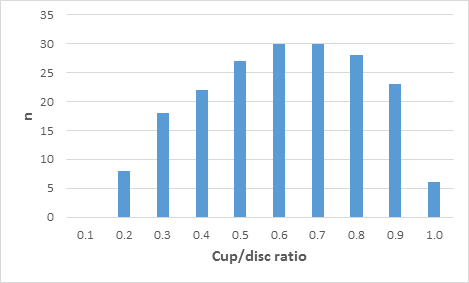 Figure 2: Distribution according to cup/disc ratio.

Considering the mean defect (MD), 29.7% of eyes had advanced glaucoma. The classification of the severity of glaucoma with respect to the MD is shown in (Table 1).

Table 1: Severity of glaucoma with respect to mean defect. 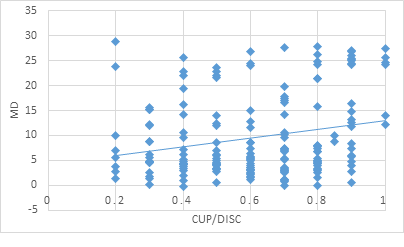 Figure 3: Linear correlation between the vertical cup/disc ratio and the mean defect (MD).

Glaucoma-related blindness was unilateral in 5.2% of patients (n=5). No patient had bilateral blindness. Unilateral and bilateral severe visual impairment were present respectively in 10.42% and 33.33% of cases.

New cases of POAG represented 0.9% of all new patients seen in this study. This is smaller than the 3.8% reported by Olushola et al in the university teaching hospital of Ibadan [10]. The ratio of new cases in this hospital-based study might be smaller than expected in the general population, because POAG is usually asymptomatic and patients might not seek care in the early stages of the disease. This is supported by the high frequency of new cases in population studies. Studies from Cameroon and Ghana have reported frequencies of new POAG cases of 8.2% and 8.5% following the screening of 635 and 1483 people respectively [11, 12]. In the Barbados Eye Study, a larger black population of 4709 was screened and 7% of new POAG cases were detected [13]. Based on these population studies, there are possibly many more undiagnosed cases in our general population. Early diagnosis and management of POAG which play a role in the prevention of visual impairment and blindness should be encouraged, by putting in place measures such as voluntary screening and the screening of family members of patients with POAG. In this study, 10.4% of cases came for voluntary screening, amongst whom 40% had a family history of glaucoma. There were more males than females in this study. This male predominance has been reported by some authors [10, 14], though others found no difference [12]. The mean age in our study was 49.1 years. This corroborates several African authors who report the mean age of diagnosis of POAG to be between 45 and 55 years [12, 14, 15].

The prevalence of blindness in this study is lower than those reported by other authors. Unilateral blindness was found in 5.2% of patients and there was no case of bilateral blindness. Olushola et al reported 37% and 28% respectively of unilateral and bilateral blindness [10], while Olawoye et al reported 44.6% and 29.7% respectively [20]. The low prevalence of blindness in our study could be due to the study site. This study was done in a general ophthalmology unit whereas those of previously cited authors were done in glaucoma units, where many cases were referred from either optometrists or general ophthalmologists. However, there is a possibility that our prevalence underestimates the reality of glaucoma-related blindness at diagnosis given its hospital-based nature. Patients with bilateral blindness may not present to hospital services. There is a general suboptimal utilization of health care services in our setting for reasons such as ignorance, beliefs, inaccessibility and poverty.

With a third of new POAG patients presenting with bilateral severe visual impairment in this study, efforts need to be put in place to inform and screen patients for glaucoma. A national population-based study will better evaluate the scale and the impact of glaucoma.