Methods: This was a retrospective chart review study of psychiatric inpatients admitted to the 1st Department of Psychiatry, University Hospital of Louis Pasteur in Kosice, Slovakia during the years 2016-2017 who met the inclusion criteria and underwent psychological examination using the Structured Clinical Interview for DSM-IV Axis II (SCID-II).

Results: Personality disorder was diagnosed in 146 (76%) of the 192 enrolled inpatients. The most prevalent were borderline (37.7%), obsessive-compulsive (15.8%), dependent (10.3%), and narcissistic (10.3%) personality disorder. Cluster B comprised 80 subjects (58%), followed by Cluster C with 50 subjects (36.2%) and Cluster A with 8 subjects (5.8%). The most common psychiatric comorbidities were code F40-F48 Neurotic, stress-related and somatoform disorders (27.6%), followed by F10-F19 Mental and behavioral disorders due to psychoactive substance use (24.6%), and F30-F39 Mood (affective) disorders (23.9%). The prevalence of Cluster C increased, whereas Cluster A prevalence decreased over the past two decades. There was an increase in the prevalence of borderline and obsessive-compulsive personality disorder; the schizoid and the other personality disorders prevalences considerably decreased.

Personality disorders belong to the most frequent disorders treated by psychiatrists and now emerge as a mental health priority. They are associated with impairments in social and occupational functioning [1-3], overall disability [4, 5], suicide attempts [6], and premature mortality [7].

This was a retrospective chart review study of psychiatric inpatients who underwent psychological examination at the 1st Department of Psychiatry, Pavol Jozef Safarik University Faculty of Medicine and University Hospital of Louis Pasteur in Kosice, Slovak Republic in 2016-2017. Patients' charts were reviewed and psychiatric diagnoses (given in discharge summaries from the inpatient psychiatric unit) and demographics were extracted. The study was approved by the local ethics committee and all procedures followed were in accordance with the ethical standards laid down in the 1964 Declaration of Helsinki and its later amendments.

Out of 527 admitted psychiatric inpatients who underwent psychological examination from September 2016 till September 2017, 192 patients were enrolled. The main inclusion criterion was a psychological examination of adult inpatients focused on examination of the personality using the Structured Clinical Interview for DSM-IV Axis II (SCID-II) questionnaire. Subjects with mental/cognitive impairement, acute psychosis, and incomplete questionnaires were excluded.

Descriptive statistics were used to describe the basic features of the data in a study. The Chi-Square test was used to examine the differences between categorical variables. Data are expressed as frequencies and percentages for categorical variables and as means with standard deviations for continuous variables. Statistical analysis was performed using SPSS statistical package (version 22, IBM Corp., Armonk, NY, USA).

Further, we aimed to describe personality disorder‘s comorbidity with other psychiatric disorders. The most common were code F40-F48 Neurotic, stress-related and somatoform disorders (27.6%), followed by F10-F19 Mental and behavioral disorders due to psychoactive substance use (24.6%) and F30-F39 Mood (affective) disorders (23.9%). Less common were F20-F29 Schizophrenia, schizotypal and delusional disorders (11.6%), F60-F69 Disorders of adult personality and behavior (7.2%), F00-F09 Organic, including symptomatic, mental disorders (2.2%), F90-F98 Behavioral and emotional disorders with onset usually occurring in childhood and adolescence (2.2%), and F80-F89 Disorders of psychological development (0.7%). Table 3 shows the distribution of the particular personality disorders by the categories of the International Classification of Mental and Behavioral Disorders [19].

Table 3: The distribution of the particular personality disorders by the categories of the International classification of mental and behavioral disorders. 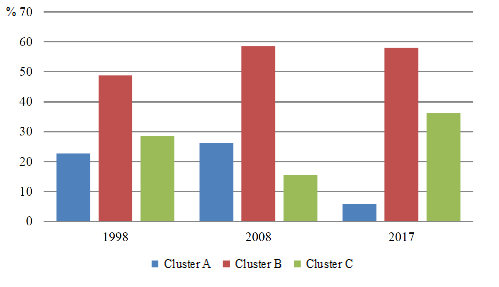 Figure 1: Comparison of Clusters over the past two decades.

Figure 2: Comparison of the prevalences of the particular personality disorders.

The rate of Cluster A disorders (5.8%) we found is interesting given the common clinical impression that such disorders are rare in hospital samples owing to their tendency not to seek treatment [24]. On the other hand, our prevalence rate for Cluster B disorders (58%) suggests that Cluster B disorders might actually be overrepresented in clinic samples, which can be due to their tendency to display striking and clinically salient symptomatology (e.g., suicidal attempts, self-mutilation, aggression and impulsive dyscontrol) [24]. In contradiction with earlier findings [1], the Cluster A was more prevalent in women and Cluster C was more prevalent in men in our study sample, while Cluster B was as common in men as in women. Cluster A is known to be associated with lower social class rather than with sex, and individuals are more likely to be separated or divorced, unemployed or with a low weekly income [1]. We did not collect this type of information, which precludes making inferences.

Our study showed considerable associations between the code F40-F48 Neurotic, stress-related and somatoform disorders and avoidant, dependent, and obsessive-compulsive personality disorders. The findings indicate that personality scales of neuroticism and anxiety constitute a risk factor for neurotic disorders. Also, it is possible that personality disorders appear with stressors typical for age groups and are affected by life’s cumulative experiences. Interestingly, the most common borderline personality disorder had the highest prevalence of the F10-F19 Mental and behavioral disorders due to psychoactive substance use and the F30-F39 Mood (affective) disorders followed by the F40-F48 Neurotic, stress-related and somatoform disorders. These observations correlate well with Frankenburg and Zanarini [25] and further support the idea that nonremitted borderline patients are more likely than remitted patients to report daily consumption of alcohol [25]. The findings further implicate that psychological therapies should be used to lower modifiable personality trait anxiety/neuroticism as a preventive and therapeutic approach [22].