Hashimoto’s Thyroiditis (HT), also known as Chronic Lymphocytic Thyroiditis or Autoimmune Thyroiditis, is the most common etiology of thyroid disease in children and adolescents. The prevalence of this disorder in the general population varies from 3.0 to 8.2 per 1000. The HT is more frequent in women than in men (ratio 4-8:1) depending on the geographical area studied [1]. An epidemiological study conducted by Rallison et al. [2], in a population of 5,179 children, reported a prevalence of HT of 1.2%. The development of HT depends on an immune defect in an individual with genetic susceptibility in conjunction with environmental factors [3]. HT is characterized by a gradual atrophy of the thyroid tissue secondary to the invasion of the gland by lymphocytic cells, causing follicular atrophy, hyperemia accompanied by oncocytic follicular cell metaplasia [4]. This leads to the development of hypothyroidism. Glandular dysfunction may be clinically evident (0.1-2% of the population) or subclinical (10-15%) depending on the damaged thyroid parenchyma. According to its etiology, HT can be classified as primary and secondary. Primary HT is the most common clinical presentation of thyroiditis, and includes a pathological clinical spectrum, in which juvenile presentation is found [5].

A 14-year-old female adolescent, originally from Mexico City, the patient has a history of being the product of the first full-term pregnancy (39 weeks of gestation) of a mother who had preeclampsia, with a birth weight of 3.9 kg, considered high weight for gestational age. The patient did not receive breastfeeding and had a beginning of complementary early feeding (first month of life). The psychomotor development was normal. She referred sedentary lifestyle. She went to the pediatric obesity clinic, referring to weight gain from the school stage, constipation, oligomenorrhea and headache. The physical examination revealed dorsal hump, goiter, acanthosis nigricans in the neck and armpits (Figure 1), dry skin on the extremities, genu valgo (deformity in the alignment of the knees). Ferriman’s scale (evaluation to determine hirsutism) not evaluable by hair removal. As part of the approach of the pediatric patient with obesity, anthropometry was obtained obtaining BMI 38.5 kg/m2 (higher than the 97% Percentile), as well as electrical bioimpedance finding 46.9% of body fat, establishing the diagnosis of obesity. The waist-height relationship was 0.65 and the waist percentile was higher than the 90th percentile for age and sex. The blood pressure figures (92/68 mmHg) were within normal values for age and sex. 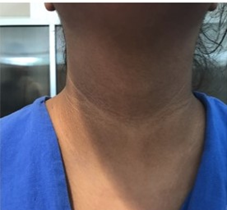 Figure 1: Neck with evidence of acantosis nigricans and goiter.

Due to the background and the symptoms referred by the patient, a study protocol was initiated. The biochemical report was glucose 90 mg/dl, Hb1Ac 5.2%, insulin 16.5 uUI/ml, HOMA-IR 3.66; triglycerides 90 mg/dl, total cholesterol 152 mg/dl, HDL 38 mg/dl, LDL 96 mg/dl, ALT 21 IU/l, without meeting criteria for diabetes mellitus nor for metabolic syndrome, so it was decided to complete the approach. Initially performing thyroid function tests in the face of the digestive and gynecological symptoms reported by the patient, resulting in elevated TSH (203.19 IUI/ml) and decreased FT4 (2.65 ug/dl), integrating the diagnosis of primary hypothyroidism (Table 1), so that since the main etiology is autoimmune, an access protocol was complemented with antibodies, highlighting the elevation of: anti-thyroglobulin antibodies 0.90 IU/ml, antiperoxidase antibodies 359.40 IU/ml, ANA 1:100, concluding diagnosis of Hashimoto’s Thyroiditis. Due to the finding of goiter, a neck ultrasound was performed with an increase in the size of thyroid lobes at the expense of the right lobe with thyroid nodules without calcification or increased vascularity (Figure 2) and because the patient had menstrual irregularity, she requested pelvic ultrasound which was reported without alteration (Figure 3). 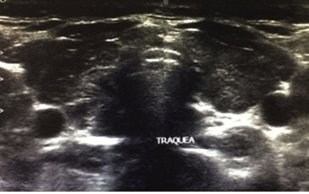 Figure 3: Pelvic ultrasound with no evidence of polycystic ovarian.

Interconsultation with the endocrinology service was initiated, starting treatment with Levothyroxine 100 μg/day. In the course of six months the patient presented a weight loss of 5.5 kg, with a BMI of 36.7 kg/m2 (initial BMI 38.5 kg/m2). The symptomatology described at the beginning of the approach subsided and the menstrual cycle normalized, with evident improvement of the thyroid profile and decrease in TSH levels and normalization of levels of FT4, as well as a decrease in HOMA-IR to 2.2 (Table 1).

The diagnosis of Hashimoto’s thyroiditis is established by clinical characteristics, the detection of serum antibodies against thyroid antigens (mainly thyroperoxidase and thyroglobulin), as well as the presence of goiter. The juvenile variant is the form of HT that occurs before 18 years of age, with a mean presentation at 11 years [6]. It is more frequent in women (6:1). Patients may have a goiter, but are usually asymptomatic [7]. When establishing the diagnosis, 43% of children are euthyroid, 24% have subclinical hypothyroidism, 21% have clinical hypothyroidism, 9% clinical hyperthyroidism and 3% subclinical hyperthyroidism. Constipation is the symptom most frequently reported in patients with hypothyroidism. The skin is usually dry, cold, yellow and thickened, changes secondary to the accumulation of hydrophilic mucoproteins in the dermis (such as hyaluronic acid) with the consequent myxedema, as well as the atrophy of the sweat glands. Oligomenorrhea and/or menometrorrhagia are frequent, due to a poor conversion of estrogen precursors [6, 8]. In the case presented, it was corroborated that the clinical manifestations presented by the patient correspond to the most frequent reported in the literature.

The natural history is variable, with remission, recurrence as well as the evolution to permanent hypothyroidism. HT is an autoimmune disease and it is well known that other autoimmune diseases tend to cluster in the same patient and in the family. The most frequent associated diseases are: alopecia, vitiligo, celiac disease and insulin-dependent type 1 diabetes. Other disorders such as Turner syndrome and Down syndrome can also be associated with HT [9]. In the present case, the patient did not meet criteria for autoimmune comorbidities associated with HT. Anti thyroperoxidase antibodies are considered the best serological marker to establish the diagnosis of HT. They are found in approximately 95% of HT patients, but they are rare in healthy controls. Antithyroid peroxidase antibody titers correlate well with the number of autoreactive lymphocytes that infiltrate the thyroid and the degree of ultrasound hypoechogenicity [10].

Antibodies to thyroglobulin, the most abundant protein in the thyroid gland, are less sensitive (positive in only 60 to 80% of patients with HT) and less specific (positive in a greater proportion of healthy controls) than antithyroid peroxidase antibodies [11]. Ultrasound of the neck has become the most used imaging tool in patients with thyroid diseases. In TH, the thyroid follicles are destroyed and replaced by small lymphocytes, causing the echogenicity of the thyroid parenchyma to decrease markedly [12]. Fine needle aspiration is performed in patients in whom a thyroid nodule is detected. Although the recommendation of the Bethesda System is conservative management, and most lesions are benign, in some cases patients are referred to the surgeon and thyroidectomy may be required [13, 14]. The treatment of primary hypothyroidism consists of the daily oral administration of synthetic Levothyroxine [15], which is administered in doses of 1.6-1.8 μg per kg of body weight. It is therefore a symptomatic treatment, which addresses the symptoms rather than the pathogenesis of HT.

The patient showed resolution of the symptoms after the replacement of levothyroxine, in addition to a notable decrease in serum levels of TSH and antibodies. Thyroid puncture was not justified, since no calcification or increased vascularity was found in the neck ultrasound, but follow-up should be continued in order to carry out further evaluations. This case allows us to know the clinical presentation of HT in the pediatric population and its importance lies in being the most common thyroid disease in this age group.

To each of our pediatric patients and their parents that allow us to perform the diagnostic and therapeutic work.

The authors do not declare a conflict of interest.

The present work did not require external financing.