Methods: This is a retrospective audit of 23 VLBW infants (< 28+6 weeks) born in a large tertiary hospital who received late paracetamol therapy (initiated beyond two weeks of life) for hsPDA. Baseline patient characteristics, echocardiographic data before and after treatment, and adverse effects were collected and analyzed.

Conclusion: Late therapy with paracetamol appears to have a modest effect on reducing the size of hsPDA in VLBW infants, but the absolute closure rate is low. It could still be considered before surgical ligation of the PDA.

More recently, paracetamol (Acetaminophen) has gained attention in the treatment of hsPDA [5]. Paracetamol acts by inhibiting an enzyme prostaglandin synthetase similar to other non-steroidal anti-inflammatory drugs (NSAID) but on a different enzyme site, the peroxidase region [6]. Paracetamol, in various studies, seems to be as effective as other NSAIDs and safe for the treatment of hsPDA. However, the route of administration, duration of therapy, and age of onset of treatment vary across the studies [7, 8]. A recent Cochrane meta-analysis concluded that paracetamol is as effective as ibuprofen and indomethacin. The neurodevelopmental outcome of those treated with paracetamol is

not different from those treated with ibuprofen [9].

In our unit, either indomethacin or ibuprofen is used as first-line medical therapy for hsPDA. Paracetamol is usually reserved for those infants who did not respond to one/two indomethacin/ibuprofen therapy courses or when indomethacin/ibuprofen is contraindicated. We conducted a retrospective clinical audit to evaluate the effect of late therapy with paracetamol on hsPDA in VLBW infants. We did this audit to see whether late paracetamol treatment would decrease the size of hsPDA, reducing the need for surgical ligation.

We audited all the VLBW infants born at KK Women’s and Children’s Hospital, Singapore, from 1st January 2017 to 31st December 2018, who were treated with paracetamol (Intravenous preparation, Paracetamol. Braun®, UK or oral preparation, Axcel Paracetamol, Kotra Pharma, Malaysia) for hsPDA. The VLBW infants are defined as a birth weight <1500 grams. The dose of paracetamol used was 15 mg/kg/per dose six hourly for five days by either oral or intravenous route of administration. The oral preparation was diluted as per our department guidelines (American Academy of Pediatrics, USA and ESPGHAN recommendations) to optimize the osmolality to <450 mOsm/kg to reduce feed intolerance and risk of NEC in VLBW infants [10]. The neat osmolality of our paracetamol suspension was >2000 mOsm/kg and required 1:6 dilution with water to achieve an osmolality of <400 mOsm/kg to reduce the untoward adverse effects related to hyperosmolality of feeds in VLBW infants [11]. Baseline renal and liver function tests were done before the initiation and midway during the treatment period. All infants had an echocardiogram before the initiation of therapy and 72 hours after completion of paracetamol therapy. We considered late treatment when the paracetamol therapy was initiated beyond two weeks of life.

The essential demographic characteristic of the study population and complications of paracetamol therapy were collected. The echocardiographic data collected includes:

The echocardiograms were performed using Philips CX50 (Philips Diagnostx, LLC, 5735 Benjamin Center Dr., Tampa, FL, USA) with a 12 MHz sector probe by cardiac technicians. A Paediatric Cardiologist reported them independently. The reporting cardiologist was unaware of the medication used for PDA closure. HsPDA was defined as the presence of one or more of the features such as PDA size of ≥2 mm, left atrial and ventricular dilatation (represented by >2 standard deviations for the gestational age), clinical signs of congestive heart failure, radiological signs of cardiomegaly or pulmonary congestion in an infant who was ventilation or CPAP dependent. Data were analysed using SPSS version 19. Non-parametric data were analysed using Wilcoxon signed-rank test, and the Mann-Whitney U test was used for continuous variables. A p-value of < 0.05 was considered statistically significant.

A total of 32 infants (7.4%) of 436 VLBW infants born in our center during the study period received paracetamol for hsPDA. Nine infants were excluded from analysis as the paracetamol was given <14 days of life. Rest, 23(72%) of them received late paracetamol for closure of hsPDA (Figure 1).

The mean gestation of the study population was 26.1 ± 2.1 weeks, and the mean birth weight was 830 ± 307 grams. The other baseline characteristics of the study population are summarized in Table 1. The mean age at initiation of paracetamol therapy was 31 ± 2.9 weeks (IQR 28-33 weeks) postmenstrual age. All infants in our cohort showed significant left atrial and ventricular dilatation, and all demonstrated continuous left to right shunt across the patent ductus arteriosus. Twenty (87%) infants received the complete course of 20 doses of paracetamol (15mg/kg/dose six hourly) over five days. The remaining three infants received only ten doses due to gastro-intestinal concerns such as abdominal distension, bilious gastric aspirates, etc. Fourteen infants (60%) were given oral paracetamol, and the rest received intravenous preparation. Of the study population, 87% had received at least one previous medical therapy with either indomethacin or ibuprofen. Three infants did not receive any prior medication for hsPDA due to the high risk of NEC/intestinal perforation in the early neonatal period.

Paracetamol treatment resulted in a moderate decrease in the size of the PDA, from 2.82 ± 0.72 mm before initiation of therapy to the post-treatment size of 2.50 ± 0.59 mm (P < 0.03). The maximal systolic and diastolic velocity across PDA, before and after paracetamol therapy was significantly different (2.23 ± 0.83 m/s vs. 2.68 ± 0.77 m/s, P < 0.04 and 0.63 ± 0.45 m/s vs. 1.06 ± 0.63 m/s, P < 0.01, respectively), indicating the ductal response to paracetamol (Table 2). The complete closure of hsPDA following paracetamol was observed in only three infants (13%). In another four (18%) infants, the ductal size decreased by > 25%, and in 16 (69%) infants, there was minimal or no change in ductal diameter. In our VLBW cohort, nine infants (39%) finally underwent surgical PDA ligation (one of the ligated infants had shown >25% reduction in ductal diameter with paracetamol). We compared the ductal Doppler characteristics of infants who underwent ductal ligation to those who did not require surgical intervention. Larger pre-treatment ductal size, lower mean birth weight, lower gestational age, and lower diastolic velocity did not reach statistical significance between the groups (Table 3). 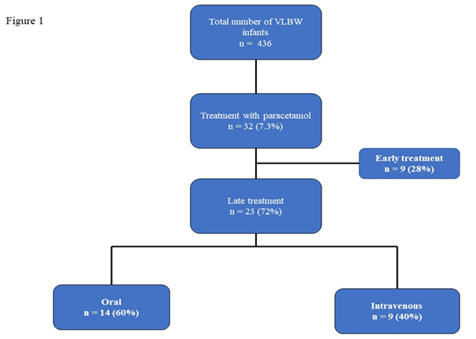 Figure 1: Flow diagram of very low birth weight infants recruited in to the study and the mode of intervention.

Table 2: Echocardiographic changes prior and after initiation of paracetamol therapy.

There were no significant adverse effects noted in the treatment group. Two infants in our cohort had worsening serum bilirubin levels (50-80% of baseline), and one had a mild elevation of aspartate transaminase (1.4 times the upper limit of normal). All abnormal liver function tests resolved spontaneously on completion of treatment. There were no cases of oliguria, renal impairment, NEC, or intestinal perforations observed in this cohort.

In this study, successful ductal closure was achieved only in 13% of VLBW infants who received late paracetamol therapy. However, ductal constriction was noted in 18% of treated infants. However, nine infants eventually required surgical ligation. Our study results are similar to those recently published studies of late paracetamol therapy by Kluckow et al. and Roofthooft et al. in a similar population [12, 13]. Roofthooft et al. demonstrated a complete closure in 18% of patients (6/33) with a mean gestation of 25 weeks, and the median day of therapy was 14 days. In the randomized controlled trial by Kluckow et al. comparing the late treatment of oral paracetamol vs. placebo in neonates with mean gestation of 27 weeks, achieved complete ductal closure only in 15% (4/27) of them. The studies showing higher efficacy of paracetamol therapy for PDA had higher gestation at birth and earlier initiation of treatment (< 2 weeks of age). Though the paracetamol dose was similar among the studies, the duration of therapy varied from 3 to 7 days [5, 14-16]. Most of the studies were confounded by a small number of study subjects.

The efficacy of late treatment of persistent ductus arteriosus with paracetamol varies widely across the studies and appears to be less efficacious than early initiation of therapy. Özdemir et al. demonstrated a complete closure in 71% (5/7) of infants with a mean gestational age of 26 weeks following late oral paracetamol therapy. On the other hand, El Khuffash et al. demonstrated only a 25% closure rate and ductal constriction in 63% of infants in a similar gestational age group following intravenous paracetamol. Four infants later underwent surgical ligation [17, 18]. The wide variation in response to late paracetamol therapy in our study and previous studies can be partly explained by limited data on pharmacokinetics in the preterm population. As demonstrated in animal studies, the dose required to induce the ductal constriction is ten times higher than the dose level required for the analgesic effect. The duration of therapy may also influence the drug concentration to achieve the clinical outcome [19, 20]. In a study by Kessel et al., the dose of 15 mg/kg body weight reached a serum level of 10-20 mg/ml, a recommended level of analgesia [21]. Available evidence shows that extremely preterm infants respond poorly to COX inhibitor therapy due to various factors [22]. A recent study by Guimaraes et al. showed a reasonable ductal closure rate (74.7%) following low dose paracetamol with mean gestation of 27 weeks, while the therapy was instituted within the first week of life. The babies with the lowest average birth weight and higher ductal diameter had an inadequate response to treatment [23]. Though the efficacy of late paracetamol on ductal closure is low, it can reduce the ligation rate, as shown by Marshally et al. [24].

In our study, most infants received oral paracetamol, and only one infant who showed complete ductal closure had received the oral preparation. Adverse effects were unremarkable in our cohort, especially major gastrointestinal complications like NEC/perforation, possibly due to optimization of the osmolality of the paracetamol suspension and the use of breast milk/pasteurized donor human milk feeds for > 97% of our VLBW cohort. It is postulated that the oral route of administration is better than the intravenous route due to better bioavailability, but a meta-analysis showed equal efficacy in either way [25]. The only prospective study available to date comparing intravenous and oral paracetamol showed a slightly higher rate of ductal closure in the oral route but didn’t reach significance (88% vs. 70%, P = 0.58) [26].

Our study showed a statistically significant difference in pre and post-treatment ductal diameter and Doppler velocities measured in both systole and diastole across the DA, indicating ductal response to the paracetamol. The higher ductal flow velocities (Vmax) across PDA post-treatment may restrict the flow and progress towards natural closure. Higher ductal flow velocities are associated with an increased rate of ductal closure in preterm infants [27]. We also noted the difference in Doppler velocity parameters among those who underwent duct ligation and non-ligated infants. The diastolic velocities were higher in infants who did not require ligation than the infants who underwent ligation. However, it did not reach statistical significance due to the small sample size. The strengths of our study are the use of combined Doppler changes before and after completion of paracetamol therapy and the correlation of echocardiographic features with the clinical outcome of late paracetamol therapy in VLBW infants. Though the closure rate is low, this study shows a favorable effect of late paracetamol on ductal constriction in VLBW infants, potentially avoiding ligation, facilitating time for spontaneous closure. However, its retrospective design, a small number of study subjects, a lack of control/comparison group, and the absence of data on serum paracetamol concentrations limit our study.

Late therapy with paracetamol has a beneficial effect on a small group of VLBW infants, inducing ductal closure or constriction, and appears to be safe. However, these findings need to be evaluated in a large prospective placebo-controlled trial to ascertain the efficacy and safety (short and long-term), appropriate route of administration, and optimal dose to achieve ductal closure in VLBW infants with persistent hsPDA beyond two weeks of life.

RAM- Statistical analysis of data and edited the manuscript.

EH- Contributed to the initial draft of the manuscript and data collection.

Declaration of Conflict of Interest

All the authors have stated explicitly that there are no conflicts of interest in connection with this article.

All authors approved the final copy of the manuscript for submission.