Carotid Artery Dissection (CAD) typically presents with an acute onset of neck pain and headache. It can occur spontaneously or secondary to neck trauma. Neck trauma can be major following a road traffic accident or assault, or can be minor, for example, through coughing, sneezing or hiccups. There is also a postulated link between CAD and upper respiratory tract infections. Here we describe an unusual case of CAD presenting as a hypoglossal nerve palsy which was preceded by a coryzal illness. It highlights the importance of maintaining a high index of suspicion in patients with acute focal neurology. The early diagnosis and management of CAD helps to prevent complications such as ischemic stroke or loss of vision.

A 49-year-old gentleman was referred by his GP to the acute medical unit. He presented with a four day history of a sudden onset of left posterior neck pain and left sided ear ache. He then developed a gradual onset of slurred speech and difficulty in moving his tongue. He stated that his “tongue feels enlarged.” There was no history of major trauma or excessive exercise. Seven days prior to this hospital presentation, he complained of having developed a mild coryzal illness with an occasional dry cough.

Figure 1: The CNXII supplies motor function to the tongue. CNXII palsy is manifested as tongue deviation toward the side of injury.

There was no other neurological deficit identified. His blood tests were unremarkable and his ECG showed normal sinus rhythm. He was reviewed by the inpatient neurology team who recommended brain imaging to rule out a vascular and/or intracranial pathology. An MRI-Head showed diminished flow within the left internal carotid artery. A subsequent CT-angiogram of the aortic arch and carotids showed features consistent with a left cervical internal carotid artery dissection (CAD) (Figures 2-4). 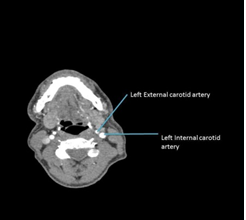 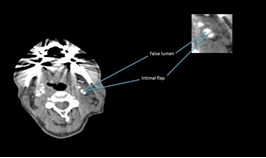 Figure 3: CT-Angiogram showing a left CAD at the level of the upper cervical spine. There is the formation of an intimal flap separating the true and false lumens. There is also a small diverticulum/focal saccular aneurysm projecting from this artery at this level. 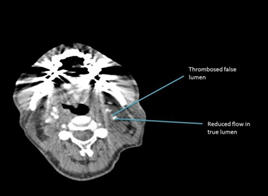 The Royal College of Physicians recommends using anticoagulation or antiplatelet therapy for three months in managing CAD [1]. This patient was started on aspirin and his symptoms began to improve as his antiplatelet course continued. CAD occurs due to a tear being formed in the tunica intima, resulting in an intramural haematoma and the creation of a false lumen (Figure 5). 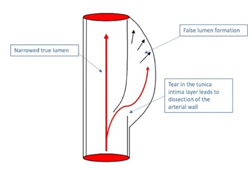 Figure 5: CAD occurs due to a tear being formed in the tunica intima, resulting in an intramural haematoma and the creation of a false lumen.
Thrombus formation (Figure 6, 7) and distal embolization (Figure 8) may lead to an ischaemic stroke [2]. 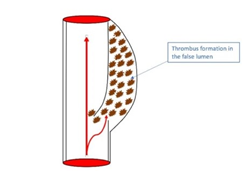 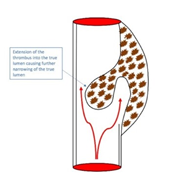 Figure 7: Thrombus formation and a subsequent increase in size within the false lumen can cause a reduction in blood flow within the true lumen. 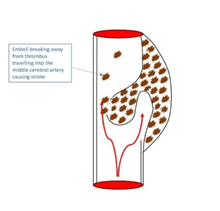 Figure 8: Emboli can break off of an intramural thrombus. They can travel to the Circle of Willis and manifest as an ischamic stroke.

Alternatively, there may be aneurysmal dilatation which may result in the compression of neighboring structures [2]. CNXII for example passes inferiorly to the angle of the mandible, crossing the internal and external carotid arteries before moving anteriorly to enter the tongue (Figure 9). 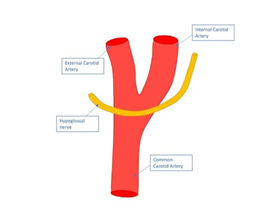 Figure 9: CNXII crosses the internal and external carotid arteries before moving anteriorly to enter the tongue.

Although it is rare, the aneurysmal dilatation of a dissection can compress this nerve resulting in an isolated CNXII as seen in this case (Figure 10). 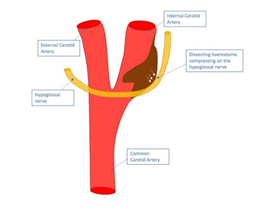 Even though dissections are associated with major neck trauma, they can also be caused by trivial events like coughing, sneezing and hiccups [2]. Grau et al. postulate that there is a link with CAD and upper respiratory tract infections independent of coughing [3]. The combination of this patient’s coughing and preceding coryzal illness are possible aetiologies for his dissection.