Unilateral resection of mammary gland tumor (MGT) induce severe pain and it is necessary to use narcotic analgesics. Butorphanol has a weak analgesic effect and is effective for moderate pain, but it is thought that effective analgesia can be obtained by combining with other analgesics. However, since the information of analgesic effect of butorphanol is limited, this study compared the analgesic effect of continuous rate infusion (CRI) of butorphanol with fentanyl, a narcotic opioid, in MGT unilateral resection. 14 dogs undergoing MGT unilateral resection at Kitasato University Veterinary Teaching Hospital were randomly assigned to the fentanyl administration group (F group, n=8) and the butorphanol administration group (Group B, n=6). All patients were induced anesthesia by propofol and maintained with isoflurane. In group F, fentanyl(0.005 mg/kg) was injected followed by CRI (0.005 to0.02 mg/kg/hr). In group B, after injected initial dose of butorphanol (0.1 mg/kg), CRI was started (0.2 to 0.4 mg/kg/hr). Bupivacaine (1 mg/kg) was infiltrated into the wound surface after tumor removal, and CRI was discontinued at the start of wound closure, and buprenorphine was IV. Heart rate and inhalational anesthesia concentration were recorded during anesthesia and the pain score was evaluated after recovered from anesthesia. There was no significant difference in heart rate, inhalation anesthetic concentration and the pain score between the two groups. It was found that analgesia with butorphanol was effective as same as fentanyl when combined with other analgesics. These results will provide choices of analgesic protocols for several surgical procedures.

Pain management is crucial element because perioperative pain affects surgical outcomes. Although there are various analgesics used in the perioperative period, opioids have a strong analgesic effect by binding to three types of receptors, μ, δ, and κat various sites such as the dorsal horn of the spinal cord and the cerebrum. Therefore, it is considered to be the main axis of analgesia in the perioperative period. However, although it has high analgesic effects, it is known that mu receptor agonists may cause respiratory depression and gastrointestinal dysfunction as side effects, and caution is required when using high doses [1 , 2]. In order to reduce the risk of such side effects, multimodal analgesia, which combines multiple analgesics with different mechanisms of action other than opioids, as a method of obtaining an appropriate analgesic effect while suppressing the dose of opioids, has been recommended [3, 4]. In addition, morphine and fentanyl, which have strong analgesic effects, are designated as narcotics, and their use is severely restricted in some countries and regions, and may not be suitable for daily use. Butorphanol is a non-narcotic opioid and an analgesic widely used in clinical practice.

Butorphanol acts as a partial antagonist for μ receptor and shows an analgesic effect mainly by binding to κ receptor [5]. Compared with narcotic μ receptor agonist, it has less respiratory depression effect and is used. It is an easy drug. However, its analgesic effect is relatively weak and has a ceiling effect, so it is considered to be effective up to moderate pain, making it unsuitable for analgesia in highly invasive surgery. Its analgesic effect is relatively short and requires frequent or continuous administration. The analgesic effects of continuous intravenous butorphanol administration in the perioperative period are occasionally seen in horses [6] and cattle [7], but there are no reports on dogs as far as authors know. Unilateral total resection of the mammary tumor (MGT) in dogs is a routine surgical procedure performed in clinical settings. Since the mammary gland extends from near the arm pits to the groin, the incision to remove the tumor reaches almost the entire length of the trunk, and the size of the incision indicates that the degree of intraoperative pain is moderate or higher. For this reason, our university animal hospital uses fentanyl, a narcotic opioid, as an analgesic. Therefore, in this study, we evaluated the analgesic effect of continuous intravenous administration of Butorphanol with MGT unilateral total resection in dogs using a drug with few restrictions in clinical practice to establish an analgesic method without using narcotic opioids.

A group receiving fentanyl as an intraoperative analgesic (Group F, n=8) and a group receiving butorphanol (Group B, n=6) were set, and 14 dogs were randomly assigned into two groups.

2.3 Induction and maintenance of anesthesia

Pain score was evaluated every 30 minutes from 0 minutes after anesthesia recovering until 2 hours thereafter. The evaluation was performed for the following six items based on the Glasgow complex pain scale shown below, and the total value was used as a score at each time point (Figure 1). 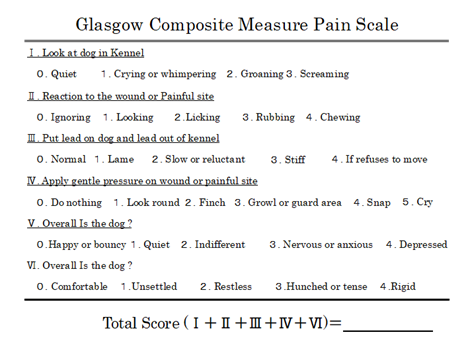 Table 1: The age, body weight and duration of anesthesia of group F and group B were shown. No significant difference was observed between the groups each subject.

(Figure 2) Shows the changes in heart rate during the operation. No significant difference was observed between groups at any time point.

(Figure 3) Shows the changes in the inhalation anesthesia concentration during the operation. No significant difference was observed between groups at any time point. 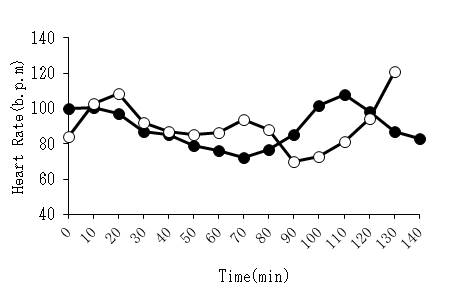 Figure 2: The change of the heart rate during the operation of the group F and the group B was shown. No significant differences were observed between groups at any time point. (Group F : white circle, Group B : black circle). 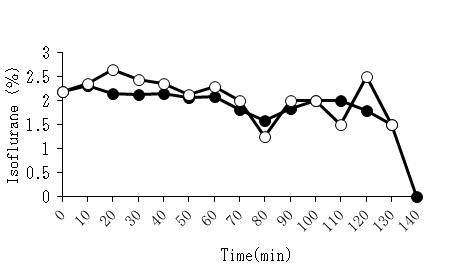 Figure 3: Changes in the concentration of the inhaled anesthetic during the operation of the groups F and B were shown. No significant differences were observed between groups at any time point. (Group F : white circle, Group B: black circle). 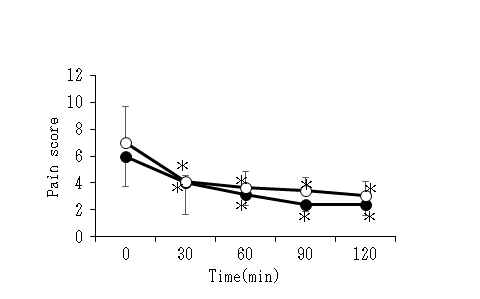 Figure 4: The changes in pain scores after the operation in the F group and the B group were shown. After the waking of the anesthesia, the scores of both groups were significantly reduced, and were lower than those at the time of waking throughout the measurement period. The scores tended to be lower in the F group than in the B group, but no significant difference was observed between the two groups. (Group F : white circle, Group B : black circle, ??P < 0.05).

If fentanyl is administered for postoperative analgesia after awakening of anesthesia, respiratory depression may occur. For this reason, when administering fentanyl even after surgery, it is necessary to monitor the patient's respiratory condition during the administration period, which is not a practical method in a private practice where the number of personnel is limited. Buprenorphine, as same as fentanyl, is a μ receptor agonist and has a strong analgesic effect, butorphanol has a ceiling effect and is unlikely to cause side effects such as respiratory depression [9, 10]. In addition, because of its high liposolubility and strong affinity with the receptor, a single intravenous or intramuscular administration can provide an analgesic effect over a long period of 6 hours or more [9]. Therefore, by administering buprenorphine at the end of continuous intravenous administration of fentanyl, it becomes possible to reduce the risk of respiratory depression and perform postoperative pain management. Butorphanol, like buprenorphine, has a ceiling effect on its receptors, and the risk of respiratory depression is low even when administered after awakening of anesthesia [11]. However, butorphanol, like fentanyl, has a relatively short blood half-life, so frequent or continuous administration is required to maintain effective blood levels. Therefore, it is considered that continuous intravenous administration of butorphanol is stopped after surgery, and administration of buprenorphine can provide an analgesic effect for a long time with a single administration, thereby facilitating postoperative management. However, it is known that butorphanol and buprenorphine antagonize at the μ receptor, and since buprenorphine is also a κ receptor antagonist, it has been reported that the analgesic effect is diminished by using these drugs in combination [12]. In this study, it is possible that antagonism between butorphanol and buprenorphine might occur, and it was also predicted that postoperative pain scores would increase. However, as in the fentanyl group, the pain score of the butorphanol group declined with the passage of time after anesthesia was awake, and there were no individuals whose analgesic effect was antagonized and pain was exacerbated. Probably did not occur.

There is no conflict of interest in this article. Thank you for your peer review.