Najaf M. Cannonball Metastasis as a Presenting Imaging Feature of Cancer of Unknown Primary. Journal of Radiology and Clinical Imaging 5 (2022): 50-52.

A 56 year old male presented with three weeks of shortness of breath associated with cough productive of green sputum and haemoptysis. He also reported significant weight loss, myalgia and chest pain upon coughing. He has no past medical or surgical history and is an ex-smoker. On examination, observations were normal aside from tachycardia. Coarse crackles were audible throughout the chest. Abdominal palpation revealed tenderness in the right upper quadrant with a four finger breadth hepatomegaly. No other clinical findings were identified. Bloods revealed a C-reactive protein 183, corrected calcium 2.43, alanine transaminase 60 u/L, alkaline phosphatase 672 u/L, hemoglobin 122g/L and white cell count 13.5 × 10*9/L.

Initial imaging modality used was a plain chest x-ray which revealed multiple bilateral well-circumscribed pulmonary lesions (Figure 1). A CT thorax, abdomen and pelvis was arranged which again revealed multiple bilateral lung nodules and masses up to 7cm in the left lung base (Figure 2). Some of the small lung nodules contained cavitation. Mediastinal and bilateral hilar lymphadenopathy was observed and was causing external compression on the pulmonary arteries and completely occluding the right upper lobe pulmonary artery. Bilateral apical lung scarring was also noted. In addition, multiple liver, adrenal and renal lesions were identified. Mild pancreatic duct dilatation was observed in the body and a possible low attenuation lesion in the centre of the pancreatic head. Peri-pancreatic and lower para-oesophageal lymphadenopathy was also present. 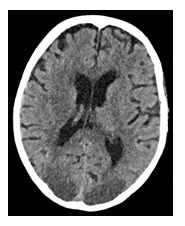 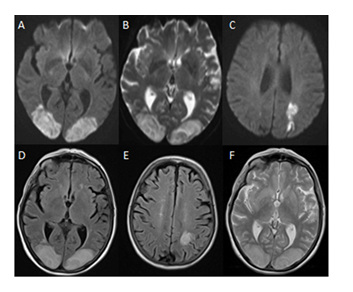 20-54% of malignant tumours metastasise to the lungs which makes the lung the second most common site for metastasis [1]. Solitary lung nodules can either be a primary lung tumour or a metastasis from a primary elsewhere. However, multiple lung nodules >5mm are highly suspicious of metastatic lung cancer [1]. Despite this, pulmonary nodules should not be assumed to be metastatic without performing a biopsy [1].

Cancers that commonly metastasise to the lung include breast, lung, colorectal, renal cell carcinoma and pancreatic. These typically present in middle aged or older adults and have a prevalence of 1-100,000 [2]. Other primaries that metastasise to the lungs include testicular, choriocarcinoma, osteosarcoma, thyroid, malignant melanoma, ewing sarcoma and adrenal [3-5]. Occasionally a primary cannot be identified and is termed Cancer of unknown primary (CUP) [3].

A cannonball appearance of metastasis is the term often given to larger nodules and masses observed in the lung field [4]. Alternatively, lung metastasis can be numerous and small giving a “milliary pattern” as seen in malignant melanoma, skeletal sarcoma, testicular carcinoma and adenocarcinomas [5].

CT imaging is excellent not only at visualising the nodules but also to look for the primary tumour site. If a likely primary is identified, tumour type specific treatment should be commenced. In the absence of radiographically detected or clinically suspected primary site, the least risk associated site for core needle biopsy should be identified by the reporting radiologist. Ultrasound guided or surgical biopsy should be sent for histopathological, molecular and genetic testing [6]. Tumour markers may also aid in the identification of the primary cancer [6]. For example, beta Human Chorionic Gonadotrophin (HCG) is significantly elevated in pure choriocarcinoma (>1000 IU/L, normal range is <2 mIU/mL) and these do not produce Alpha Fetoprotein (AFP).

A CT thorax, abdomen and pelvis did not identify a primary. AFP and beta HCG was done which was 2 and 20144.9 respectively. A right axillary biopsy was carried out showing metastatic adenocarcinoma with immunophenotype. An urothelial origin was suggested and a pulmonary origin could also not be excluded.

In an ideal scenario the above workup will suffice to identify the primary site of disease. Cancer of Unknown Primary (CUP) is a histologically diagnosed metastatic cancer where the primary tumour site cannot be located with standard evaluation and imaging studies [6]. In patients with presumed CUP a primary site is identified in less than 30% during the above workup and less than 20% can be further classed into favourable or treatable based on clinical presentation, histological and radiological findings. Patient can present with a variety of signs and symptoms relating to the site of malignancy owing to the diversity of CUP [6]. It makes up approximately 2-5% of all diagnosed cancers worldwide [6]. Approximately 50% of CUP are metastatic adenocarcinomas, 15% are squamous cell carcinoma and about 30% are undifferentiated or poorly differentiated carcinomas [6].

Written consent was gained from the patient for the publication of this case.

There are no conflicts of interest to declare in writing this case report.