Aim: The aim of the study was to determine the prevalence of abnormal uterine bleeding and its various patterns from the gynecologists across the country and the preferred therapy in the management of AUB.

Material and Methods: The survey was conducted amongst 141 gynecologists across the country. Information was collected by filling up a questionnaire that contained information regarding menstrual cycle irregularities, preferred therapy and alternatives which can be preferred over hormonal prescriptions in case of therapy failure. Statistical data analysis was performed with Microsoft excel 2010 and expressed in percentages.

Results: Prevalence of AUB as per this survey is in line with the global data which states that overall prevalence fluctuates in between 10-30%. In this survey, doctors reported 32.72% of females visit their clinic due to AUB. Females of reproductive age group accounted for a major percentage of menstrual irregularities and the most common condition quoted was menorrhagia in 16.06%. Doctors also shared their experience in terms of preferred therapy in the management of AUB and also the percentage of discontinuation/refusal by females for hormonal therapy.

Conclusion: The result of the study concluded that significant number of female have issue of abnormal uterine bleeding and limitations of existing therapy leading to discontinuation/refusal opens the door for exploring still safer options in managing AUB.

Abnormal uterine bleeding (AUB) is the most common symptom of gynecological conditions, which is defined as any type of bleeding in which the duration, frequency, or amount is excessive for an individual patient [1]. This questionnaire based study was carried out amongst 141 doctors from various states in India. The main objective behind conducting this survey was to gather doctor centric data because even after extensive literature search, none of the published evidence could be procured which can throw some light on discontinuation rate, refusal for hormonal therapy and alternative drugs adopted for AUB management in Indian context. The desired information was collected with a self-designed questionnaire that contained information regarding overall prevalence of AUB, prevalence based on age groups; prevalence of AUB based on cycle length and duration, preferred therapy for AUB, recurrence rate after treating with preferred therapy and also contained the information regarding preferred use of alternative therapy if any. Statistical data analysis was performed with Microsoft Office Excel 2010 and expressed in the form of numbers and percentages. The survey conducted was doctor centric wherein their view was taken into account for bringing out few facts and figures related to AUB and its current management trend in Indian females.

The questionnaire used for this study consisted of 10 items as listed below:

Data obtained was analysed with Microsoft Office Excel 2010 and expressed in the form of number and percentage.

The result of this question based study on various parameters is as follows. In this study, data from 141 doctors was analyzed. As per the designed questionnaire the doctors were asked to mention

Medicine/surgical therapy for those suffering from AUB is tabulated in Table 3 wherein, it was seen that although 43.85% of the doctors prescribe hormonal therapy still there are 17.36% of them who prefer prescribing alternative medicine which gives a hope of treatment for those female patients who face either treatment failure due to tolerability issues or have recurred/relapsed after treatment cessation (Figure 3). 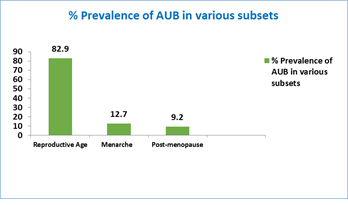 Table 2: Various types of AUB based on cycle length and blood flow. 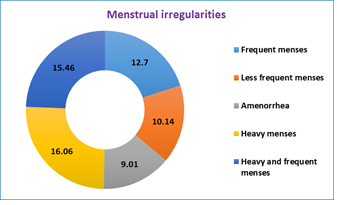 Figure 2: AUB based on cycle length and blood flow. 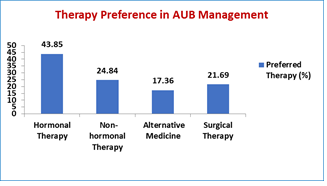 Table 4: Duration of therapy preferred in management of AUB. 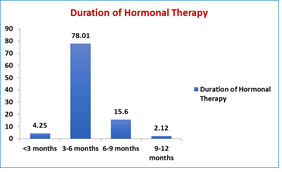 Figure 4: Preferred duration of therapy in management of AUB. 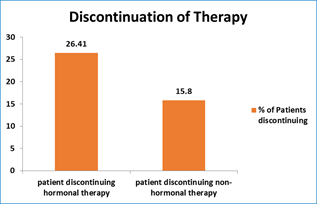 Table 6: % Preference for Phytopharmceutical in Management of AUB. 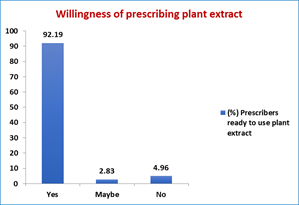 Figure 6: % of Prescribers willing to give phytopharmaceutical as an alternative to hormonal therapy.

Menstruation is a natural, normal biological process experienced by all adolescent girls and women in reproductive age [2]. Excessive or inappropriately timed bleeding from the vagina is one of the most common complaints for which women seek advice from medical healthcare providers [2]. In a study conducted among the women of rural India, 60.6% were having menstrual disorders as one of the common gynaecological diseases [3]. One of the major issue encountered during surveys have been underreporting. Bang et al. found that only 7-8% of the women had ever had a gynaecological examination in the past, even though 55% were aware of having gynaecological disorders [3].

Amita et al. had conducted a patient centric survey in Central India (Madhya Pradesh) to understand the patterns of menstruation and identify the prevalence of common menstrual disorders among women of rural areas. As per the data collected from patients attending PHC OPD, it was seen that 24.56% of subjects reported irregularity in their menstrual cycle [4].

In this doctor centric survey, the percentage prevalence of AUB was accounted as 32.72%. The patient centric study conducted by Amita et al. noted that 7.01% reported for scanty blood flow whereas in the doctor centric survey the percentage accounted for amenorrhea was about 9.01%. 21.05% of females enrolled in the survey conducted at PHC in Madhya Pradesh cited for polymenorrhoea while the doctors in our survey reported that around 12.7% females turn up with complain of frequent menses (cycle length <21days). Amita et al in its study reported that 7.01% of females suffer from oligomenorrhea while the gynecologists in our survey reported that approximately 10.14% of females turn up to their clinics with a complain of less frequent menses (cycle length >35 days). The points to be concluded from the current survey is that though there are many published evidences and topics covered on AUB and its scenario in Indian context, still none of them have discussed about the therapy failure due to discontinuation, relapse or refusal and also about the alternative options for treating such subsets of females. One of the basic reasons behind not having such data till date is that majority of studies have been patient centric and hence this survey becomes first of its kind to discuss the doctors’ point of view.

This study is first in itself to present the facts on prevalence of AUB and its various patterns from doctor’s point of view. It can be concluded that although the recurrence rate, discontinuation rate or refusal to hormonal therapy is alarmingly high but still the hormonal therapy is the preferred therapy as it is supported by extensive literature and excellent efficacy and tolerability in majority of the patients. Major concern is that what can be done for patients do not tolerate hormonal therapy or refuse to take it or land up with recurrence after discontinuation of therapy. Survey showed that majority of doctors are willing to explore an alternative option provided these phytopharmaceuticals have extensive safety and efficacy data to support its use.

The author would like to express his thanks to all practicing gynecologists across India for their active participation in answering all the questions with respect to AUB and help us to enlighten everyone about the pros and cons of the therapy used in daily practice in management of AUB. The author is also thankful to Ms. Kanchan Choudhary for helping to inscribe the manuscript and in performing statistical analysis.