The current study aimed at evaluating the current Egyptian personal status law as regard the family of divorce depressive disorder and its complications as deliberated self-harm (D.S.H), suicide, drug abuse and addiction. Many statistical data were collected and assessed by the researcher in order to find out the significant impact of the previously mentioned laws and legislations. Data were collected from the Central Agency for Public Mobilization and Statistics, General Secretariat of Mental Health and Addiction Treatment, National Research for Addiction, and previous publications. Data collected from different sources revealed that there is positive correlation between the cases of divorce and the amendments made in the personal status law during the recent few years. There are also impacts of the child custody age and the suspected cases of depression with its complication in all aspects of life. The findings suggest the need to revise the personal status law and to make the suitable corrections in order to avoid the exposure of the family of divorce to different negative impacts on custody and non-custody parent as depressive disorder.

In the recent few years, the number of children living with single parent has continued to rise. Those children are more likely to have psychiatric disorders as depression. They are more likely to commit D.S.H. and suicide as well as getting into drug abuse and dependence in comparison with children who live in healthy dynamic families or in sharing custody system which will attribute in socio-economic pressure. Also the custody parent suffers from stressful and overloaded life styles in financial and social responsibility, while non-custody parent suffers from emotional deprivation for his kid also parental alienation may occur. Personal status law (number 25 (1920 and 1929 amended by number 100 (1985) and number 1 (2000) and number 10 (2004)) and legislative process as regard the child custody age and its arrangement as well as the system of vision and the system of hosting and living and sharing custody between the two parents in several countries have been discussed and compared.

In USA and Germany, the court decides the suitable custody parent (father or mother) according to criteria where is the highest benefiting for divorced children and their safety and security as well as physical and emotional development. In many Arab countries, the custody is always first to the mother then to the father with different types and ages of custody system. In Egypt, the custody goes to the mother till the age of 15 years, and then the child is given the right to choose between living his/her mother or father. When the mother dies – even the marriage still existing – the custody will be removed from the father to the maternal grandmother regardless to the socio-economic and educational level so that the child becomes an orphan of the mother and father at the same time. In divorce, the father is number 16 in the custody of his child. With system of vision only three hours per week for the non- custody parent (always the father) only in public area (social club or public garden), and when the father dies, this system is transferred to the grandfather.

The main three critical points in the family law were:Age of custody: According to article number 20 of the law number 25 (1920) was replaced by the law number 4 (2005) in its first article states that the age of mother custody ends at 15 years old either for male or female child. Then the Judge asks the child to choose either to stay with his mother or not.

Arrangement of custody: Article number 20 of the law number 25 (1920) which was replaced by the law number 100 (1985) in its fifth article states that the custody first goes to the mother and then to the consanguinity finally the father comes in the rank number 16 in custody arrangement.

System of vision, hosting and living: Article number 20 of the law number 25 (1920) amended by the law number 100 (1985) in its second article states that it is the right for both parents to see the child and the grandparents have the same rights in the absence of parents. The vision should be in a psychologically safe place for the child and never done obligatory. If the one who has the child custody refused the vision, he will be warned by the Judge and if repeated the custody will then transferred to the next one according to the previous statement (E.Gov.Gate).These three critical points have negative impacts on children, parents, grandparents and society.

Living in a single parent family is strongly correlated with school failure and problems of delinquency, drug use, teenage pregnancies, poverty, and welfare dependency in the United States (Fagan, 2017). Children living with one single parent have worse well-being in terms of physical health behavior, mental health, peer friendships, bullying, cultural activities, sports, and family relationships, compared to children from intact families. As a contrast, children in a shared parenting arrangement that live approximately equal amount of time with their divorced mother and father have about the same well-being as children from intact families and better outcomes than children with only one custodial parent [8]. Children of single parents are more likely to have problems, including being twice as likely to suffer from mental illness [3]. Also fatherless children are three times more likely to be unhappy, and are also more likely to engage in anti-social behavior, abuse substance [2, 13]. In the National Research for Addiction (2015) it was found that when the father leaves the home as in divorce, the incidence of alcohol or drug abuse of the children becomes more than two folds when the father lives with his family (36.3 and 16.7, respectively). Significant differences also could be found between the state of leaving father and the other three cases as shown in Figure 1. 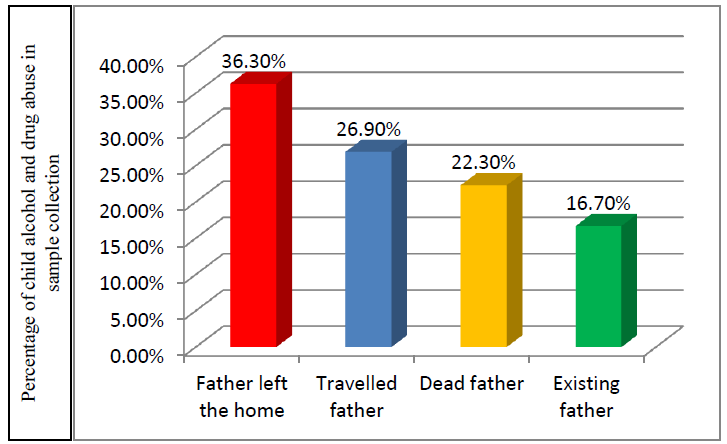 Figure 1: Relation between status of the father and his child alcohol and drug abuse.

2.2.1. Parental alienation: Parental alienation is the process and the result of psychological manipulation of a child into showing unwarranted fear, disrespect or hostility towards a parent, relative or others. It is a distinctive form of psychological abuse and family violence, towards both the child and the rejected family members, that occurs almost exclusively in association with family separation or divorce, particularly where legal action is involved. The most common cause is one parent wishing to exclude the other parent from the life of their child [9].

2.2.2. Family estrangement: (or, simply, estrangement) is the loss of a previously existing relationship between family members, through physical and/or emotional distancing, often to the extent that there is little or no communication between the individuals involved for a prolonged period. It may result either from direct interactions between those affected – including traumatic experiences of domestic violence, abuse, neglect and parental alienation [1]. 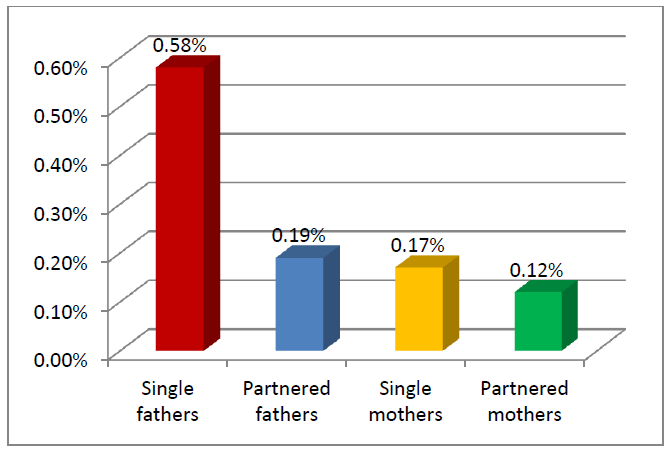 2.3 Impact on society: Since there are negative impacts on children, parents and grandparents; it will be reflected on the entire society in the form of socio-economic impacts.

2.3.1 Negative psychological effects: Lack of empathy and tight relationships between these families together and with divorced children.

2.3.2 Financial effects: The productivity of such families would decline and consequently decrease of the national income.

2.3.3 Impact on criminal rate: Children of single parents are more likely to involve in dangerous behaviors such as smoking, drinking alcohol, drug abuse, crime, delinquency, violence, sexual activity, suicide attempts, etc. Often, children left alone at home for long periods when their parents get outside to work, they may be unduly influenced by peers that can lead to unwanted behavior [11].

Since the recent legislative amendments to the current Egyptian personal status law characterized by rigidity and does not take into account the individual and social and psychological papers between each case and the other, which leads to many negative effects on children of separation, parents, grandparents, social cohesion and individual productivity and national income of the country. Therefore, the it was recommended to re-study these articles on the basis of the best interest of the divorced child and ensure its safety and development proper under the cover of joint care and limited the custody between the mother first and then the father unless there are contraindications to one of them and reduce the age of custody at least seven years and not more than the beginning of adolescence. It is 12 years with the abolition of selection system and reevaluation the custody parent every five years. One of the other proposed points is giving the court more space for freedom to eliminate social justice according to the nature of each case. Also to empower the role of committees to assist the judiciary from psychiatrists, psychologist and social specialist provided that this committee includes at least one female member to examine divorce cases and determine the best system for custody of the child as well as activation of pre-marriage rehabilitation programs for young people and marital counseling programs to resolve family disputes and maintain the cohesion of the Egyptian family.