Impact of Indication for Labour Induction on Caesarean Section Delivery

Department of Obstetrics and Gynaecology, Our Lady of Lourdes Hospital Drogheda, Republic of Ireland

Objective: The aim of this study is to determine the impact of indication for induction of labour on mode of delivery. Study design: A retrospective study.

Place and duration of study: Our Lady of Lourdes Hospital, Drogheda, RCSI group of hospitals, Ireland, from 1st January 2019 till 31st December 2019.

Methodology: In this retrospective cohort 409 case notes of primigravida whose labour was induced were selected. Indication for induction, Gestational age, parity, BMI and mode of delivery was taken into account.

Conclusion: Mode of delivery was affected by indication of induction which was highest among women induced for suspected macrosomia. CS is a major surgery with adverse risks to mother both in current and subsequent pregnancies. Maternal demographic factors like obesity (BMI >30), advanced birth weeks and, nulliparity are independent risk factors for CS risk. A planned caesarean deliveryshould be discussed with the woman in presence of secondary risk factors, to avoid the trauma and prolong hospitalization that can result from failed induction.

Induction of labour (IOL) rates have risen in recent decades [1]. In UK, caesarean deliveries have increased from 19.7% in 2000 to 26.2% in 2015 [1]. Indications include those which are based on strong evidence, e.g gestational diabetes (GDM), spontaneous rupture of membranes, hypertensive disorders, suspected fetal compromise, maternal age & those which are more dubious e.g. suspected fetal macrosomia and maternal request [2]. Clinicians should acknowledge the available evidence for decision making and discuss this with the patient. IOL increases the risk of caesarean section (CS) [3]. IOL for indications without strong supportive evidence may be one of the predictors for rising CS rate, this not only affects maternal health and future pregnancy but also has economic consequences [4]. CS carries almost a three times risk of maternal morbidity and mortality compared to vaginal delivery [5]. Wide variation in CS rates, from 14 to 52 percent in 31 different European countries has raised the issue of current practice [6]. The aim of this study is to relate the indications for IOL to delivery outcome.

This retrospective cohort study was conducted in a university affiliated Irish hospital with 2954 deliveries (including twin pregnancies) last year. The study population comprised 409 primigravida who underwent induction of labour and delivered at this hospital between January 1st and December 31st 2019. Patients with previous CS, multiple gestation and intrauterine fetal death were excluded A literature search was performed through Medline and Cochrane library using key words like “induction of labour”, “indications for induction of labour”, “risk of caesarean delivery with induction of labour”. Indication for induction of labour was noted. The primary outcome was mode of delivery; spontaneous vaginal delivery (SVD), operative delivery (OVD) and CS. The aim of this study was to determine the association between indication for IOL with risk of CS. The indications are classified as; (a) diabetes in pregnancy. (b) Suspected fetal compromise that includes small for gestational age (SGA) and intrauterine growth retardation (IUGR)-In this group, the estimated fetal weight was less than 10th percentile which is calculated from ultrasound and customised serial growth charts. (c) Hypertensive disorders in pregnancy, that includes chronic hypertension, pregnancy induced hypertension (PIH) and preeclampsia (PET). (d) Suspected macrosomia included estimated fetal weight as confirmed by growth ultrasound and customised growth chart was above 90th centile. (e) Spontaneous rupture of membrane (SROM) at term. (f) Postdates pregnancy, gestation > 40 weeks. (g) Induction for fetal concerns e.g. static growth/fall in growth, oligohydramnios, reduced fetal movements at term, antepartum haemorrhage, obstetric cholestasis and non-reassuring CTG. (h) Induction for miscellaneous factors, e.g. maternal age > 40 years, IVF pregnancy, maternal request for induction, polyhydramnios, raised liver function tests and headache in two patients (without any medical condition), In this group one patient had artificial rupture of membranes after successful external cephalic version, a patient was induced secondary to prolonged latent phase of first stage of labour, the reason for IOL in a patient was not known. To ensure clarity, patients with previous CS, multiple gestation and intrauterine fetal deaths were excluded. The main limitations are; being a single centered study with a year of maternity hospital data, it may not be applicable to other centers with different populations. 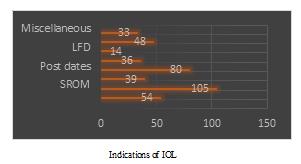 Figure 1: Indications for IOL and their mode of delivery.

Elective birth is recommended at or near term in women with either GDM or pre-existing diabetes mellitus. The rationale for this includes a reduction in perinatal complications secondary to fetal macrosomia [7], which is associated with prolonged labour, perineal trauma, emergency CS, fetal complications of hypoxic injury and shoulder dystocia. This group also carries risks of polyhydramnios and intrauterine fetal death [8, 9] and comprised 19% of our population: they all had GDM and were managed in the joint obstetric/ endocrine clinics. Depending on diabetic control they were managed with diet and lifestyle advice or metformin, with or without insulin. The patients underwent serial growth scans at 28, 32 and 36 weeks. Induction was usually jointly decided based on their diabetic control and fetal growth [10]. As per our hospital guidelines, women with GDM without metabolic, fetal or maternal complications are offered induction of labour at 40+4 weeks and otherwise, induction is scheduled at 38+4 weeks. The rate of vaginal delivery was 53.7% in this group

Hypertensive disorders, PIH and PET complicate 10 – 15% of pregnancies at term [11]: the definitive treatment is delivery as there is a risk of IUGR, intrauterine fetal death, HELLP syndrome and eclampsia [12]. In our population 6/100 women were induced due to PIH/PET between 36 and 39+6 weeks and the CS rate was 52.8%. They were all primigravida with a Bishop score of 0 to 1. To avoid the trauma of failed induction and prolonged hospital stay CS should be at least discussed with a primigravida with an unfavorable cervix, as the risk of CS is very high in any case. Term pregnancy is 37 weeks duration. There is an increasing risk of stillbirth with advancing gestation, particularly beyond 40 and 41 weeks [13]. Pregnancy is termed as prolonged after 41 weeks and post term at 42 weeks. There are no reliable tests for fetal well-being in this situation and doppler blood flow, biophysical scoring and cardiotocography have all been shown not to be of value [14]. There are different policies regarding management of post term pregnancies across Europe [15, 16]. Our practice is induction between 40+10 days and 42 weeks in the absence of risk factors. Randomised controlled trials have shown that IOL at >40 weeks was associated with fewer neonatal deaths, neonatal intensive care unit (NICU) admissions and low Apgar score but the number needed to treat to prevent one perinatal death was 4262.

Induction for SROM at or above 37 completed weeks is associated with reduction in chorioamniotis, maternal sepsis and NICU admissions [17]. About 60 percent of women labour spontaneously within 24 hours of SROM; they should be advised about the 1% risk of serious neonatal infection compared to 0.5% with intact membranes, if labour did not commence [18]. As per hospital policy, once the diagnosis is confirmed these patients are commenced on prophylactic antibiotics 18hrs after SROM and labour is induced at 24 hrs. CS rate in this group was 30.5%. Our suspected macrosomia group constituted fourteen women. Induction was planned between 37 to 40 weeks depending on Bishop score. The aim was to reduce the risk of instrumental birth, birth injuries, shoulder dystocia, obstetrical anal sphincter injuries in mothers with suspected macrosomia [19] and induction resulted in a CS rate of 57.2%. No birth weight in this group was above 4.5 kg, the heaviest baby was 4.2 kg. Analysis of non-randomised studies by Sanchez- Ramos et al indicates that risk of CS may be increased when IOL is undertaken for suspected macrosomia [20]. The value of ultrasound in late pregnancy in this situation is questionable, particularly when the outcome for intervention is so poor.

We are the first hospital in Ireland to use the customised

growth assessment protocol (GAP) to detect Small for Gestational Age (SGA) babies- i.e., birth weight less than the 10th percentile [21]. Screening for SGA is challenging as Symphysiofundal Height (SFH) and growth ultrasound fail to reliably detect SGA [22]. Growth charts are customised individually for every patient depending on height, weight, ethnicity and parity at the booking visit. Various studies have shown its sensitivity and use as a reliable indicator for detecting in-utero SGA babies [23, 24]. A single centre study in 2018 showed that IOL at 37 weeks in cases of suspected fetal compromise is associated with lower stillbirth and neonatal death rates (p < .001), higher 1 and 5 min Apgar scores and a higher vaginal birth rate [25]. According to RCOG recommendations, SGA fetus should be offered delivery at 37 weeks’ gestation [26]. In our study 39 women were diagnosed to have SGA/IUGR fetus and were induced between 37 and 38 weeks. 82.1% of these patients delivered vaginally. Advanced maternal age is a risk factor for adverse perinatal outcome, and induction is usually considered at 40 weeks to reduce the risk of stillbirth. A retrospective cohort study by Knight et, showed that IOL at 40 weeks in women over 35 years in absence of any comorbidities, was associated with a lower risk of in-hospital perinatal death and meconium aspiration syndrome. The number needed to treat analysis indicated that 562 women would require IOL at 40 weeks to prevent one perinatal death [27]. Women requesting IOL at 40 weeks or after, in absence of any medical indication justify an intervention once the patient understands the pros and cons of the IOL procedure. There is evidence to support no increased risk of CS or other serious complications if patients are induced for reasons thought not to be medically justified by medical professionals [28]. Women presenting with reduced fetal movements at term are at increased risk of stillbirth or fetal growth restriction [29]. In our study group, 17 patients were induced for reduced fetal movements at 39 to 40 weeks. 7/14 (41.2%) patients with RFM had CS.

Mode of delivery was affected by indication of induction, which is evident from CS rate in this study group (37.6%). Suspected macrosomia is the group with highest CS rate (57.2%), followed by hypertensive disorders in pregnancy. A sensible approach should be used in patients undergoing induction of labour for suspected macrosomia, with particular attention to Bishop’s score. Caesarean delivery is a major surgery with adverse risks to mother both in her current and subsequent pregnancies. Maternal demographic factors like obesity (BMI >30), advanced birth weeks, nulliparity and poor cervical assessment are correlated independently with risk of CS [30]. In lieu of above-mentioned data, a planned CS when considering IOL for indications like hypertensive disorders of pregnancy can be justifiable in presence of secondary risk factors to avoid the trauma and prolonged hospitalization resulting from failed induction.

There is no potential conflict of interest related to this article.

Consent for the participation in study was not obtained from patients as data was collected from medical record without disclosing patient’s identity.