Objective: To compare the levels of pro and anti-Inflammatory cytokines in children presenting with febrile seizures v/s only febrile illness in age group of 6 to 60 months.

This hospital based observational case-control study was conducted in Department of Pediatric Medicine, Sanjay Gandhi Memorial Hospital, New Delhi from January 2020 to December 2020. A total of 50 children (25 case and 25 control) of age 6 to 60 months were enrolled. Febrile seizure was defined as a febrile episode (core body temperature >100.4o F or 38°C) causing seizure in children aged between 6 months to 60 months, who don’t have any CNS infection, metabolic imbalance or history of afebrile seizures. Case group included 25 children of either sex presented with only febrile illness, without any seizure.

After taking informed consent from the parents, detailed history was elicited and physical examination was carried out. Personal information about the children, including age, gender and family history of seizure were collected from parents through an interviewed questionnaire.

In study population, core body temperature was measured and recorded. All children before admission in hospital were tested for covid-19 and both nasopharyngeal and oropharyngeal swab were sent for RAT and RTPCR test. 5 ml of blood sample was collected in plain vial for baseline biochemical assessment of each patient. The sample was centrifuged and collected serum stored at 2º to 8ºC till sample reached via ice-packs container to department of biochemistry, GIPMER institute, New Delhi. Their serum samples were stored at -80°C Centigrade in different aliquots till further analysis of pro & anti-inflammatory cytokine levels was done. At a final step sample were tested by commercially available ELISA test for cytokines. Rest of the serum was used in estimation of serum electrolytes, liver and kidney function test. Another sample in EDTA vial was sent for complete blood count and in gray vial for random blood-plasma sugar estimation.

A capture Antibody highly specific according to the particular interleukin to be tested; was coated to the wells of the microtiter strip plate. Binding of specific testing interleukin samples and known standards to the capture antibodies and subsequent binding of the respective biotinylated anti-interleukin secondary antibody to the analyte were completed during the same incubation period. Any excess unbound analyte and secondary antibody was removed. The HRP (horseradish peroxidase) conjugate solution was then added to every well including the zero wells, following incubation excess conjugate was removed by careful washing by hydroflex microplate washer. A chromogen substrate was added to the wells resulting in the progressive development of a blue colored complex with the conjugate. The color development was then stopped by the addition of acid turning the resultant final product yellow. The intensity of the produced colored complex was directly proportional to the concentration of specific testing IL present in the samples and standards. The absorbance of the color complex was then measured by the microplate reader for ELISA and the generated OD (optical density) values for each standard were plotted against Expected concentration forming a standard curve. This standard curve was used to accurately. Determine the concentration of respective interleukin in any sample tested. Clearance from Departmental Ethics Committee and Scientific Committee was taken prior to the start of the study. All participants had the option to withdraw from the study anytime during their hospital stay.

The presentation of the Categorical variables was done in the form of number and Percentage (%). On the other hand, the quantitative data was presented as the mean ± SD and as Median with 25th and 75th percentiles (interquartile range). The data normality was checked by, Using Kolmogorov-Smirnov test. The cases in which the data was not normal, we used non Parametric tests. The comparison of those variables which were quantitative and not normally distributed in nature were analyzed using Mann-Whitney Test and normally distributed data was analyzed using Independent t test. Variables which were qualitative in nature, were analyzed using Chi-Square test. If any cell had an expected value of less than 5, then Fisher’s exact test was used. The data entry was done in the Microsoft EXCEL spreadsheet and the final analysis was done with the use of Statistical Package for Social Sciences (SPSS) software, IBM manufacturer, Chicago, USA, version 21.0. For statistical significance, p value of less than 0.05 was considered statistically significant (Figure 1). 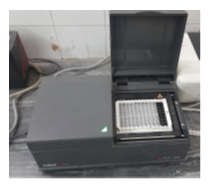 Table 1: Comparison of demographic characteristics between Cases and control group

Table 2: History in Cases and Control

Table 3: Comparison of Pro inflammatory cytokines between Cases and Control

Table 4: Comparison of anti inflammatory cytokine between Cases and Control

This hospital-based case control study was conducted in Department of Pediatrics, Sanjay Gandhi Memorial Hospital, Delhi. Twenty-five (N=25) children of either sex falling in age group of 6 to 60 months presented with febrile seizure were included as cases. Twenty-five (N=25) children who came with only febrile illness without seizure were included as control group. Level of pro & anti-inflammatory cytokines were compared between case and control group.

In our present study demographic and anthropometry parameters such as age, gender, weight and height  were comparable between case and control group. In our present study mean ± SD of hemoglobin (gm%) in cases was 9.64 ± 1.55 which was significantly lower as compared to control group [(11.19 ± 1.51) (p value=0.0008)]. Low hemoglobin in febrile seizure cases may be because of anemia as it is the potential risk factor for febrile seizure found in recent studies [10-13]. Iron deficiency reduces the metabolism of some neurotransmitters [11,12]. Several lines of evidence led to the hypothesis that iron deficiency can have a role in the onset of a convulsion. Some studies have reported that in the patients with iron deficiency, febrile convulsion was significantly higher than that in the control group .In our present study there was no significant difference seen between cases v/s control group in liver function test and no significant difference was seen between cases control group in kidney function test parameters. The main focus in this study was to compare serum pro-inflammatory and anti-inflammatory cytokine levels between febrile seizure cases and control group. Median (25th-75th percentile) values of pro inflammatory cytokines IL-1, TNF-α, IL-6was significantly higher as compared to control group while median value of anti-inflammatory cytokine IL-10 didn’t show statistically significant difference between them.