Approximately 50% of child-bearing aged women are overweight or obese [1], which increases their risk for many chronic conditions including breast cancer [2], type 2 diabetes, hypertension, and cardiovascular disease [3]. When these women become pregnant, they are at risk for adverse maternal and birth outcomes. For example, growing evidence has shown that pre-pregnancy overweight or obesity is a strong predictor of excessive gestational weight gain and pregnancy complications [4]. Excessive gestational weight gain is associated with many adverse maternal and birth outcomes (e.g., gestational diabetes [5], gestational hypertension [6], large for gestational age newborn [7, 8]) and a strong predictor of obesity later in women’s lives [9, 10]. Obesity and its related chronic conditions described above are preventable and can be improved by engaging in recommended physical activity (150 minutes/week [moderate physical activity] or 75 minutes/week [vigorous physical activity]) [2, 11]. Yet, approximately 50% of child-bearing aged women, especially those with obesity, do not engage in recommended physical activity [12]. Also, among overweight or obese postpartum women, only 24-34% meet the guideline [13]. Mothers of young children are less likely to engage in physical activity than age-matched women without children [14]. Low-income adults, especially women, are 1.6 to 1.9 times less likely to meet the physical activity guideline than higher income adults [15]. Taken together, the public health importance of increasing physical activity in low-income overweight or obese mothers of young children, the priority population, is crucial to promote positive health outcomes.

Two recent meta-analyses [16, 17] and an individual effectiveness intervention study [18] have shown that healthy lifestyle behaviors (healthy eating, physical activity) promote postpartum weight loss, including for low-income, overweight or obese women [18]. Despite the promise in existing research, most prior studies have had relatively small sample sizes, mainly due to limitations for enrolling women within one year postpartum [16, 17] -- high infant care demands prevent women from participating in intervention studies [16]. This is a missed opportunity to have broader impact on the obesity epidemic [19] and pregnancy-related maternal outcomes, because 40-50% of obese women gain at least 2 body mass index (BMI) units between pregnancies [20].

We conducted a randomized controlled community-based lifestyle behavior intervention aimed at prevention of further weight gain for low-income overweight or obese mothers with young children (up to 4.5 years old). Intervention effects on body weight [21], dietary intake [22], and psychosocial health [23, 24] have been previously published. In the current paper, we present results of the intervention on physical activity. We hypothesized that the intervention group would show improvements in physical activity and its associated self-efficacy, emotional coping, social support, and autonomous motivation over time compared to the comparison group.

A detailed description of the study setting, sample, and procedure has been published elsewhere [25, 26]. Briefly, participants were recruited (September 2012 - January 2015) from the Special Supplemental Nutrition Program for Women, Infants, and Children (WIC) in Michigan, USA. In order to be qualified and enrolled in WIC, individuals must have income at or below 185% of the federal poverty line. The study-trained peer recruiters personally invited women waiting for their WIC appointment to be screened. Eligible participants were Non-Hispanic Black or White (hereafter Black, White), between 18 and 39 years old, between 6 weeks and 4.5 years postpartum, and had a BMI between 25.0 and 39.9 (calculated using measured height and weight). They provided a written consent prior to participating in the study. Michigan State University Institutional Review Board approved the study procedure.

A detailed description of intervention procedures has been previously published [25]. Briefly, the 16-week intervention had two components: viewing 10 culturally sensitive video lessons in DVD format at home (20 min/video) and joining 10 peer support group teleconferences at convenience locations (30 min/session). The intervention participants were asked to view a video lesson then join the peer support group teleconference every week during weeks 1-4 followed by every other week during weeks 6-16. The intervention topics included stress management (weeks 1-4, weekly, 1 lesson/week) that included walking to reduce stress and improve negative emotion, healthy eating (weeks 6-14, every other week, 1 lesson/every other week), and physical activity (week 16, 1 lesson).  A detailed description of stress management (e.g., time management, walking to reduce stress) and healthy eating (e.g., meal planning, grocery shopping) lessons has been published elsewhere [25, 27]. To create culturally sensitive videos, the intervention videos (unscripted) featured peers of the priority population and their family members, especially young children. They wore casual clothes and demonstrated indoor (e.g., jumping jacks with children, marching in place while watching TV, dancing) and outdoor activities (e.g., playing tag with children, walking in the safe neighborhood, parking farther from their destination) that are commonly engaged by the priority population. They also showed how they applied practical ways to overcome daily challenges to be physically active. For example, to overcome lack of time, participants were asked to pay attention to how they spent their day, then identified small chunks of time daily to be physically active (e.g., making several trips to take trash out, climbing stairs at home).

For the intervention videos, we applied 3 key concepts of Social Cognitive Theory [28]. These concepts were self-efficacy, defined as an individual’s belief in his/her ability (confidence) to execute a specific task/behavior, emotional coping response referring to strategies used to manage negative emotion including stress and social support. To build self-efficacy, participants learned ways to identify and build their strengths; for example, being aware of existing strengths, and taking small steps to achieve a realistic and achievable goal. To improve emotional control, participants were for example, encourage to talking a walk while feeling upset. Participants also learned ways to elicit and/or build social support (e.g., asking family members or friends to provide positive verbal support for being physically active). For the peer support group teleconference, we utilized motivational interviewing techniques, which have been closely aligned with Self-Determination Theory and its key concept of autonomous motivation [24]. Autonomous motivation refers to one’s interest to modify or maintain behaviors that are consistent with individuals’ personal values (for example, being a good role model for children). During the peer support group teleconference, the trained moderators elicited participants’ personal values, motivation, and challenges in being physically active. Each session was audio recorded with participants’ permission and we listened to 25% randomly selected audios for the purpose of monitoring intervention fidelity.

Participants completed the demographic questions via a pencil-and-paper survey while at the WIC office. They completed survey data collection (described below) via phone interviews at baseline (T1), immediately after the intervention (T2), and at a 3-month follow up (T3).

2.3.1 Self-efficacy for physical activity, hereafter, self-efficacy: A self-efficacy survey (10 items) with previously established construct validity and reliability for the priority population was used to measure self-efficacy [29]. Participants were asked to rate their confidence level, ranging from 1 (not at all confident) to 4 (very confident), toward engaging in physical activity in a various situations (e.g., stress, exercising alone) [29]. We averaged responses to the 10 items to create a self-efficacy score, where higher scores means higher self-efficacy.

2.3.3 Social support for physical activity, hereafter, social support: A 6-item survey with previously established construct validity and good reliability for the priority population was used to measure social support [29]. Participants were asked to rate the frequency, ranging from 1 (rarely or never) to 4 (usually or always) of receiving encouragement from their family members, friends, co-workers or others to be physically active (e.g., praise you for exercising) [29]. We averaged responses to the 6 items to create a social support score, where higher scores means more social support.

All analyses were performed using SAS version 9.4 (Carry, NC, USA: SAS Institute Inc). We excluded 43 women who became pregnant during the trial, which resulted in 569 women (intervention group = 387 and comparison group = 182) in the analysis. We conducted descriptive analysis on demographic variables. The variables of interest included self-efficacy, emotional coping, social support, autonomous motivation, and amount of leisure time physical activity (light, moderate, and vigorous) at T2 (338; 212 intervention, 126 comparison) and T3 (311; 196 intervention, 115 comparison). We included light physical activities because growing evidence has shown their long-term health benefits [33, 34]. Because of high dropout rates (T2 = 41% and T3 = 45%), we did not apply intent-to-treat analysis. Instead, we performed a general linear mixed model for repeated measures and used all available data without any ad hoc imputation. In the analysis, we also adjusted for baseline measurements. For longitudinal studies with a high dropout rate, the use of a general liner mixed model including all available data is a more powerful approach than applying mixed model analysis with ad hoc imputation or intent-to-treat [35]. Cohen’s d was used to calculate effect size and 95% confidence intervals.

Of intervention participants, 73% viewed at least one video lesson (total of 10 available), and 53% joined at least one peer support group teleconference session (total of 10 available) [21]. The intervention adherence rates for the physical activity were 49.4% for viewing the video lesson and 18.1% for joining the peer support group teleconference sessions. 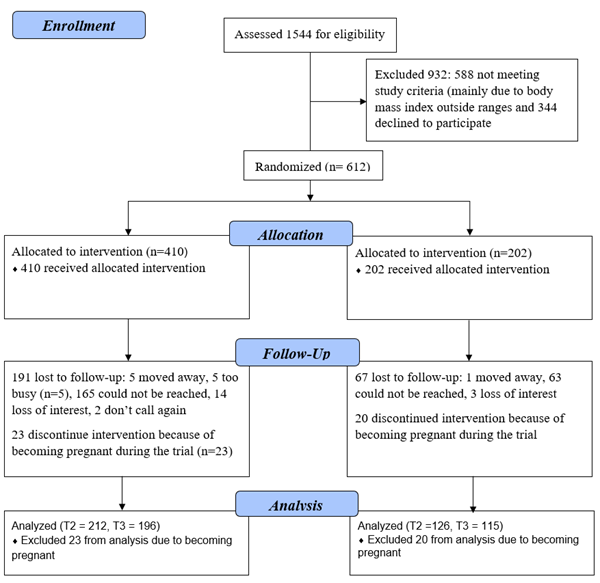 Table 3: Means, Standard Deviations, and (Adjusted) Effect sizes and CIs for Physical Activity between the Intervention and Comparison Groups.

Despite our efforts to help participants increase social support, we did not find group differences at any time point of data collection. There are possible explanations based on listening to the randomly selected peer support group teleconference audio recording (with participants’ permission). We learned that many women expressed negative relationships with their own mothers or family members. Others were hesitant to ask for support because they were afraid of being rejected. Also, some partners of our intervention participants discouraged them from being physically active because the partners did not want them to lose weight.

Barriers preventing women from engaging in physical activities include lack of time and childcare, family responsibilities, not prioritizing one’s health over other competing responsibilities, neighborhood safety concern, and lack of a physical activity role model [39, 40]. Motivators for physical activity in the priority population include a focus on benefit (e.g., stress relief, increased energy), weight loss, and social support [39]. Our intervention had addressed these barriers and motivators. However, lack of childcare and social support, competing priorities or responsibilities, and living in an unsafe neighborhood might not be easily addressable. Such barriers might have been especially constraining for our participants who moved to a new area that is far away from close family members or friends or who experienced unexpected life events (e.g., being evacuated, taking care of a sick a child or family member, violence).

There are study limitations. The physical activity was measured using self-report rather than an objective measure (e.g., Actigraph accelerometer). Yet, there are limitations of using an Actigraph accelerometer, such as being unable to measure activity when swimming. Also, participants reported their level of physical activity based on perceived exertion. Thus, we might have misclassified participants into the 3 different levels (intensity) of physical activity.  Our intervention only included 1 physical activity lesson (1 video and 1 peer support group teleconference), but our stress management lesson included walking as a strategy to manage stress and negative emotion. Time conflicts and competing interests were given as the most frequent reasons for low intervention adherence rates for joining peer support groups. Finally, results of this study might not be generalizable to low-income overweight or obese women of young children in a different geographic location because differences in weather or layout of living spaces might affect physical activity.

The work was supported by a grant (R18-DK-083934) from the National Institute of Diabetes and digestive and Kidney Diseases (NIDDK).

All authors declare no conflict of interest.