Background: This study aimed to find prevalence of use of smart devices in children aged five years or less and associated factors in Kuwait.

Methods: A cross-sectional study of 964 parents conducted by distributing a questionnaire. Following the American Academy of Pediatrics (AAP) recommendations for the smart devices use in children, our population was divided into two groups (less than 2 years old and 2-5 years old).

Conclusion: Young children use of smart devices is prevalent in Kuwait. Campaigns need to be carried out to increase parents’ knowledge about the potential risks of smart devices on children’s brains and development.

Smart Devices, Prevalence of Use, Children

Smart device use by children is an important issue because of the portability and availability of these devices. Smart devices have the ability to effectively distract young children and these devices are increasingly used to occupy children and control their behavior. Existing systematic reviews on screen time have focused mainly on the traditional fixed screen devices such as television [1]. Very little research regarding smart device use and impact has been conducted [1]; especially in the Middle East. The first five years in a child’s life is a critical period of brain development, building secure relationships, and establishing health behaviors [2]. Fundamental skills like self-regulation, empathy, social skills, and problem solving are primarily learned through child-ren exploring their natural environment, interacting with friends and caregivers and playing in unstruc-tured, creative ways. According to Cristia et al., for every hour children under 2 years of age spend watching TV they spend approximately 50 minutes less interacting with their parents and about 20 minutes less in creative play [3]. According to the American Academy of Pediatrics (AAP), children under 2 years of age should not spend any time on any form of screen viewing, such as smart devices and electronic media. Whereas, for children 2 to 5 years of age, the AAP recommends screen time to be limited to 1 hour or less per day of high-quality programming and monitoring children’s media content [4]. Parents need to realize that their own use of smart devices can negatively affect their children and limit the face-to-face interaction with them [5, 6]. Reducing parental media use and enhancing parent-child interaction is an important area of behavioral change [4]. The aim of our study is to identify prevalence and associated factors of smart devices use in children aged 5 years or less in Kuwait.

This is a cross sectional study. The primary outcome was the prevalence of smart devices use among children aged 5 years or less in Kuwait. The secondary outcome was the associated factors of using smart devices among this age group. Literature review was done in PubMed and Google scholar. After the review, a questionnaire was formed and distributed for piloting. Then a final draft of the questionnaire was constructed. The study was carried out using Arabic and English versions of an online self-conducted questionnaire. It was distributed through social media over a period of 1 week from 4th to 12th January 2018. It consisted of 31 questions and was divided into 4 sections. The first section is socio-demographic factors. The second section assessed smart devices use in children less than 2 years old. The third section assessed smart devices use in children 2-5 years old. The fourth section examined parent’s knowledge and their use of smart devices.

The study included families living in Kuwait with children aged 5 years or less. For each family, only one parent participated. Our population was further divided into two age groups based on the AAP recommendations [4]. The first age group was children aged less than 2 years. The other age group was children aged 2-5 years. A total of 1122 parents participated in the study. From which, 158 participants were excluded because they were either married couples without children or parents of children older than 5 years. The final sample size was 964 partici-pants. Questionnaires with missing data were not excluded from the study. The missing data did not affect the prevalence of use in our population. However, it affected other variables as the totals do not always add up to 100%. The data entry and analysis were performed using Statistical Package for Social Sciences (SPSS) software version 25 for windows (SPSS, Chicago, IL, USA). Data quality was checked and the P value ≤0.05 was used for statistical significance. Ethical approval was taken from the ministry of health standing committee for coordi-nation of health and medical research. Consent was taken for each participant.

Table 2.1: Socio-demographic factors and use of smart devices in less than 2 years old children.

Table 2.2: Parent use of smart devices in age group <2 years.

Table 3.1: Socio-demographic factors and use of smart devices in 2-5 years old children. 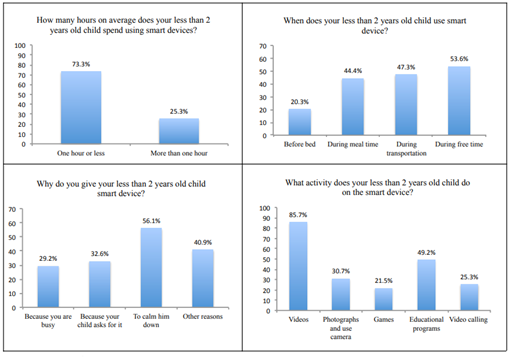 Figure 1: Characteristics of smart devices use in children aged less than 2 years. 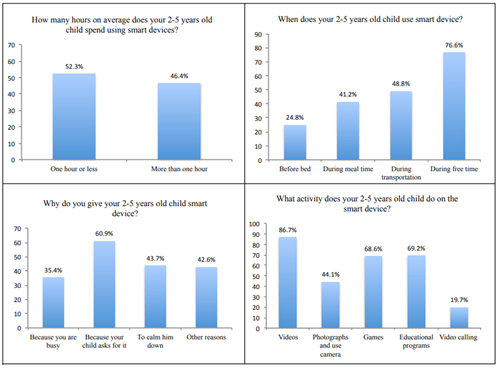 Figure 2: Characteristics of smart devices use in children aged 2-5 years.

The AAP recommends avoiding digital media use (except video-chatting) in children younger than 18 to 24 months. However, if parents of children in this age group want to introduce digital media, the AAP advises these parents to choose high-quality program-ming/apps, and to use them together with their children. This is because children less than 2 years old have immature symbolic memory and attention skills, so they cannot learn from media as they do from interactions with their caregivers [4]. In our study, of the less than 2 years old children who used smart devices, only 25.3% used video-chatting. Video-chatting is the only allowed activity in this age group because it enhances interpersonal connections by allowing children to maintain face-to-face interactions with distant family members [2]. For children 2 to 5 years of age, the AAP advises to limit screen time to 1 hour or less per day of high-quality programming and recommends shared use between parents and children to promote enhanced learning and greater interaction [4]. In spite of the high prevalence of smart devices use in our population, 8 out of 10 parents reported restricting use by both time and content. Restricting and monitoring media content is essential as the content especially that with violence might affect children’s behavior. It is well established that aggre-ssive behavior in childhood is linked to violence in later youth and adolescence. Christakis et al., demons-trated that an intervention to modify the viewing habits of preschool-aged children with educational and prosocial content can significantly enhance their overall social and emotional competence [11].

Our data revealed that most children used smart devices during their free time regardless of age. In both age groups nearly half of children used smart devices during mealtime and approximately a quarter of them used it before bed. The AAP recommends no screen usage during meals and one hour before bed [4]. Use of screen media in the evening hours significantly shortens nighttime sleep duration [4]. This may be due to the fact that the blue light emitted from screens has arousing content and causes supper-ssion of melatonin secretion [4]. Moreover, exposure to media during mealtime diminishes attention to satiety cues and may lead to weight gain later [4]. Most parents declared giving smart devices to calm down their less than 2 years old children. While parents of children aged 2-5 years gave their children smart devices mostly when they asked for it and secondly to calm them down. In a survey done in the US among children aged 6 months to 4 years, majority of parents let their children play with mobile devices while they did chores (70%), to keep the child calm in public places (65%), while running errands (58%), or to put their child to sleep (28%) [8]. It has been observed that parents are increasingly using smart devices to pacify their children during daily activities [1]. This is becoming a common behavioral regulation tool preventing children from developing internal mechanism of self-regulation and potentially putting the children at risk of behavioral or socio-emotional problems [12].

In our sample, half of parents reporting children use of smart devices in both age groups used smart devices themselves for more than 4 hours a day. Also, one third of these parents always used their smart devices around their children, and two thirds of them some-times used it around their children. Heavy parent use of mobile devices is associated with fewer verbal and nonverbal interactions between parents and children and may be associated with more parent-child conflict [4]. Children mostly learn by observational experi-ences, where behaviors are observed and then imitated [13]. Therefore; children may potentially model their own technology-related behaviors upon those around them [13]. In our study, the majority of parents who reported the use of smart devices in their children were aware that smart devices use at early age might harm the child. A similar observation was found by Genc, who stated that 46.8% of parents letting their children use smartphones displayed negative thoughts about it [14]. They were worried that smartphone usage can cause physical or mental problems in the future and feared that their children will be introverted or have an isolated life [14].

Children worldwide began to use smart devices at younger age and this use is increasing. Different researches highlighted the possible negative effects of smart devices use on children’s brains and develop-pment. According to our study, the prevalence of use of smart devices in children aged five years or less in Kuwait is high despite a high parent’s knowledge that use of smart devices might harm their children. This finding raises concern and suggests that further actions should be taken in our society to tackle the reasons of such behavior. Suggested actions include campaigns to insure a better understanding of the effects of smart devices on children and promote alternative activities that allow children engagement with parents and peers. Moreover, it is important to educate personnel working in professions involving interactions with parents and children (e.g., family doctors, pediatri-cians, teachers and nannies) and include them in these actions. In addition, interventions should target parents use of smart devices and educate them about the influence it has on their children.

We thank all parents and families who answered our

questionnaire and participated in the study.

This work has not been funded.

The datasets used and/or analysed during the current study are available from the corresponding author on reasonable request.

All procedures performed in this study were in accordance with the ethical standards of the Research Ethics Committee at the Kuwait Ministry of Health, Asst. undersecretary for planning and quality depart-ment (reference number: 1667, 2018). Written informed consent was obtained from a parent for the

participants included in the study.