Teratoma is a germ cell tumor composed of three embryonic layers (ectoderm, endoderm, and mesoderm). We present a case of a 21-year male who presented with right-sided chest pain, chills, and diaphoresis. An incidental mass was seen on chest x-ray, followed by a computed tomography (CT) scan which demonstrated a mass in the right hilum with solid and cystic components. After surgical resection, microscopic evaluation of the mass revealed several sebaceous glands, hair follicles, adipose cells, respiratory mucosa, and bronchial cartilage, besides thymic tissue. A diagnosis of mediastinal mature teratoma was made and the patient had a good recovery following surgical resection.

Teratomas are germ cell tumors that consist of two to three layers of total three germinal layers [1]. Germ cell tumors arise from embryonic tissue that failed to migrate during organogenesis [2]. These tumors are primarily located in sexual organs (testis & ovaries), with less than 10% in the anterior mediastinum [2, 3]. Usually these masses are asymptomatic. However, when surrounding structures are involved it can lead to chest pain, cough, dyspnea, dysphagia, superior vena cava syndrome, etc [4]. After proper diagnosis, the patient should undergo surgical resection to avoid malignant transformation or invasion [3]. Tumor invasion and metastasis hold a poor prognosis for the patient [2].

A 21-year-old male with no significant medical history presented to the clinic with right sided chest pain for 24 hours. The pain radiated to the right side of his neck and shoulder. These symptoms were associated with chills and diaphoresis. A physical exam revealed a diaphoretic male in moderate distress with stable vital signs. The remainder of the exam was unremarkable. Acute chest syndrome (ACS) protocol was followed to rule out a life-threatening myocardial infarction (MI). An immediate EKG showed possible changes from a previous MI but no acute pathology (Figure 1). A chest x-ray was obtained showing an incidental finding of a mass-like opacification in the right hilum (Figure 2). Further imaging showed a 9.6 x 6.8 x 6.1 cm heterogenous mass with a local fat, solid, and cystic components in the anterior mediastinum on chest CT (Figure 3). The patient then underwent robotic assisted anterior mediastinal mass excision and chest tube placement. Following the return of the pathology report, a diagnosis of teratoma was made. Hematology-Oncology was consulted to assist in management. There was no thoracic lymphadenopathy, but there were several tiny calcified granulomas likely indicating a prior granulomatous disease. AFP levels were normal. Patient recovered well post-surgery and will continue out-patient care with cardiology and hematology-oncology. 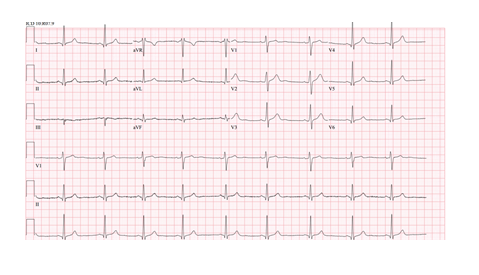 Figure 1: Electrocardiogram ST changes in V2, V3, V4, V5 and V6 along with suspected Q waves in Leads I and II. 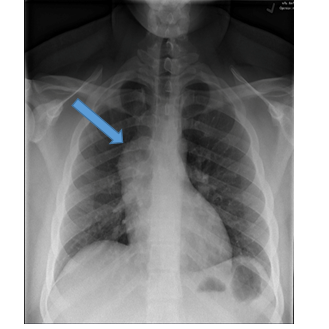 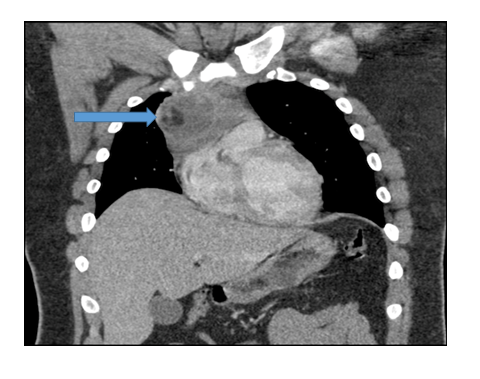 Figure 3: Coronal view of a contrast enhanced Chest CT shows a heterogeneous mass with an area of internal necrosis in the mediastinum with mass effect on the right atrium. 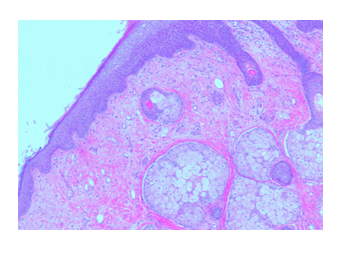 Figure 4: Benign skin and sebaceous glands within the teratoma. 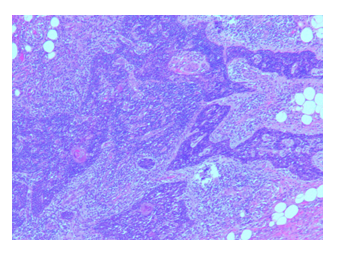 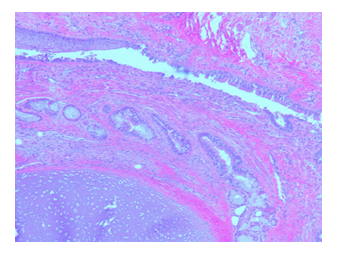 Figure 6: Benign respiratory mucosa and bronchial cartilage within the teratoma.

Teratoma is a tumor possessing the three embryonic layers: ectoderm, endoderm, and mesoderm. Our patient’s symptoms were thought to be a result of the tumor’s location within the mediastinum and its compressing effect on neighboring organ systems.

However, EKG findings warranted further evaluation to determine whether ACS or the teratoma was the key contributing factor. For our current patient, resection was best option for management and subsequent outpatient follow-ups will occur as well.

The authors would like to thank Memorial Sloan Kettering Cancer Center for examining the specimen.