Methods: We analyzed pre-procedural CCTA scans of 325 patients who underwent TAVI performing a linear coefficient of attenuation analyses with Hounsfield units (HU) in LAA. HU in LAA distal and proximal was calculated, as well as the ratio. A sensibility and specificity analyses was conducted in order to identify the optimal cutoff to predict new onset AF or embolic events after TAVI.

Results: Patients were divided into 4 groups according to the presence of AF. Baseline clinical and echocardiographic features were similar except for a significantly higher STS score and mitral regurgitation severity in PRE-TAVI AF group (p=0.003 and p=0.002 respectively). HU analyses showed a statistical difference in measure performed in LAA distal and in the HU LAA distal/Proximal ratio, with the lowest value in patients with pre-TAVI AF (p<0.001 and p<0.001 respectively). The ROC analyses found 0.84 as the cut-off for to predict the composite endpoint of new AF or embolic events, with sensitivity of 51% and specificity of 52% (p=0.008).

Conclusion: In patients with aortic stenosis (AS), use of LAA assessment with CCTA to predict embolic events or new onset AF is no efficacy and cannot be substituted clinical indications for prevention and therapy of embolic events.

Atrial fibrillation (AF) is the most frequent cause of cardioembolic stroke [1], requiring preventive oral anticoagulant therapy. Currently, the most effective cardioembolic risk estimation is based on clinical scores, such as CHA2DS2-VASc score, although there are some evidences in the literature suggesting that LAA flow velocity estimation with TEE scan could reveal patient risk of stroke [2] and paroxysmal AF [3]. Unfortunately, TEE is an invasive method, and without solid evidence of benefits, it cannot be applied as screening in all patients with AF or at high risk for embolic events. Angio-cardiac computed tomography (CCTA) showed a high correlation with TEE in LAA scan, both for thrombus detection, (sensibility and specificity >90%), and for LAA patency assessment after a closure intervention [4]. Preliminary evidence based on three series of 19, 23 and 40 patients, undergoing TEE and CCTA after left atrial appendage closure (LAAC) [5-7], suggests that the quantitative assessment with Hounsfield Unit (HU) is as effective as TEE evaluation. Moreover, Yasuoka et al. [8] proposed a new LAA analysis method with CCTA, using the quantitative HU in LAA, which showed significant correlation with LAA peak velocity estimated by TEE. Postoperative atrial fibrillation, which occurs in up to 10-20% of patients [9], is a common complication after transcatheter aortic valve implantation (TAVI) and increases significantly the peri-operative patient morbidity causing hemodynamic instability and embolic events. The aim of our study was to evaluate if pre-operative LAA scan with CCTA in TAVI patients can predict the incidence of postoperative AF, long-term onset of AF and embolic events.

We retrospectively reviewed data about consecutive patients with aortic stenosis who were treated with TAVI in our center from 2007 to 2016. Clinical, procedural and follow-up data was obtained by the Italian ClinicalService® Project (Clinical Trial Registration NCT01007474), which is an on-going nation-based clinical data repository and medical care project for the analysis and improvement of the implantable devices use in the Italian clinical practice [10]. Clinical follow-up was conducted through outpatient clinics and telephone calls at 1 and 6 months and every 6 months afterwards.

A multi-slice CT angiography ECG-gated study was performed pre-procedure with a GE Light Speed VCT 64 scanner using collimation of 0.6 mm at a fixed pitch of 0.2 with an injection of 100 cc of Isovue 370. A dedicated protocol was formulated, with kilovolt variable according patient’s BMI (80 kV with BMI <21 kg/mq, 100kV with BMI between 21 e 27 kg/mq,120 kV with BMI >27 kg/mq). Adjusting for body habitus, a standard convolution kernel of B35f was applied. The gantry rotation time was 330 ms. Image acquisition was performed throughout the cardiac cycle. The ECG at the time of acquisition was reviewed before reconstruction to select out ectopy. Images were reconstructed with slice thickness of 0.625 mm every 10% R-R interval through the heart and the aortic arch. Electrocardiogram adaptive scanning was employed with a higher dose in systole but a low overall radiation dose, achieving high-quality systolic scans in all patients. HU measurements were performed in distal and proximal LAA, using multiplanar reconstruction, as previously described in the literature [8]. A region of interest (ROI) of 2 mm diameter was used to evaluate HU in each part and optimal contrast opacification control was performed measuring the average HU in the whole LA (Figure 1-2). The LAAd/LAAp HU ratio (HU ratio) was then calculated and statistically assessed as a useful predictive index of AF new onset or embolic events. All angio-CT images were analyzed using GE Workstation (Volume Viewer version 12.3, General Electric Company). The population included in the analysis was divided into four groups:

All baselines, procedural, and follow-up data were analyzed according to the above defined 4 groups. The primary study endpoint was a composite endpoint of AF onset and ischemic stroke/TIA after TAVI. Events were defined according to the Valve Academic Research Consortium-2 (VARC 2) [11].

Descriptive statistics were used to describe patients’ characteristics; mean with standard deviation and median value with interquartile range (IQR) were used for continuous variables and counts, and percentages for categorical variables. Comparisons between groups were assessed using Kruskal-Wallis’ Test for continuous variables, and Chi-square test or Fisher exact test for extreme proportions for categorical variables, as appropriate. Statistical tests were based on a two-sided significance level of 0.05. The analyses of time-to-the-first event were described by means of Kaplan-Meier curves and the Proportional Hazard assumption was verified, when comparing groups. The ROC analysis was used to evaluate Sensitivity/Specificity/VPN/VPP and to identify the best cut-off value of LAA distal/proximal HD, which can predict the Composite Endpoint. Statistical analyses were performed with the SPSS (IBM SPSS version 23.0, New York).

Of 420 patients screened from 2007 to 2016, we included in our analysis only 325 patients with pre-procedural gated CCTA evaluable or available 1-year follow-up. Baseline clinical and echocardiographic patients’ characteristics are detailed in Table 1. 95 patients were excluded from the analysis because of non-gated CCTA or because lost in follow-up. The Final population included 325 patients. Baseline clinical and echocardiographic features were similar between the four groups with the exception of the STS risk score and mitral regurgitation severity which were significantly higher in Group 2 compared to the other groups, as expected considering the score algorithm and the mitral regurgitation pathophysiology in AF patients (p=0.003 and p=0.002 respectively). These aspects are both compatible with the presence of AF, which increase STS surgical risk evaluation and is associated with high grade of mitral regurgitation.

Data regarding CCTA analysis of LAA are detailed in Table 2. HU in distal LAA and distal/proximal ratio were found statistically different between four groups, with a lower value in patients with pre-TAVI AF compared to the other groups (p<0.001and p<0.001 respectively).

Follow-up data are reported in Table 3. No statistical difference was observed among the groups, except for a higher rate of cerebrovascular events in group 4, as per protocol defined. Performing ROC analysis, the HU ratio cut-off value of 0.84 was found as the predictor of our primary endpoint (new onset AF or embolic events), unfortunately with poor sensitivity and specificity (respectively 51% and 52%, p=0.008) (Figure 1). 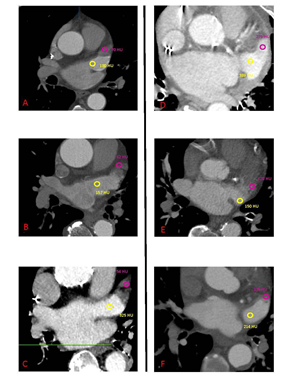 Figure 2: Example of LAA with a normal contrast diffusion without HU gradient.

This study represents the largest reported CCTA analyses of LAA in a real-world population. The major findings of our study are:

Over the last years, The CCTA use for LAA morphology and dimension assessment during the LAAC planning has increased. CCTA provides 3D reconstruction and a better assessment of ostium, neck and landing zones, improving the intra-operative positioning of the device with better LAA sealing. Recently, different authors reported the use of CCTA during follow-up after LAAC in order to assess residual patency. Jaguszewski [5] et Saw [6] reported a series of 19 and 23 patients, respectively, where, CCTA was performed after LAAC. Authors reported as using 100 HU as cut-off, discriminated LAA patency with high sensibility and specificity (using TEE as gold standard). Our group [7] confirmed this cut-off value for non-cardiac dedicated CCTA. Moreover, Cochet [12] reported a large series of 117 patients where cardiac dedicated CCTA found LAA patency after closure in 44% of cases using 100 HU as a cut-off. Considering the increasing use of CCTA for LAA assessment, Yasuoka et al. [8] demonstrated a correlation between the LAA flow velocities estimated with Doppler during TEE with the HU values at CCTA; considering the predictive power of the LAA flow velocities for new AF and embolic events, a correlation between HU values and these events could be supposed.

We found that in patients with history of AF (paroxysmal or persistent), HU value in distal LAA is statistically lower than the one measured in patients with no history of AF. This aspect reflects the LAA anatomy and function during AF. In fact, during atrial fibrillation the left atrium and the LAA have no coordinated contraction, resulting in a stunned chamber. This situation reduces the contrast agent diffusion into the LAA apex resulting in a lower HU value. With ROC analyses, we found that the HU ratio cut-off value of 0.84is the best to predict future events in patients with AS treated with TAVI. Nevertheless, we found low value for sensibility and specificity (51% and 52% respectively). These results show that the routinely use of LAA HU analyses in patients treated with TAVI cannot be suggested for prediction of post-operative events, in contrast with Yasuoka results. Some explanation can be found: firstly, Yasuoka compared two different techniques in a small number of patients. In fact, even if we can hypothetical consider evaluation of flow velocity and density of contrast, both influenced by LAA contractions, the two techniques are different in temporal aspect, as doppler assessment represents as instantaneously measure while HU assessment is influenced by the time for contrast diffusion in LAA. Secondly, our population is at high risk for thromboembolic events and new onset of AF, while the population in Yasouka’s study was younger and at lower risk.

The retrospective nature of our investigation is one of the main limitations. Despite being, to our knowledge, the largest reported cohort of patients undergoing LAA CCTA assessment, our findings are based on specific and selected patients (aortic stenosis undergoing TAVI), thus, our conclusions cannot be applied to the general population. Elderly population with multiple comorbidities is, at high risk for AF and embolic events. CCTA scans were all dedicated to cardiac assessment, so this aspect reinforced the HU analyses performed.

In patients with AS screened with CCTA for TAVI procedure, routinize use of LAA assessment in order to predict embolic events or new onset AF is not reliable and cannot replace clinical indications for prevention and therapy. However, CCTA analyses of LAA represent a new interesting method for assessment of morphology, dimensions, and presence of slow blood flow in the LAA. The clinical significance of HU LAA assessment at CCTA requires further study in the general population.

Petronio AS is a consultant for Medtronic. All other authors have no conflict of interest to declare.