Menopausal Status and MTHFR Gene Polymorphism in the Etiopathogenesis of Osteoporosis

Background: Osteoporosis is a skeletal disorder characterized by low bone mass with consequent increase in bone fragility and fracture. The interplay between genetics and environment has a crucial role in determining the bone mineral density. Many studies showed that the genetic polymorphisms of MTHFR gene and its impact in the development of numerous human diseases. Normal MTHFR activity may help maintain the pool of circulating folate and methionine and possibly prevent of homocysteine. It has been shown that high serum homocysteine concentration may weaken bone by interfering with collagen cross-linking, thereby increasing the risk of osteoporosis. Therefore, the present study was aimed to investigate the role of MTHFR C677T gene polymorphism and its influence on BMD in pre and postmenopausal osteoporotic women of Indian ethnicity.

Results: The frequency of TT genotype and T allele was more in pre- and postmenopausal osteoporotic women in comparison with controls. The logistic regression analysis to understand the risk assessment showed that the TT genotypes were 2.7 times (95% CI 1.1-1.6) and CT 1.7 times (95% CI 1.3-2.2 ) were at higher risk of osteoporosis in comparison to CC genotypes .This was found true even after adjustment for menopausal status.

Conclusions: This study showed that increased bone turnover is not only restricted to postmenopausal women indicating the role of MTHFR gene variations in determining osteoporosis in both pre and post-menopausal South Indian women from Telangana.

Osteoporosis is a skeletal disorder characterized by low bone mass and micro architectural deterioration of bone tissue with consequent increase in bone fragility and fracture. The major predictor of osteoporosis is bone mineral density which is the net result of peak bone mass achieved in early adulthood or bone loss later in life or can be a combined effect[1]. The interplay between genetics and environment have a crucial role in determining the  bone mineral density. Methylenetetrahydrofolatereductase a candidate gene which is playing a key role in the production of homocysteine and has been suggested as one of the genetic factors in regulating bone mass [2, 3, 4, 5]. The MTHFR gene is located on Chromosome 1 at 1p36.3 which is a member of nuclear hormone receptor super family that modulates the transcription of target genes. Many studies showed that the genetic polymorphisms of MTHFR gene and its impact in the development of numerous human diseases. A point mutationC to T substitution at nucleotide 677 that converts an alanine to a valine residue is responsible for the synthesis of a thermo labile form of MTHFR [6-9]. Further this change in the MTHFR gene produces a form of methylenetetrahydrofolatereductase that has reduced activity at higher temperatures (thermo labile). The thermolabile variant of the MTHFR enzyme which is less effective and associated with an increase in total homocysteine levels [10].

The high serum homocysteine concentration may weaken bone by interfering with collagen cross-linking, lowering bone mineral density thereby increasing the risk of osteoporosis. Many studies have been reported that the allelic variants of the gene encoding MTHFR recognized by HinfI restriction endonuclease have been associated with bone density [11, 12, 13]. Studies have also shown that this polymorphism was associated with an increased risk of low bone mineral density leading to osteoporotic fractures [14]. Some other studies have failed to confirm this association [3, 12, 15]. The discrepancy among the studies in establishing the association between MTHFR gene polymorphisms and osteoporosis could be due to the differences in populations, genetic make-up and ethnicity. However, there are no studies on these lines to understand the association of this genetic variant with osteoporosis in women of Indian ethnicity. Therefore, the present study has been taken up with an aim to assess the role of MTHFR C677T (rs1801133) gene polymorphism in the development of osteoporosis in pre-and postmenopausal South Indian women from Telangana.

For this study the ethical committee clearance was obtained from the institute. Subjects were recruited after taking informed consent with an assurance of confidentiality. Blood samples were collected from427 osteoporotic (premenopausal n=180 and postmenopausal n=247) women. As a control group 460 healthy women (normal BMD), age matched were recruited from the same demographic area (premenopausal n=206 and postmenopausal n=254). Women were considered postmenopausal if they had no menstruation for at least 12 months. Women with regular menses, non-pregnant and non-lactating at the time of sample collection were considered as premenopausal. All the subjects underwent Bone Mineral Density (BMD) measurements by Dual Energy X-ray Absorptiometry (DEXA) at lumbar spine (vertebrae L1–L4). On the basis of T-score of DEXA, they were classified as osteoporotic or normal according to WHO classification of osteoporosis (WHO 1994). A structured questionnaire was used to collect the detailed information on age, medical history and life style of all the subjects studied. None of the subjects were alcoholic or smokers and they were on their daily routine. Subjects with endocrinological disorders (such as hyperthyroidism, hypo- and hyperparathyroidism, diabetes mellitus, chronic disorders of liver and kidney, other skeletal diseases, Paget's disease, osteogenesis imperfecta, rheumatoid arthritis, systemic lupus erythematosus, ankylosing spondylitis and rheumatic arthritis) were excluded from the study. Subjects who were on medications known to affect bone density and metabolism (corticosteroids and anticonvulsants), or women with hormone replacement therapy, premature menopause were also excluded.

Bone Mineral Density (BMD) was measured from anterior–posterior lumbar spine (L1–L4) scanning with Dual Energy X-ray Absorptiometry (DEXA, Lunar GE Medical Systems, Prodigy 6.80, DF+10243). Subjects were categorized according to the World Health Organization (WHO) definition osteopenia was diagnosed at −2.5<T-score<−1.0 SD, and osteoporosis was diagnosed at T-score≤−2.5 SD at any site. The height and weight of each subject was measured and body mass index was calculated (BMI).

Genomic DNA was isolated from the whole blood samples using TKM1 method and genotypes were detected by polymerase chain reaction-restriction fragment length polymorphism (PCR-RFLP) analysis (Lahiri and Nurberger 1991; Frosst et al., 1995). The polymorphic locus of MTHFR gene was amplified using 5’TGAAGGAGAAGGTGTCTGCGGGA-3’as forward and5’AGGACGGTGCGGTGAGAGTG -3’ as reverse primer. PCR (Thermo cycler; Bio-Rad) was performed through 40 cycles by the following steps: denaturation at 94 °C for 30 sec, annealing at 61 °C for 30 sec. and extension at 72 °C for 1 min. The 198 bp amplicon was subjected for digestion with HinfI restriction endonuclease, (Fermentas Glen Burnie, MD) for 14 hours. Digested PCR products along with 100 bp marker were analyzed on 3% agarose gel. The genotyping was done on the basis of the presence or absence of Hinf site: CC=198 bp, CT=198 bp, 175 bp and 23 bp, and TT =175bpand 23 bp, lengths respectively (Figure-1).

Hardy–Weinberg equilibrium was first tested for MTHFR C677T genotypes. Association between the genotypes and osteoporosis was examined by using odds ratio (OR) with 95% confidence interval (CI) and χ2 analysis was carried out using SPSS software ver. 15 (Chicago, IL). All the statistical tests were 2-sided and were considered significant at p<0.05. Allelic frequencies were calculated according to the number of different alleles observed and the total number of alleles examined.

In this study we found that the BMI and BMD were low in osteoporotic subjects in pre and postmenopausal women when compared to controls (p<0.05) (Table1).  The mean ages of the study subjects were 39.5±4.4 and 57.7±4.6 years in pre- and postmenopausal women respectively. It was observed that the percentage of individuals with family history was more in osteoporotic group in comparison with the controls. There was no significant difference depicted with respect to age at menarche (Table 1).

Table 1:  Characteristics of the study population according to menopausal status.

Table 3: Genotypic and allelic frequencies of MTHFR C677Tgenotypes according to menopausal status. 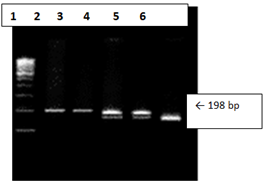 Table 4:  Association of Biochemical markers according to MTHFR genotypes in all the Study subjects.

Studies have reported that the gene polymorphisms play an important role in controlling the Methylenetetrahydrofolatereductase enzyme activity and leads to elevated homocysteine level which is a risk factor for low BMD and fracture [16, 17].  The present study showed that low BMI and BMD in osteoporotic subjects in pre and postmenopausal women aged 39.5 ± 4.4 and 57.7 ± 4.6 years respectively are in accordance with earlier reports [18-20]. Moreover, the demographic data on family history of low BMD have shown that genetics play an important role in determining the bone mass (Table 1). It was also noticed that significantly increased levels of bone alkaline phosphatase and bone acid phosphatase in osteoporotic indicating high bone turnover which is quite common in post-menopausal women [21]. Interestingly the present study noticed this condition even in pre-menopausal women.

However, to the best of our knowledge this study first time showed the increased levels of bone turn over markers even in the pre-menopausal women indicating high bone remodeling. The frequency of the MTHFR 677T allele varies substantially in different regions of the world and among ethnic groups [22-24]. A north-to-south increase of allele 677T prevalence has been observed in Europe [25]. In contrast, a north-to-south decrease of TT genotype was reported in China [26]. It has been reported that the TT genotype was found in about 8%–9% of the Caucasian population [27]. On the other hand, Chinese populations showed a higher proportion of TT genotype (17%–40%) [28]. More interestingly, the distribution of the MTHFR genotype may modify its effect on the plasma homocysteine [29]. All these findings strengthen the importance of studying the influence of this polymorphism in different populations. So far, to the best of our knowledge this is the first study to determine the association of C-T polymorphism of HinfI genotypes with osteoporosis and also to correlation with BMD in both pre- and post-menopausal women from South Indian population, Telangana.

In this study it was observed that the frequency of the TT genotype and the T-allele are 2.4% and 0.20% respectively in all the subjects studied which is comparable to a previous study from this region on cardiovascular diseases [30-32]. Also our study on MTHFR C677T genotypic and allelic frequencies were very similar to those observed in Asian Koreans and Japanese [24, 33]. The low frequency distribution of TT genotype in our study population observed may be due to racial and ethnic differences. The studies on causal mechanisms underlying the relationship between MTHFR genotypes and BMD not yet clear. However, the present study found a significant relation of TT genotype with BMD (Table-4). The TT genotype individuals were having lower BMD in comparison with CC and CT genotype individuals irrespective of menopausal status. When risk assessment was calculated by logistic regression analysis it was found that TT genotypes were at higher risk of osteoporosis in comparison to CC genotype individuals and this condition does not vary in both groups.  These results were in agreement with studies on post-menopausal women where it was noticed that a significant association between the MTHFR TT genotype and low lumbar spine and total body BMD [34]. whereas others studies could not find any association with BMD [12, 35]. The discrepancy in frequency distribution of MTHFR genotypes and its association with BMD could be due to racial differences coupled with environmental factors.  Further this study supports the role of genetics in pathology of osteoporosis.

MTHFR gene polymorphism was associated with BMD in the present study subjects and TT genotype individuals are at 2.7 time’s higher risk of osteoporosis in comparison to CC genotypes irrespective of menopausal status. This study also showed that increased bone turnover is not only restricted to postmenopausal women indicating the role of MTHFR gene variations in determining osteoporosis.

All the authors declare no conflict of interest

The authors are thankful to Indian Council of Medical Research (ICMR), New Delhi for financial support.