Objectives: The objective of this study was to observe mode of delivery among women with a history of prior cesarean birth.

Methods: After collecting data on a convenience sample of 1,000 women giving birth at 28 weeks gestation or greater at Mizan-Tepi University Teaching Hospital, we reduced the sample to only include women with a history of prior cesarean birth. We wanted to observe mode of delivery among this cohort and determine if any characteristics were associated with elective repeat cesarean birth, as compared to vaginal birth after cesarean.

Conclusion: Almost one-third of women in our observational cohort attempted trial of labor after cesarean; those that were successful were more likely to have been more cervically dilated on their admission exam. No sociodemographic or obstetrical characteristics were more likely among women who underwent pre-labor repeat cesarean birth as compared to intrapartum cesarean birth.

Cesarean birth rates are increasing, globally [1]. As cesarean births rates increase, so does the global prevalence of women with a history of prior cesarean birth. There is equipoise between whether trial of labor after cesarean versus elective repeat cesarean birth should be recommended among this population as each mode of delivery is associated with a balance of risks and benefits for the mother, as well as for the fetus [2]. It is increasingly common to focus on informed decision making with women regarding their delivery options [2]. Decision aids and predictive models have been devised to assist with this process [3-5]. Little data on these practices in low- and middle-income countries are available. In order to determine the need for assistance with decision-making in low-resource settings, it is imperative to first understand what mode of delivery women with a history of prior cesarean birth are experiencing. We know from prior research that rates of vaginal birth after cesarean in sub-Saharan Africa are around 80.0%; thus, we hypothesized that among our convenience sample of women giving birth at a teaching and referral facility in the Southern Nations, Nationalities, and People’s Region of Ethiopia, we would expect to observe similar rates [6]. We wanted to determine if any characteristics were associated with mode of delivery (repeat cesarean birth versus vaginal birth after cesarean), and if any outcomes were more likely after one mode compared to the other.

We conducted a hospital-based, prospective, cross-sectional quality improvement analysis at Mizan-Tepi University Teaching Hospital (MTUTH), in the Southern Nations, Nationalities, and People’s Region of Ethiopia. We observed a convenience sample of 1,000 women who gave birth (after 28 completed weeks of gestation) on labor and delivery at MTUTH between May 6 and October 21, 2019. Through a combination of chart review and structured interview at admission, delivery, and discharge, three physicians collected de-identified data, which was entered into REDCap [7]. Bivariate comparisons of sociodemographic, obstetric, birth, and pregnancy outcomes of women experiencing vaginal versus cesarean birth were performed using STATA software version 15.2 (StataCorp LP, College Station, TX, USA). Fisher’s exact, Chi-squared, and Kruskal-Wallis tests were performed depending on the variables. All covariates significant to p < 0.05 were included in a multivariable Poisson model with robust error variance (because vaginal birth after cesarean birth was prevalent) to determine which covariates were independently associated with cesarean birth. Despite the quality improvement nature of the work and the fact that only de-identified data was collected, oral consent was obtained from each woman before any of her data was recorded. This quality improvement survey was given an exempt from human subjects’ research approval (COMIRB # 18-2738) by the University of Colorado and approval.

Table 3 compares women who experienced vaginal birth after cesarean to those who underwent repeat cesarean birth. Overall the women had a median age of 25 years (interquartile range [IQR] 22,29), 44.9% of them had a primary school education, 42.9% were Protestant, 100.0% were not single, 55.1% lived in an urban area, and the women experienced a median number of 4 prenatal visits (IQR 4,5). Almost two-thirds of the population was nulliparous, the median interpregnancy interval was 48 months (IQR 1.5,3], most were in labor less than twenty-four hours (78.5%), and antepartum hemorrhage and blood pressure elevations were prevalent in 5.4% and 6.1% of the cohort, respectively. The median gestational length was 39 weeks (IQR 38,42), only 2.0% of neonates weighed less than 2500 grams, and the sex imbalance was quite pronounced—males accounted for two-thirds of the population. 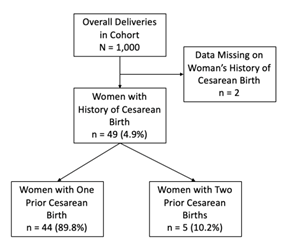 Figure 1: Population of women with history of prior cesarean birth at Mizan-Tepi University Teaching Hospital.

According to our analysis, there was no difference in the prevalence of intrapartum or postpartum complications between the study groups. We did test a number of antepartum, intrapartum, and postpartum maternal and neonatal complications, but there was no difference in outcomes between the groups (data not shown). Prior research has found that pre-labor elective research cesarean birth is associated with reduced postpartum hemorrhage and improved neonatal outcomes as compared to vaginal birth after cesarean [8]. Though the data are not shown, we did compare all pre-labor to intrapartum cesarean births (leaving out vaginal births after cesarean) and found no bivariate differences in antepartum, intrapartum, or postpartum characteristics or outcomes, either (data not shown). This suggests, along with the fact that 100.0% of women achieving vaginal birth after cesarean were in labor spontaneously, that women and/or providers may be selecting women for mode of delivery, appropriately. Those that are admitted in labor with a favorable exam may be allowed to labor, as compared to those who are not dilated and showing no signs of labor.

When we discussed these findings with coauthors and colleagues at MTUTH, the way these women are currently managed is that providers currently screen for any contraindications to vaginal birth after cesarean using a protocol based on national recommendations. If, according to the protocol, the woman qualifies for a safe trial of labor, she will then be offered the option of cesarean birth versus trial of labor after cesarean. She is usually counseled by a physician during her antenatal care in the outpatient setting and given time to consider the choice. No specific protocol is currently used for counseling. If she chooses to labor, she is monitored with electronic fetal monitoring or managed one-on-one by a midwife on service. MTUTH also has a blood bank on site.  The current practices at MTUTH appear to be resulting in the safe management of trial of labor after cesarean. An area of research might be into the standardization of the vaginal birth after cesarean counseling women are receiving or use of a decision aid to ensure that all women are receiving similar information under similar circumstances. The one-to-one attention during trial of labor would also be an area of potential research. This analysis is limited by the lack of contextual data surrounding counseling of women and the method women use to decide on mode of delivery after a prior cesarean birth. Further qualitative research on this topic would add richness to the data and assist with disseminating the success that MTUTH has achieved regarding safe trial of labor after cesarean and vaginal birth after cesarean. Prospective research on the process used by MTUTH regarding mode of delivery decision-making and intrapartum management would enable further research on best methods to implement and disseminate these evidence-based practices, elsewhere.

The authors have no relationships to disclose that may be deemed to influence the objectivity of this paper and its review. The authors report no commercial associations, either directly or through immediate family, in areas such as expert testimony, consulting, honoraria, stock holdings, equity interest, ownership, patent-licensing situations or employment that might pose a conflict of interest to this analysis. Additionally, the authors have no conflicts such as personal relationships or academic competition to disclose. The findings presented in this paper represent the views of the named authors only, and not the views of their institutions or organizations.

We appreciate the significant time and effort involved with data collection for this project. We would also like to thank all the women who volunteered to participate in this study and provided evidence of their birth experience.