Ensuring uninterrupted microcirculation is a fundamental requirement for reconstructive flap surgeries, and tissue viability can be determined by measuring the perfusion to it. There are several laser-based optical imaging procedures have been established to analyze tissue perfusion. Laser speckle contrast imaging (LSCI) is one of them comprising a camera and laser diode that produces a near-infrared laser beam and illuminate the tissue. Over the illuminated area, a scattered speckle pattern is created and measures the perfusion rate. Here we report a case in which post-operative perfusion monitoring of tissue flap was done using the LSCI. Minimal invasive, easy to operate, real-time perfusion measurement, and rapid response to vascular occlusion makes LSCI a prevalent device for measuring pre-, peri- and post-operative microcirculation. However, broaden clinical studies should be necessary to confirm its effectiveness. According to our studies, we found LSCI to be a potential monitoring device.

Free flap reconstructive surgery is a practical challenge for microsurgeons. For successful free flap reconstruction, it is essential to evaluate the reconstructed area perfusion for the prompt identification and revision of compromised vascular supply. Nevertheless, it has been not very easy to find a feasible way to evaluate the transferred tissue flap with higher sensitivity and specificity. Vascular compromise classically occurs within the post-operative first day, [1] within that time, it is essential for the surgeons to follow up the consequence of the reconstructed flap or replanted fingers [2]. Laser speckle contrast imaging (LSCI) refers to a photography based method that comprises a camera and a laser diode. The laser diode generates a divergent 785-nm laser light, illuminates an area of tissue, and scrutinizes the interference pattern of the scattered light from the tissue. The most recent study showed the sensitive and reproducible measurements of a cranial gluteal artery perforator flap microcirculation in a model of porcine flap observed by LSCI [7]. Here, we report a case in which post-operative monitoring of an Anterolateral thigh flap (ALT) microcirculation which was used to cover a wound of the hand using LSCI that showed a feasible result.

A 22-year-old male suffered from the amputation of the

distal phalanx of his left thumb and middle and distal phalanges of his index finger by a compression injury involving a grinding machine at his workplace. The primary debridement procedure was performed on the same night as an emergency surgery under a brachial plexus block. The wound was primarily covered by Vacuum Sealing Drainage (VSD) and left it for the second time surgery. On the second surgery, the recipient veins were identified preoperatively by a handheld Doppler. One arteries, one vein, and one nerve were anastomosed. (Figure 1) shows the perioperative photos of second surgery. Post-operatively, the microcirculation of the reconstructed area was monitored using LSCI straightaway after the surgery, and post-operative morning was done in the temperature-controlled ward every hour throughout the day after the surgery for seven days. 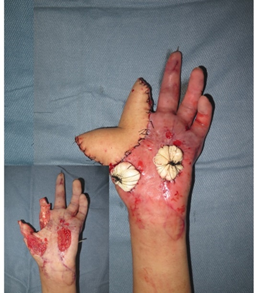 A Laser Speckle Contrast imaging device (PeriCam PSI System, Perimed AB, Järfälla, Sweden) LSCI was recruited in this study, which measures perfusion illuminating the tissue with an invisible near infra-red laser (785 nm). It generates a speckle pattern over the region of interest (ROI). The principle of the measurement technique of the PeriCam PSI System is done by an advanced CCD camera that records these changes in the speckle pattern at a speed of up to 113 images per second and up to 1386 x 1036 pixels per image [4]. We placed the laser head approximately 15-20 CM above the reconstructed area (Figure 2), and the image acquisition rate was set to 10 images per second. The principle of LSCI has been explained previously in other literature [5]. 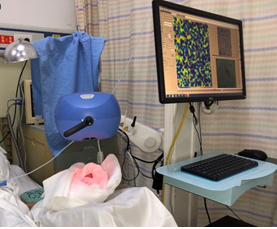 Figure 2: Post-operative evaluation of microcirculation in a temperature-controlled ward.

The camera was kept 15-20 cm over the patient’s hand as literature was reported that the space kept between the laser and the patient does not influence the LSCI value [6]. During every measurement, the data from 600 consecutive images were calculated. LSCI images were processed using their own system analyzing software program named PSIWin; Perimed AB. 2 region of interests (ROIs) were chosen to differentiate the perfusion, and then the perfusion values were collected hourly and later the mean was calculated offline on excel spreadsheets (Excel 2016 V3 ®, Microsoft USA).

The perfusion in the reconstructed area and the average perfusion of the palm immediately after the operation was 37.6 and 75.2 perfusion units, correspondingly. The change in the skin perfusion post-operatively was measured by LSCI is presented in (Figure 3). The post-operative perfusion values were different, and the perfusion observed by LSCI was stable and uprising day by day during the observation period. In the end, the transferred tissue flap survived successfully without any further complication (Figure 4). In the setting of transferring tissue flap, even though several arteries and veins are being anastomosed, pos-toperative monitoring of the tissue flap is still essential as there are some possibilities of tissue morbidity in the distal portion of the flap. Zötterman et al. did one study on the porcine model to predict flap necrosis and found partial necrosis to happen in the distal portion of the flap with a perfusion value below 20 PU [7]. 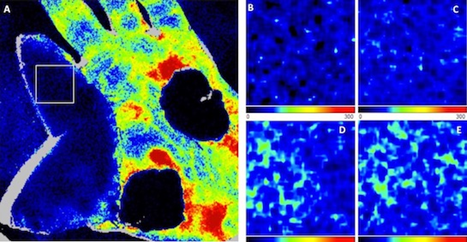 Figure 3: Represents LSCI image of the hand showing the typical perfusion in both tissue flap and the palm on post-operative day 1 (A) The white box on image (A) represents the chosen ROI, as it was the distal portion of the flap which is considered under danger; (B) Shows development in perfusion on the third day followed by; (C) On fifth day; (D) On sixth day and; (E) On seventh day. The two dark round things are made of sterile gauze to create pressure on skin grafted area. 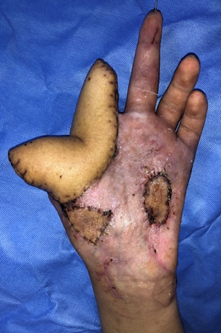 Figure 4: Shows the outcome of post-operative day 30. The flap was successfully viable without any partial necrosis.

However, surgeons till now rely significantly on clinical outcomes, for example, color changes on the flap surface, slow capillary refill, temperature changes, and very commonly, the pinprick test. By pinpricking the test, they determine the condition of the flap observing the color of the blood and the speed of bleeding. There are several advantages of post-operative evaluation using LSCI. First of all, this technique is risk-free to the patients and the flap. A laser-based approach assists to perform microcirculation monitoring being noninvasive to the patient. Additionally, measuring tissue perfusion in real-time allows us to see the rapid reaction to the occlusion of both artery or vein [3]. Finally, we can measure skin perfusion using LSCI in a quantitative way. The quantification of the skin perfusion is easier to calculate offline to determine the consequence of the flap in its different areas. In our current case, although the perfusion of the transferred tissue flap was notably lower than that of the unaffected hand, however, the good thing was the continuous rise in the perfusion value in the ward afterward. (Figure 5) represents the mean perfusion change throughout the day till post-operative day five. Furthermore, LSCI can help us detect flap condition and take necessary steps earlier as it takes a while to detect the changes in skin color visually (Figure 6).

Figure 5: Shows post-operaive evaluation of microcirculation. We measured the perfusion data every hour till day 5.

Figure 6: Shows the differences of LSCI image between a healthy and compromised blood flow area on a pedicled groin flap.

To our knowledge, this is the freshest report in which successful flap reconstructive surgery was performed and monitored post-operatively using LSCI in the human patient. Nevertheless, more clinical researches are necessary to confirm its potency in different kinds of conditions; to our understanding, LSCI is a potential device to monitor perfusion post-operatively.

We would particularly like to thank Chaoxi Wen, Lishan Zhang and Shuyi Liu for their valuable help with providing data.