1Assistant Professor at Department of Microbiology and Molecular Genetics, University of the Punjab, Lahore, Pakistan

We conducted a logical review to investigate avian influenza outbreaks and to explore their distribution, upon avian influenza subtypes, country, history, avian species and other relating details. Avian flu caused by type A virus (H5N1) which is especially deadly strain of bird flu. Majority of infection in man caused by Asian lineage H5N1& H7N9 viruses. This infectious disease has often occurred after interaction with birds or their ooze. Symptoms of bird flu virus in people range from normal flu to sever fatal respiratory disease. Audenz provides active immunization to prevent disease caused by H5N1 [1].

Influenza is basically one of seasonal epidemics and effects 50% of adult and 20% of children every year. Avian influenza, bird flu is an infectious disease caused by type A virus (H5N1). H5N1 is specifically deadly strain of bird flu continues to spread and affect health of people, animals and wild bird [2]. This is a serious pandemic threat [American Society for Microbiology, 2007]. People normally don’t get infection from Avian influenza a virus but uneven infection in people have occurred by this A type virus and these infections have often occurred after interaction with birds or their ooze.

New influenza virus epidemics in 21st century is a certainly, but whether H5N1 will be next epidemic virus is far from certain [American Society for Microbiology, 2007] [4].

Avian influenza was basically originated from bird’s especially wild birds and its first case was detected in Hong Kong in 1997. In Europe, outbreaks among birds showed that these birds were able of carrying the infection to some new site. Then the birds spread the disease in “a leap frog fashion” by travelling for short period of time.

They passed on infection to another group of birds before dying and it was contributed to the long distance spread of virus. In contrast to Europe, in Asia, it was showed that this outbreak generally originated within the commercial production of poultry. But the main cause of spreading was domestic poultry.

It is still not clear that how the birds in Erhel and Qinghai Lake were injected with this disease. The first specie who was succumbed to this disease was Bar-headed Geese Anser indicus and these species were died in the largest numbers at Qinghai Lake.

At Erhel Lake, Bar headed Geese and Whooper Swans Eygnus were the main species which were found dead with this infection.

As this outbreak, it was believed that the birds might have carried the infection to Mongolia during migration. This infection was spread, at the largest level from birds to birds and after birds it was transmitted to human through contact with birds’ faces.

Poultry infected with this virus excreted particles in their faces. Chicken faces have been used as fertilizers in aquaculture operations in Russia and Europe. So, through this, it was transmitted to human and then it was spread from human to human extensively.

1918- Human H1 virus circulating among people since around 1900 picked genetic material from a bird flu virus just before 1918 and which become deadly epidemic strain.

2005- “Spread of virus” carried by migrating birds and 2 parrots died in an isolating center in Britain.

10 farms infected by this. There was no report on human infection 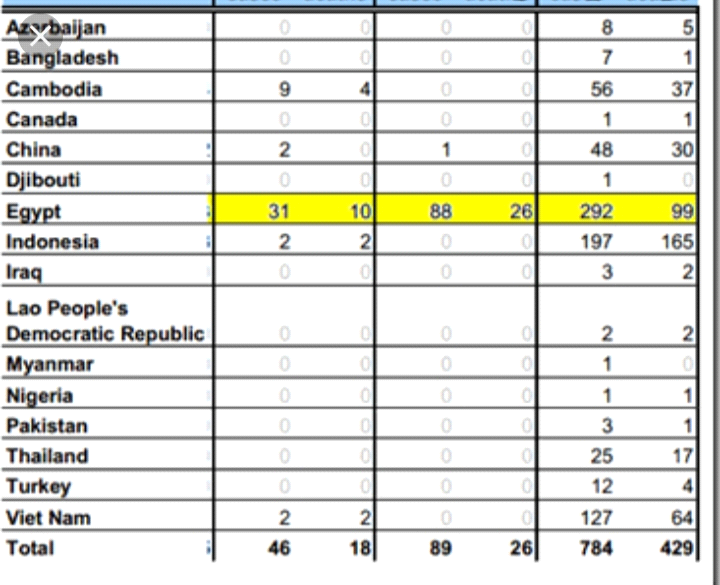 Figure1: Shows cumulative number of confirmed human cases for avian influenza. Cases of human infection with A (H5N1) are reportable on outbreak for events that are unusual or associated with risks. 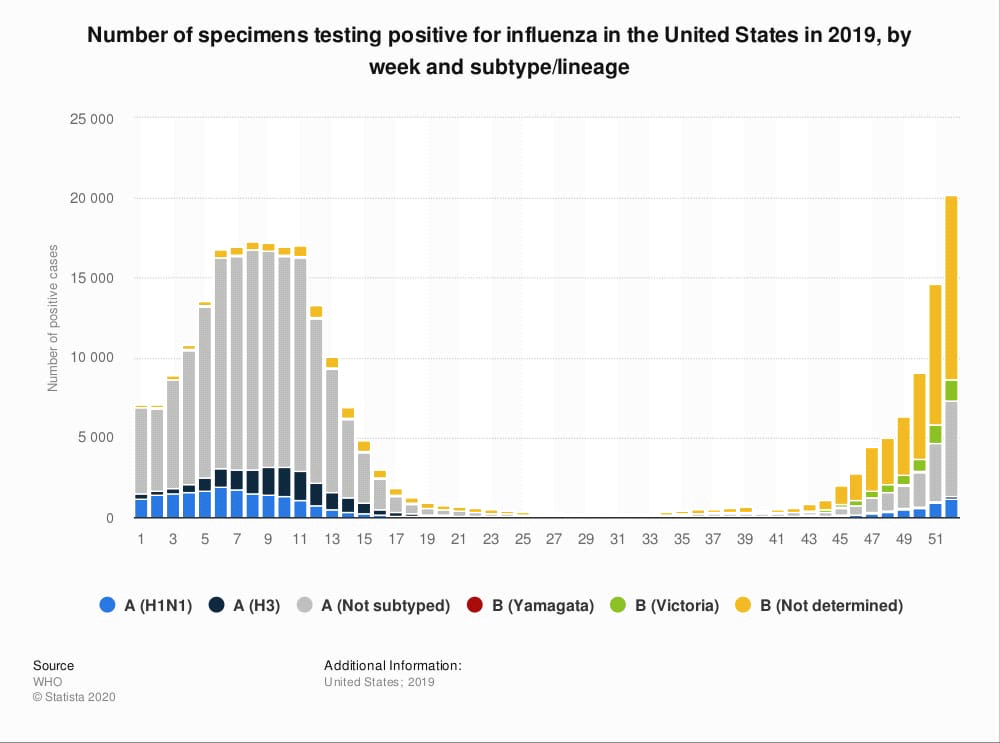 Figure 2: Shows number of positive cases by different subtypes of avian influenza, upon United States. The developing countries have bared the largest economical loss from this pandemic.

Symptoms of bird flu virus in people usually range from normal flu and can increase to severe fatal respiratory diseases. In February 2005, researchers in Vietnam got human cases of bird flu in which virus infected brain and digestive tract of 2 children who could not bear it and died.

Symptoms may become severe leading to:

In Thailand, the average time from the start of illness to the progression of acute respiratory distress syndrome was 6 days, with a range of 4 to 13 days. Multi organ dysfunction with signs of renal failure and sometimes cardiac comprise including cardiac dilation and supraventricular tachyarrhythmias, have been common [6].

A person may have risk of H5N1 strain by

Research published on 2012 at University of Wincosm studied that virus can become transmissible in ferrets.

There are 3 types of influenza virus A: causes influenza with 8 RNA sequences which make genome

This is named H5N1 influenza virus

Avian influenza cannot be detected by symptoms and clinical sign alone; there is also need of laboratory testing to diagnose it. It can be diagnosed by the collection of swabs from the upper respiratory tract i.e. throat or nose of the infected person. Testing becomes accurate if the swab is collected during the crucial days of illness. Then the specimen is sent to a laboratory, the laboratory seeks for avian influenza.

A virus by using a molecular test, by trying to grow the virus or by both ways collection and testing of lower respiratory tract, specimen may also lead to diagnosis of this infection for critical infected patients. But it may be difficult to detect the virus in those patients which are no longer sick or recover from this infection. This may be possible to diagnose the disease by antibodies which the body has produced in response to the virus.

Many types of influenza viruses were invulnerable to the effects of a category of antiviral drugs which includes rimantadine and amantadine. So, health officials suggested the use of zanamivir (Relenza) or oseltamivir (Tamilflu). These drugs must be given within two days after the symptoms start to appear. Tobacco plants have been genetically engineered to express extra cellular domain of hemagglutinin protein from H5N1 avian influenza virus as a cheaper substitute for the purpose of production [9]. The use of antiviral chemotherapy and natural compounds, RNA interference, genetic breeding, avian cytokines added appraisal as integrated intervention strategies for control of HPAIV H5N1 in poultry.

Neuraminidase Inhibitors (NAIs) two main NAIs which are oseltamivir (Tamiflu) and zanamivir (Relenza) have been licensed for treatment of influenza in many countries. When host body is exposed to NAIs, influenza virions aggregate on the host cell surface preventing their release and allow the host immune system to eliminate the virus.

Herbs there are a lot of products containing herbs flavonoids, alkaloids, polyphenols or lignans mostly from traditional Chinese medicine, are offering promising supplements or substitutes to anti-viral chemotherapy.

Probiotics There are a lot of studies that have proven the effectiveness of probiotic lactic acid bacteria such as Lactobacillus Bifidobacterium and streptococcus thermophiles species to intensify the immune response against different influenza strains. Post genetic selection the host genetics play a crucial role in vulnerability to influenza as well as the HPAIV H5N1.

A H5N1 vaccine is an influenza vaccine also known as flu shots or flu jabs are purposive to provide immunization to influenza A virus subtype H5N1. New version of this vaccine is developed two times a year as the influenza virus swiftly changes. In January 2020, US FDA approved AUDENZ. A subservient influenza A (H5N1) monovalent vaccine. Audenz provides active immunization to prevent disease caused by H5N1.

H5N1 continually evolves which means those vaccines which are based on current samples of avian H5N1 cannot be depended upon to work in the case of a future pandemic of H5N1. To prevent the loss of human lives it was important to prepare safe bivalent influenza vaccines Research shows that the extracellular domain of influenza M2 based human influenza vaccines persuaded a broad spectrum protective immunity in various antigens constructs. Prime-boost vaccination with a fowl pox vector and an inactivated avian influenza was highly immunogenic in pekin ducks (scholar google). Immunity of avian influenza vaccine in chickens was enhanced by salmonella flagellin (scholar google).

Avian virus which can survive from 2 weeks to 2 months occurs naturally in birds but doesn’t typically make them sick. It is very contagious in ducks, chicken and turkeys. Virus comes from birds to humans due to assortment and mutation and use of fertilizer having chicken faces. It can be diagnosed by swab collection antibodies (serological method) and direct detection of virus RNA. Unhealthy and unhygienic attitude leads to symptoms of avian influenza after incubation period of 2-5 days.

Patients must be isolated, monitored, receive pharmacological therapy and care for organs. Use of zaminiver is uncertain Neuro-toxicity is the biggest disadvantage of amantadine However Ramantadine is less neurotoxic. We are not certain about when next influenza will emerge.