Introduction: heart failure with reduced ejection fraction (HFrEF) is a chronic disease defined as ejection fraction (EF)<40 together with heart failure symptoms, which is progressive and has a high risk of mortality. Fibromyalgia (FM) is defined as chronic pain syndrome, characterized by widespread musculoskeletal system pain, anxiety, orthostatic hypotension, and sleep disorders, with unknown etiology. This study aimed to determine the relationship between FM with heart failure.

Conclusion: The determination of conditions that diminish the quality of life in HFrEF patients can increase their quality of life. While the diagnosis of FM is generally delayed, it is a not uncommon disease that impairs quality of life. This causes patients to use more NSAIDs than required, and overuse of NSAIDs increases hospitalization associated with HFrEF. When it is taken into consideration that FM is often seen in HF patients, diagnosis and treatment can reduce hospitalizations by reducing NSAID use and improving quality of life. There was also seen to be a significant correlation between FM and depression.

Heart failure with reduced ejection fraction (HFrEF) is defined by the European Society of Cardiologists (ESC) as a clinical table with reduced cardiac fluid because of structural impairment, which causes increased cardiac pressure, with typical symptoms of shortness of breath, edema in the ankles and fatigue, and physical examination findings of increased jugular venous pressure, pulmonary rales and peripheral edema [1]. Prevalence in developed countries is approximately 2%. It is a severe community health problem causing morbidity and mortality throughout the world [1]. The frequency of HFrEF increases significantly with age. In the 50-59 years age range, HF is seen in 8/1000 males and this rises to 66/1000 in the 80-89 years age range, and similar rates have been reported for females [2]. With increasing life expectancy and increasing treatment options, the frequency of HF is also increasing [3]. Although great advances have been made in the understanding of the disease and treatment, HFeRF still has an extremely high mortality rate with 50% of cases dying within 5 years of the initial diagnosis [4].

Fibromyalgia (FM) is defined as a chronic pain syndrome, characterized by widespread musculoskeletal system pain, anxiety, sleep disorders, and functional symptoms, for which the etiology is unknown [5]. After osteoarthritis, FM is the most frequently seen rheumatological disease [6]. The prevalence has been reported as 3-5% and increases together with age. Between the ages of 20 and 50 years, it is seen more often in females [7]. The underlying etiology of FM has not yet been fully clarified [8]. FM is classified under the term of central sensitization. However, some studies have suggested that mechanisms related to peripheral neuropathy have a role in FM [9]. Despite the pain in soft tissues such as muscles and tendons, there are no findings of inflammation. Although widespread chronic pain is the most evident characteristic of FM, disorders such as insomnia, fatigue, headache, depression, anxiety, mood disorders, and irritable bowel syndrome often accompany FM [10, 11]. Besides, findings related to autonomous nerve system disorders such as orthostatic hypotension and changes in heart rate may also be seen in FM [12, 13]. The diagnosis of FM is made according to the 2016 FM diagnostic criteria [14]. However, as there are many problems together and there is no specific condition, FM diagnosis may generally be delayed.

Just as FM diminishes the quality of life of patients, it may also increase healthcare costs. FM may be seen as a primary disease and may also accompany another disease. Findings such as muscle pain, fatigue, listlessness, anxiety, depression and sleep disorders are often seen in patients with HFrEF. Comorbid diseases diminish the quality of life even further in HFrEF patients. The presence of FM in HF can cause a deterioration in the quality of life and impair treatment compliance. There are no data in the literature showing a relationship between the two diseases. Therefore, this study aimed to determine the frequency of FM in patients with HF.

Approval for this prospective study was granted by the Non-Invasive Research Ethics Committee of Firat University (decision no:24, dated: February 2018). All study procedures were applied in compliance with the principles of the Helsinki Declaration. The study included 131 patients aged >18 years, who presented at the Cardiology Polyclinic of Firat University Medical Faculty between January 2019 and December 2019, who were diagnosed with HFrEF and widespread body pain. A control group was formed of 91 patients with EF >50, no symptoms of HF, and widespread body pain. After taking the anamnesis, each patient was applied with echocardiographic examination using a Vivid™E9 with XDclear™, General Electric Medical Systems, N-3191 device (Horten, Norway) and systolic functions were evaluated.

Patients were excluded from the study if they had HF symptoms and EF>40%, any known rheumatological disease, muscle disorder, hypothyroidism, hyperparathyroidism, neuropathic pain, multiple sclerosis, myasthenia gravis, a recent history of trauma, malignancy, known diagnosis of depression, a recent history of the acute coronary syndrome, or a history of major surgery within the previous 6 months.

* The relationship between HFrEF and FM, Chi-square test , indicates a statistical significance (p<0.05).

Table 1: Demographic characteristics of the patients.

Table 2: Drugs used and the rates in the HFrEF group.

Table 3: Comorbidities and rates in the HFrEF group.

Table 4: Comorbidities and rates in the control group. 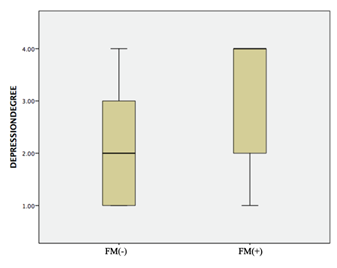 Figure 1: The relationship between FM and the depression degree. 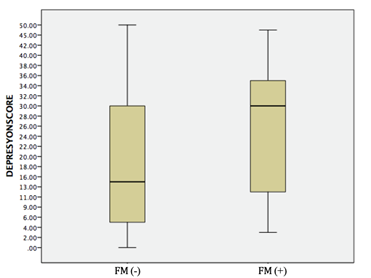 Figure 2: The relationship between FM and the depression score.

HFrEF is a progressive disease that causes frequent morbidity and mortality. Comorbidities to HFrEF can exacerbate the HFrEF and increase hospitalizations. One of the most common reasons for hospitalization of patients with HFrEF is the irregular and unnecessary use of drugs. ACE-i, ARB, beta-blockers, aldosterone antagonists, and sacubitril-valsartan used regularly and at an effective dose reduce both hospital admissions and mortality [16-18]. Compared with other chronic diseases, HFrEF has been shown to have a greater negative effect on the quality of life. General body pains are often seen in HFeEF. The quality of life status of patients with HFrEF is thought to increase hospital admissions and the mortality rate [19]. Identification, determination, and treatment of these conditions could reduce hospital admissions and mortality. One of the reasons causing a deterioration in the quality of life of HFrEF patients is widespread body pain. FM is a chronic pain syndrome seen with widespread musculoskeletal system pain and sleep disorders [5]. In the treatment of FM, specific treatments such as anti-epileptic drugs, tricyclic antidepressants, selective serotonin reuptake inhibitors, and serotonin-norepinephrine reuptake inhibitors are widely used. Muscle relaxants, 5HT3 receptor antagonists, dopaminergic agonists, and antioxidants may also be used. NSAIDs are not routinely recommended in FM treatment, but as NSAIDs are more easily accessible, they may often be used by patients [20, 21].

In an extensive study that scanned the healthcare systems of four different European countries, it was reported that the risk of hospitalization because of HFrEF was significantly increased with the use of traditional NSAIDs (diclofenac, ibuprofen, indomethacin, ketorolac, naproxen, nimesulide, and piroxicam) and two individual COX 2 selective NSAIDs (etoricoxib and rofecoxib) [22]. In the current study, more frequent use of NSAIDs was observed in the group with FM. Diagnosis and treatment of FM in HFrEF patients may reduce hospital admissions associated with HF exacerbation, by reducing unnecessary NSAID use and improving the quality of life of the patients [11]. The results of this study demonstrated that the frequency of depression was significantly higher in the FM group than in those without FM. The depression score was also observed to be significantly higher in patients with FM. As FM is accompanied by many additional problems and these diminish the quality of life of patients, it can be expected to lead to depressive disorders. This can cause even further deterioration in the quality of life. Therefore, FM patients should be evaluated for depression.

The frequency of FM in the HFrEF patients was determined at a statistically significantly higher rate than in the control group (p<0.05). The use of NSAIDs was also significantly higher in these patients than in the control group (p<0.05). A statistically significant correlation was determined between FM and the depression score (p<0.05) and between FM and the severity of depression (p<0.05). A limitation of this study could be said to be that there was no follow-up of the hospital admissions of the HFrEF patients with FM.

General body pains are often seen in HFrEF patients, and making a diagnosis of FM into consideration can improve quality of life with the appropriate treatment. Reducing the use of NSAIDs in HFrEF patients with comorbid FM can reduce hospital admissions. Patients with FM should be evaluated for depression, and treatments should be planned which will increase the quality of life. This study can be considered of value in respect of showing the relationship between HFrEF and FM, and between FM and the depression score and severity of depression.

The authors have no conflict of interests to declare concerning the authorship and/or publication of this article.

There were no specific sources of funding for this research.