Bicuspid aortic valve is relatively common congenital cardiac anomaly, it is found in approximately 0,5-2% of the general population, which 75% of them are male. Was first described by vinci leonard and is defined by the presence of two abnormal leaflets, usually unequal in size, and not three aortic normal leaflets (as in the normal tricuspid valve). A prospective single center study had been performed in the department of Cardiology,Ibn rushd university hospital, to assess the evolution of valvular and aortic diameter in adults patients with bicuspid aortic valve. A total of 106 patients with bicuspid aortic valve were included during a follow up of 10 years. Aortic dimensions and other echocardiographic parameters were obtained from the echocardiography database of department. Patients with bicuspid aortic valve were mainly male (76,4%), with a mean age of 49 +/- 15 years and a significant proportion of hypertensive patients (50.9%). We notice a majoration of the number of patients with aortic stenosis over time (p < 0,001), with an involvement of transthoracic echocardiography parameters of aortic stenosis, a decrease of the aortic valve area, indexed or not, an increase of peak velocity and mean gradien, this progression was significantly higher (p = 0.0025) in subjects with aortic stenosis at inclusion:16cm/s/year against 4.6cm/s/y and an mean gradient of 3.5mmHg/year against 0.6mmHg/y. Whereas the progression of dilatation of sinus of Valsalva and tubular ascending aorta,was also more important in patients with aortic stenosis at inclusion compared with those who had not, aortic diameters between the 1st and the last control, sinus of valsalva: 0,17- 0,3 mm/year, tubular ascending aorta : 0,32 - 0,6 mm/year. A significant progression of aortic dimeter was obreserved in patients with a small aorta at inclusion compared of others. This study reinforces the fact that clinical and echographic surveillance of these patients, even if they are asymptomatic, thus fundamental and necessary to better prevent complications.

It is suggested that the BAV lesion can cause morbidity and mortality more than any other congenital heart disease [4]. It requires serious follow-up; Most patients with a bicuspid aortic valve will develop some complications during life such as aortic stenosis, aortic regurgitation and aortic dissection [4]. The majority of subjects with bicuspid AV will resort to heart surgery at during their life, mainly for an aortic valve disease, more rarely for a pathology of the ascending aorta, aortic dilatation secondary to a BAV is called bicuspid aorthopathy [5]. The disease represents a heterogeneous spectrum, leading to difficulties in the interpretation of follow-up and treatment options [6]. Transthoracic echocardiography (TTE) is the first-line imaging modality used for the diagnosis and monitoring of patients with BAV. It provides data regarding concomitant aorthopaty and valvular dysfunction.

The aim of this work was to study the progression of the disease (valvular and aortic) in a patients with a BAV followed for a prolonged period of observation.

Between January 2009 and January 2019, 106 consecutive patients suspected or with a previous diagnosis of BAV were included. All patients were in sinus rhythm. The data collected will be extracted from the medical file.

They were excluded all the patients with a history of aortic or valvular surgery, patients with others pathology causing aorthopathy, antecedents of infectious endcarditis, valvulpathy of other etiology in particular rheumatic, a TTE quality inadequate for diagnosing a BAV (severe calcification of the aortic valve).Patients who refused to participate in the study or who were lost to follow-up were also excluded.

All patients received at least one 1 ETT during follow-up. Echocardiographic studies were carried out using equipment (Philips). The quantification of size and diameter of the heart chambers was determined according to the recommendations of guidelines of the American Society of Echocardiography [7]. The study of the aorta concerned: (1) the aortic valve annulus, (2) the maximal diameter of the sinuses of Valsalva, (3) the sinotubular junction, and averaged at each aortic level, and the results were indexed for body surface area (BSA) (Figure 1).

LV systolic function was assessed with the calculation of the LV ejection fraction using the Simpson biplane method [7]. 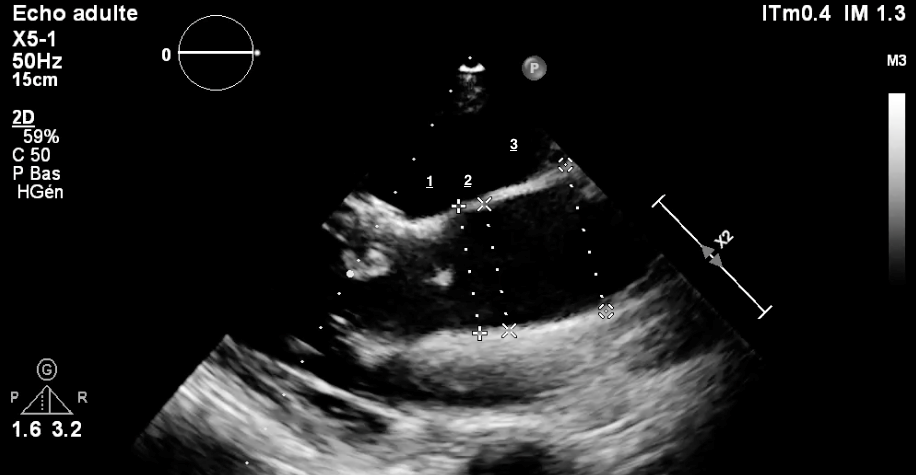 Figure1: Aortic dimensions: (1) sinus of Valsalva, (2) the sinotubular junction, and (3) the tubular portion of the ascending aorta.

The degree of aortic stenosis (AS) was graded using Doppler echocardiography (five-chamber view, right parasternal). The primary haemodynamic parameters used for clinical evaluation of AS severity was, AS jet velocity, Mean transaortic gradient, Valve area by continuity equation, velocity ratio, Planimetry of anatomic valve area if is possible andacceleration time/ejection time ratio. Severity of AS was graded as mild in patients with a maximum aortic peak velocity (Vmax) of 2.6 to 2,9 m/second, moderate in those with a Vmax of 3 to 4m/second and severe in those with a Vmax of ≥4 m/ second to evaluate statistical differences, similar to a previous report [7].

Degree of aortic regurgitation (AR) was defined by a composite evaluation of venae contracta, PISA method, Pressure half-time and Diastolic flow reversal in the descending aorta according to guidelines [8].

The ascending aorta is dilated if its diameter exceeding 39 mm [9] and a sinus of Valsalva with a diameter greater than 40 mm is estimated to be dilated [10]. the measurements were indexed to small body size, and diameter was determinatd to be 22 mm / m² and 19 mm / m² for sinus of valsalva and for the ascending aorta respectively.

Table 1 displays the baseline characteristics of the study population.

Patients with bicuspid aortic valve were mainly male (76,4%), the median age of the study group was 49 years (range: 34–64 years). It was a significant proportion of hypertensive patients (50.9%).The frequency of hypertension, diabetes mellitus, dyslipidemia and symptoms is presented in Table 1. In total, 35 (33%) patients had mild AS, and 4 (4 %) had moderate-to-severe AR. 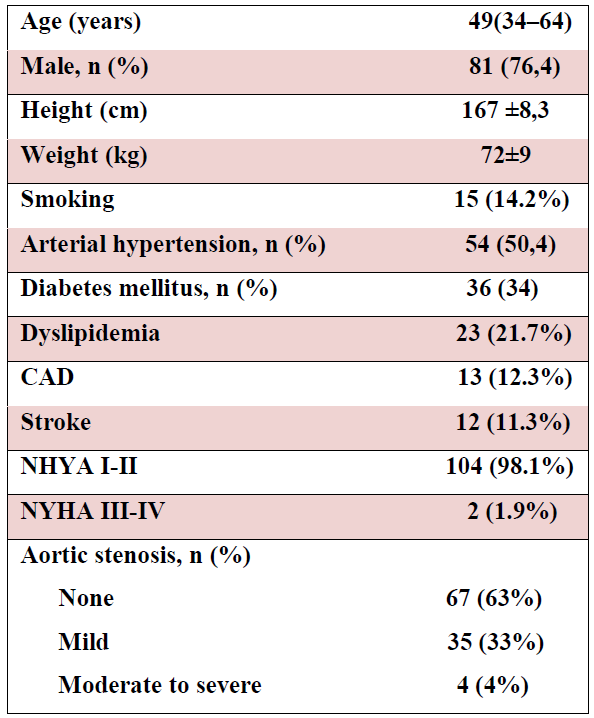 Whereas the progression of dilatation of sinus of Valsalva and tubular ascending aorta,was also more important in patients with aortic stenosis at inclusion compared with those who had not, aortic diameters between the first and the last control, sinus of valsalva: 0,17- 0,3 mm/year, tubular ascending aorta : 0.32 – 0.6 mm/year. A significant progression of aortic dimeter was obreserved in patients with a small aorta at inclusion compared of others. (Figure 3). 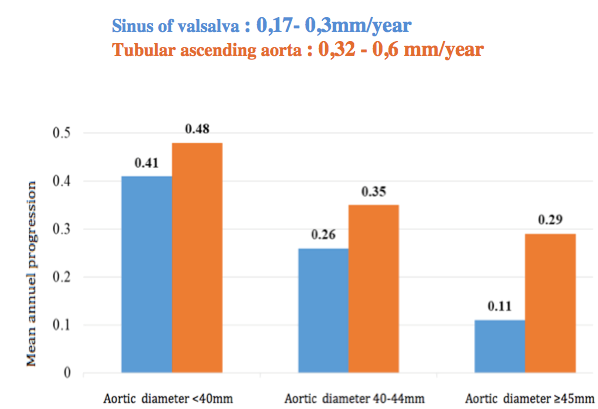 Figure 3: Comparison of the mean annual rate of progression of SV and TAA diameter as a function of aortic diameter at diagnosis of BAV.

The aortic root diameter increased over time in 41% of patients, and the ascending diameter increased in 55%. In 32% of patients, no growth was observed at any level. Also, we notice a majoration of the number of patients with aortic stenosis over time (p < 0,001), with an involvement of transthoracic echocardiography parameters of aortic stenosis, a decrease of the aortic valve area, indexed or not, an increase of peak velocity and mean gradient (Table 2). This progression was significantly higher in subjects with aortic stenosis at inclusion:16cm/s/year against 4.6cm/s/year and an mean gradient of 3.5mmHg/year against 0.6mmHg/year. (p = 0.0025) (Table 3).

During follow-up of 10 years, 9 patients with BAV developed infectious endocarditis corresponding to a rate of 8.5%. This complication was higher in men than in women (P = 0.037). However, none of the patients underwent aortic dissection or rupture in this series. 48 patients underwent a surgical procedure regardless of whether it was an aortic valve replcement alone or associated with an aortic replacement.All other patients are still under continuous surveillance (Figure 4).

Like most studies, this work confirm the male predominance of BAV with a male/ female ratio of 3/1 [12], the GenTAC registry presented at the 2015 American Heart Association Scientific Sessions meeting showed that men had more frequently type 1 BAV with fusion between the left and right coronary cusps than women 81.5% versus 69.0%, P=0.03), whereas type 1 BAV with fusion between the right and noncoronary cusps was more frequently observed in women (18.5% versus 31.0%, P=0.03) [13], but we have non studies that explain sex differences of bicuspid aortic valve morphology and the frequency of male. The exact pathogenesis of the formation of bicuspid aortic valves is not yet fully clair and understood.

Most patients with a bicuspid aortic valve will develop some complication during life, most relaesed studies has been concentreted to evaluate two important complications: aortic dissection and aortic rupture[14,15].Conversely, Few small study sought to identify risk factors for rapid growth of the ascending aorta in patients with bicuspid aortic valve. It is important to note that dissection can also occur at small aortic diameters.

Earlier surgery has been recommended for patients with aortic diameter increase >2 mm/year [16]. In the present series, mean growth rates fell within the range of previously reported values [17,18]. Thus, even this cutoff might be too high. Although typically progressive in its nature (diameters remained stable over time in only 1/3 of patients), Bicuspid aortic valve aortopathy was generally an indolent disease, with slow mean growth rates. Nevertheless, the mean ascending diameter increase in our fast progression group was 0.6 mm/year and 0.3mm respectively in tubular ascending aorta and sinus of valsalva; therefore, our definition successfully identified patients at higher risk of requiring surgery [14].

As other complication, bicuspid aortic valve was involved in mild to severe AS. TTE has been recommended in bicuspid aortic valve patients with symptoms. It could provide precise diagnosis and severity of AS, abnormal hemodynamic, left ventricle function, left stroke volume, and, TTE might be used to decide the surgical intervention time and speculate prognosis [19]. In our series porgression of AS was significant ( p <0.001).

Several studies have raised the hypothesis of the BAV phenotype and its role in the rapid progression of valve dysfunction and especially in the evolution of arterial diameters [20], however, the results in the literature are still ambiguous.

The contradictory results of the studies as well as the low numbers of patiets studied [20,21] did not allow the creation of a guideline to suggest carrying out a precise valvular phenotyping of the BAV and to organize follow-up intervals specific for different phenotypes, so the use of TEE for this approach was not specifically recommended, except in certain situations [22].

This study reinforces the fact that clinical and echographic surveillance of these patients, even if they are asymptomatic, thus fundamental and necessary to better prevent complications.

What is already know on this topic

Risk of aortic events for aortic aneurysm in BAV.

What this study adds

Echographic surveillance of patients with bicuspid aortic valve is fondamental to prevent complications even with small aortic diameters.

We have no funding sources to declare

The contributions of authors is as follows:

Design of the study: Serbout,Maaroufi and Zahidi

Aquisition of data: all authors

drafting the work or revising it critically for important intellectual content: all authors.