Objectives: To evaluate the associated risk factors and to determine the impact of management strategies on the outcome of PPHN.

Study Design: Prospective descriptive study in tertiary center included 40 neonates having PPHN. All patients received the conventional therapy for PPHN, sildenafil as adjuvant therapy was added in cases of failure.

Results: The study included 23 males, 17 females with a mean gestational age 37.25 ± 2.6 weeks. Male patients had significantly higher systolic pulmonary artery pressure (SPAP) and higher mortality rate compared to females [7/23 (30.4%) versus 1/17 (5.9%), p = 0.04]. Infants of diabetic mothers had significantly higher mortality rate (p = 0.003). Components of the blood gases; PH, PCO2, HCO3 improved dramatically after completion of the different lines of treatment (p = 0.001). A statistical significant drop of SPAP after application of the different modalities of treatment (p = 0.001). Addition of sildenafil was effective in the reduction of the duration of NICU stay and SPAP below 40 mmHg and (p = 0.001, p =0.0001, respectively). The overall mortality rate was 8/40 neonates (20%), however, the mortality among the patients who received sildenafil in addition to conventional therapy was 1/14 neonates (7.14%) of those group with p = 0.001).

Persistent pulmonary hypertension in the newborn (PPHN) is a complicated, yet not rare disease of the neonate [1]. PPHN is a life threatening disease affecting 1.9/1000 live births. PPHN occurs either as a primary condition or secondary to asphyxia, infection, pulmonary hypoplasia [2]. Management of the newborn with PPHN initially includes aggressive management of systemic hemodynamics with volume and cardiotonic therapy (dobutamine, dopamine and milrinone) in order to enhance cardiac output. Increasing systemic arterial pressure itself often improves oxygenation by reducing right-to-left extrapulmonary shunting, the hallmark of PPHN physiology.

Ventilation strategies aim at decreasing acidosis while avoiding barotrauma, and maintaining adequate oxygenation. Alkalanization using sodium bicarbonate or tromethamine may be required to achieve normal arterial pH. High frequency ventilation or oscillator therapy may be necessary to achieve these goals. Inhaled nitric oxide (iNO), and extracorporeal membrane oxygenation (ECMO) are used when conventional treatment fails. Use of surfactant may also be beneficial therapy especially with lung parenchymal disease [3-8].  Unfortunately , in our part of the world, high frequency ventilation, ECMO and iNO delivery requires dedicated , expensive facilities that may not be available in every neonatal intensive care unit (NICU).

The Overall goal was to determine the impact of   the available management strategies on the outcome of PPHN.

Objective 1: To determine the value of management strategies.
Objective 2: To identify risk factors that are affecting the outcomes.
Objective 3: To assess the morbidity; the prolonged hospitalization and the mechanical ventilation in NICU and the  mortality rate.

A prospective observational study was conducted on 40 neonates admitted to the two NICUs located in specialized pediatric hospitals, Cairo University from January 2009 to April 2009 with the diagnosis of PPHN.  The study was approved by Cairo University post-graduate studies and research board. Neonates admitted to these units were eligible for the study when they matched the following criteria:1) Gestational age < 40 weeks, 2) Age: from birth till 15 days, 3) Both sexes, 4) Echocardiography based diagnosis of pulmonary hypertension with an estimated systolic pulmonary artery pressure (SPAP) more than 2/3 of systemic blood pressure (SBP).

Infants with the following criteria were excluded from the study: 1) with structural heart diseases, 2) age at presentation of pulmonary hypertension more than 15 days, 3) with other congenital malformations. All cases were subjected to full and detailed maternal history to identify risk factors as mode of delivery, maternal diabetes mellitus, perinatal asphyxia, meconium aspiration, and maternal drug intake of non steroidal anti-inflammatory medication. General examination including systemic blood pressure measurements and laboratory investigations including arterial and capillary blood gases were done.  Chest X ray and echocardiography evaluating the systolic pulmonary artery pressure (SPAP) were performed before the diagnosis of PPHN and after the application of different management modalities. Clinical management of the studied cases started with conventional therapy in the form of: 1) Oxygen therapy by non invasive ventilation as (O2 mask, NCPAP) or invasive ventilation as (mechanical ventilation) with determined fraction of inspired oxygen (FIO2). 2) Drug therapy either monotherapy or combined therapy: a) Cardiac inotropes (dopamine and /or dobutamine). b) Failure of initial conventional therapy for 48 hours was an indication for addition of vasodilator therapy in the form of nasogastric sildenafil in a dose of 0.5-1 mg/kg/6-12 hours. 3) Sedation or hypnosis: phenobarbitone, fentanyl or midazolam 4) Alkalinization:  using sodium bicarbonate intermittent injections if needed to maintain normal pH.  Successful treatment was defined if systolic pulmonary artery pressure (SPAP) was ?40mmHg.

The study included 40 neonates with a mean gestational age of 37.25 ± 2.6 weeks ranging from 30 to 40 weeks and a mean weight of 2.85± 0.95 Kg ranging from 1.100 Kg to 4.85 Kg. The minority of the studied infants (4/40) had been mechanically ventilated with an intermittent alkali infusion without any inotropic support. The majority of our cohort (36/40) received  inotropes in the form of dopamine and dobutamine, 14 of them oral sildenafil was added as an adjuvant therapy to the inotropes and to the conventional therapy. Males newborn (23/40) (57.5%) comprised the majority of the studied population. The weight of our cohort was significantly negatively correlating with the duration on mechanical ventilation, the low-birth weight neonates (6/40) had prolonged mechanical ventilation (r = - 0.4, p = 0.002). However, no statistical significant correlation was found between lower birth weight neonates and the mortality (p = 0.1).  PPHN male neonates had statistical significant higher systolic pulmonary artery pressure and mortality compared to females (63.6 ± 8.4 mmHg versus 56 ± 6.3 mmHg, p = 0.02, 7/23 (30.4%) versus 1/17 (5.9%), p = 0.04 respectively) (Figure 1). As regards the maternal risk factors for PPHN; two patients developed PPHN with undefined cause. Infants with PPHN born to diabetic mothers had a high mortality rate compared to the other perinatal risk factors. (4/9, p = 0.003) (Table1). Doses and duration of medications used for the management of PPHN (Table 2). 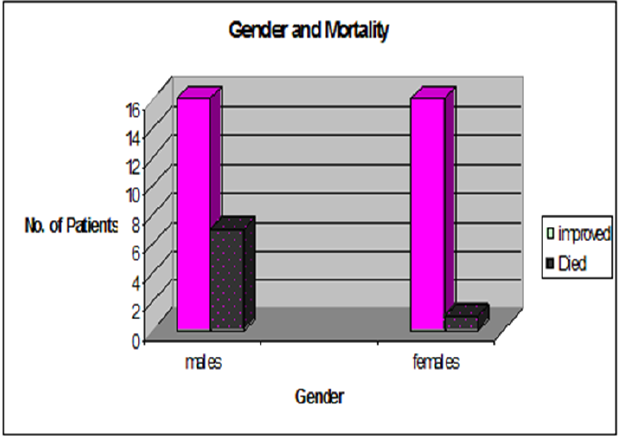 Figure 1: The distribution of mortality among different gender of the studied population

Table 2: The dosage and the duration of different lines for PPHN therapy ( mean±SD)
NAHCO3: Sodium bicarbonate

Table 3: The comparison between conventional and adjuvant therapy (sildenafil) as regards systolic pulmonary pressure below 40mmHg 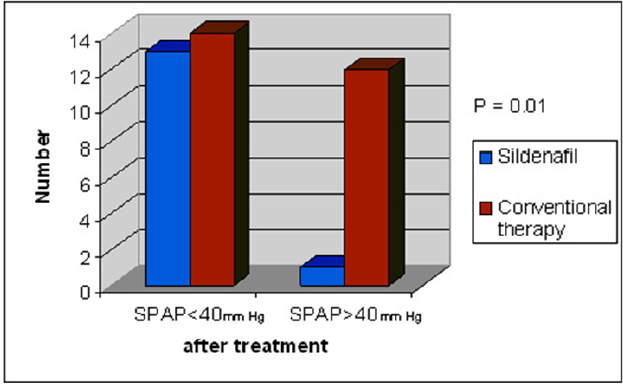 Figure 2: The effect of Inotropes and Sildenafil therapy on systolic pulmonary artery pressure

Oxygen saturation assessed non invasively by pulse oximetry was improved after treatment (68.35 ± 5% versus 93.57 ± 2.75%, p = 0.0001) (Table 4). There was no significant correlation between sildenafil therapy and the duration on mechanical ventilation (p = 0.3). The duration of NICU stay had a mean of 19.57 ± 12.7days. Patients who received surfactant had longer NICU stay (p = 0.001). In contrary, neonates with PPHN on inotropic support had shorter duration (p = 0.004) compared to those who did not receive inotropes and to those who received surfactant, moreover, patients who received sildenafil as adjuvant therapy to PPHN had shortest NICU stay (p = 0.000). Duration of NICU stay was not affected by alkalinization (p = 0.08) or sedation (p = 0.2).  The overall mortality rate of studied cases was 20% (8/40).  The SPAP of died cases ranged from 54 to 73 mmHg. The administration of inotropic agents as dopamine and dobutamine (36/40 patients) was beneficial for reducing the mortality rate of newborns with PPHN. The distribution of mortality among different management patients observed as follows:  Three patients died out of the four patients who did not receive inotropes (3/4, 75%), while 5 patients died from those who received inotropic including sildenafil 5/36 (13.8%), p = 0.004). Oral sildenafil therapy used as adjuvant reduced the mortality rate significantly compared to the usage of inotropic support alone (one patient died out of the 14 patient (7.6%), p = 0.001).  High PIP >25 cm H2O was proved to be a significant predictor of mortality (7/22 with higher PIP >25cm, p = 0.001).

Table 4: The capillary blood gases; PH, PCO2 and Hco3 before and after treatment of studied cases

The incidence of neonatal refractory hypoxemia and/or (PPHN) in term or near-term infants are reported to vary between 0.43 and 6.8 of 1000 live births. The treatment for PPHN has evolved over the past 10 to 15 years, but reported mortality remains at 10% to 20% in newborns with PPHN [9]. The study was conducted on 40 neonates with GA ?40weeks.m PPHN male babies showed a significant higher SPAP compared to female infants with a higher mortality rate.  Hernadez-Dias and colleagues and some other authors found that male gender was a risk factor for PPHN with higher mortality rate in males compared to females [10,11] in contrary to other published studies [12,13].

As regards the risk factors of PPHN, we observed that infants of diabetic mothers as well as meconium aspiration syndrome followed by the maternal use of non-steroidal anti-inflammatory drugs where the top risk factors for PPHN. This is coincident with recent publications [10,13].  While preeclampsia and caesarean section were less important risk factors for PPHN in our series. In contrary, Araujo and his colleagues found that infants of caesareans section had a five fold increased risk of PPHN (p=0.027), and this risk factor was approved by many other authors [10, 14-17]. This might be attributed to the great differences in the sample size, as the number of patients included in our series was much less compared to  other studies. Different therapeutic modalities were effective in improving our cohort with PPHN. There was a statistical significant drop of SPAP after management strategies especially after sildenafil therapy with an acceptable systolic blood pressure records.

Some authors proved the effectiveness of the conventional therapeutic modalities in treatment of PPHN [18,19]. Many other authors reported that sildenafil is safe effective and well tolerated for pulmonary hypertension of the newborn [20-24], however further multicenter studies were required to approve its use [25]. In the present  study,  neonates who received inotropic support  had shorter NICU stay compared to those who did not receive inotropes (p<0.004). In contrary, other published data reported that inotropes were consistently associated with increased risk of hospitalization and death [26, 27]. This finding could be interpreted by the differences in the start time of inotropic support between our cohorts and the others as an early decision for this therapeutic modality was our trend. Significant improvement of SaO2 saturation measured non invasively by pulse oximetry as well as all parameters of the blood gases; pH, PCO2, HCO3  was documented after PPHN therapy. These findings are in harmony with those reported in many studies especially with the use of oral sildenafil [18, 21, 28].  As regards the overall mortality rate in the present study, 20% of patients died which is comparable to mortality rates in other studies using conventional therapy [9,19, 29]. Increased risk for mortality was associated with male gender and high PIP> 25 cm H2O. This is in accordance with Bellettato study who pointed that hypocapnia associated with high PIP increases the risk for mortality rate. The addition of nasogastric sildenafil didn’t  shorten the duration of mechanical ventilation (p = 0.3), this is in agreement with recent publication comparing oral sildenafil to placebo and found no significant difference on the duration of mechanical ventilation between groups [28]. In contrary, another recent published study concluded that oral sildenafil was effective in decreasing mechanical ventilation duration when compared to magnesium sulphate in treatment of PPHN [30]. Oral sildenafil significantly reduce the overall mortality rate in contrary to the administration of surfactant. Still surfactant carries a lot of debates using it for PPHN in meconium aspiration syndrome, some authors found same findings as ours in contrast to others who proved a dramatic decreased in the mortality rate (specially in low birth weight neonates) by using surfactant therapy [31,32]. The mortality rate in the group received sildenafil as adjuvant therapy was 7.6% which is comparable to recent publications (6.5%) [28]. Finally, oral sildenafil was effective in reducing the length of NICU stay when used as an adjuvant therapy to neonates with PPHN. This finding was not reported in other published studies [18, 21, 25]. Limitations of the current study were the small population number, absence of randomization and control group.

PPHN risk factors and management have a lot of aspects that need to be verified. Owing to our results proper control of maternal glycemic state before delivery and early use of inotropic support and sildenafil are important tools that carry better prognosis for managing PPHN in absence of inhaled nitric oxide and ECMO facilities. Sildenafil is an effective promising drug that needs further large randomized controlled multicenter studies to establish its use and study its consequences.

The authors have indicated that they have no financial relationships relevant to this article to disclose.