Background: Early hospital discharge following ST elevation myocardial infarction and primary PCI is reasonable after 72 hours for selective low risk patients. Yet, these recommendations, which were mainly based on data from, are not widely implemented. We present a single center experience regarding efficacy and safety of early hospital discharge.

Method: We conducted a retrospective study based on data from 2014 to 2015. The patients were classified into three groups based on the duration of hospitalization; within 48 h, 48–72 h, and >72 h. The primary endpoints were all-cause mortality and major cardiovascular events (MACE) within 30 days and at 1 year. Secondary endpoint was a diagnosis of acute kidney injury.

Conclusion: Early hospital discharge, within 48 to 72 hours after successful primary PCI for Acute STEMI was not associated with a higher rate of all-cause mortality or MACE up to one year after discharge for selected patients. In an era where the incidence of and mechanical complications are low an early hospital discharge strategy should be widely and routinely implemented.

Length of hospitalization is a result of a delicate balance between efficacy and safety of medical treatment and the costs and resources of health services [1, 2]. Over the past decade, several studies have examined this balance in acute myocardial infarction, in particular, ST segment elevation myocardial infarction (STEMI). The treatment of these patients during hospitalization was influenced by various factors such as success rate, complication rate, patient's education, secondary prevention, and community rehabilitation program [3–8].

The past decades have been characterized by enormous innovations in interventional cardiology. Fibrinolytic therapy has been replaced by primary PCI in most centers, radial approach was widely used, new and improved drug eluting stents introduced into daily practice. As a result, a decrease in mortality following acute STEMI was observed [9]. In 2012, the European and American Cardiology Associations published recommendations regarding the duration of hospitalization after primary percutaneous coronary intervention (PPCI) following STEMI [10]. These recommendations were not changed in the subsequent updates in 2015; thus, patients who underwent successful coronary catheterization without complications were to be monitored for at least 24 h in the ICU and, in the absence of complications (especially life-threatening arrhythmias), could be monitored in the non-ICU ward for an additional 48 h (recommendation IC) [11-12]. Early hospital discharge (72 h after admission) is possible and recommended in patients at low risk. Prior discharge, patients should be provided with a scheduled follow-up plan (recommendation IIB). These recommendations were based on the PAMI-II study, published in 1998, which reported that early discharge does not increase the risk of adverse cardiovascular events (e.g. arrhythmia, recurrent infarction, stroke, congestive heart failure or death) during hospitalization and up to six months thereafter [13].

In order to identify patients with low risk of cardiovascular complications, several predictive models such as CADILLAC (Table 1s – supplementary) and ZWOLLE (Table 2s – supplementary) have been proposed [14-16]. Numerous studies have succeeded in validating these models supporting the assumption that in selected group, early discharge (within 72 h) does not increase the risk of major adverse cardiovascular events (MACE) [17-19].

However, only few studies have examined whether patients can be discharged earlier than 72 h. The most prominent study published by Swaminathan et al. in 2015, retrospectively examined 33,920 patients who were admitted due to STEMI. Patients were divided into three groups according to the duration of hospitalization (less than 3 days, 3–5 days, and more than 5 days). The rates of cardiovascular events were higher among patients hospitalized for more than 5 days (2.9 %) compared to the patients in the other two groups (1.7%). Moreover, very early discharge (less than 48 h) was accompanied by a high percentage (approximately 2.9%) of adverse cardiovascular events, similar to that seen in patients who were discharged after 5 days [20, 21].

In this study, we assessed the outcome of early discharge of patients who were hospitalized following STEMI and primary PCI. The primary endpoints were all-cause mortality and MACE within 30 days and 1 year after hospital discharge.

This retrospective cohort study enrolled patients who were hospitalized in an intensive cardiac care unit following STEMI and Primary PCI from January 2014 to December 2015. Pregnant women, unclear diagnosis, diagnosis other than myocardial infarction, urgent catheterization due to a non-ST elevation AMI and the absence of obstructive coronary artery disease on primary PCI were the main exclusion criteria (Table 3s-supplemntary). Additionally, patients who refused to participate in the study when contacted, or in case of significant lack of adequate information in the medical records.

Patients were classified into three groups based on duration of hospitalization:  48 hours, 48 to 72 hours, and more than 72 hours. Primary end points were all-cause mortality and major adverse cardiovascular events (MACE) defined as recurrent myocardial infarction, recurrent unplanned catheterization and hospitalization due to heart failure, stroke or arrhythmia. Secondary end point was acute renal failure during hospitalization and one week following discharge. Median Follow-up period was 1 year.

Minimum Sample size was based on the estimation rate of mortality and MACE rate and within group difference of approximately 5%. Thus, data from 170 patients were collected to demonstrate a statistically significant power of 80% with a two-tailed p-value of p≤.05. Random sampling was done using a predefined arbitrary law for data mining of eligible patients (We used the first patient in each 4-consecutive patient).

Categorical variables are presented as frequencies and percentages, and continuous variables are presented using standard distribution indices (e.g., mean, standard deviation, and median). The study groups were compared using the t-test (or the Wilcoxon test). For categorical variables, the Chi-square test (or the Fisher test) was used. Statistical processing was performed using SAS software 9.4. A result was considered statistically significant if the p-value was <0.05.

Study was approved by Internal Ethics Committee (IEC). Informed consent was not required due to confidentiality of patient data.

Research population included 921 patients who underwent primary PCI due to acute STEMI and during study period. Twelve patients were excluded. A total number of 909 patients were eligible for the study. We randomly selected 180 patients to meet minimum sample size. Data from two patients was excluded from the study analysis due to their refusal to give informed consent. The remaining 178 patients, who formed the study group, were classified into three groups according to the duration of hospitalization: 60 patients (33.7%) were discharged within 48 h; 43 patients (24.1%) were discharged between 48–72 h; and 75 patients (42.1%) were discharged after 72 h (Figure 1s – supplementary).

No significant differences in co-morbidities such as smoking, obesity (BMI >30), hyperlipidemia, diabetes mellitus, previous incidence of stroke (TIA or CVA), chronic renal failure, ischemic heart disease, peripheral vascular disease or congestive heart failure were noted among the three groups. The average levels of hemoglobin in patients in the >72 h group were significantly lower than those in the <48 h group (13.72 ± 1.58 and 14.55 ± 1.63, respectively; p < 0.01). Serum creatine phosphokinase (CPK) levels were highest in the >72 h and lowest in the <48 h groups (2807 ± 2799 and 1516 ± 1439, respectively). The left ventricular systolic function after catheterization was lowest in the >72 h group when compared with the other groups (p < 0.02) (Table 1).

No statistically significant differences in the following parameters were noted among the three groups: KILLIP class, infarct wall territory, presence of multiple vascular disease, ischemic time or success of catheterization defined by opened IRA (infarct related artery). Likewise, no significant differences in the incidence of mechanical complications related to PCI including coronary artery perfusion, free wall rupture, and tamponade were noted among the groups in this study (p < 0.19)(Table 4s – supplementary).

The incidence of acute renal failure (secondary end point), defined as a >25% increase in creatinine levels pre-catheterization or an absolute creatinine value >1.5 mg/dL, was not different between the three groups (p < 0.12).

¥Follow-up period of 30 days after discharge

No statistically significant difference regarding MACE was observed between the three groups yet it seems that patient discharge within 48 h had higher 30 days and 1-year MACE rate, mainly due to recurrent myocardial infarction, compared to patient discharge at 48 to 72h who had the lowest rate (Table 3).

Table 3: MACE among study group within 30-days of discharge

The recommended length of stay in medical facility balances the effectiveness and safety of medical care provided and the likelihood of unnecessary complications that endanger the patient and lead to high costs of resources and funds. Efficacy and safety of medical treatment highly depend on technology, medical innovation, efficient and accessible professional medical service, and patient awareness.

Our study examined the clinical significance of changes related to early patient discharge (within 72 h) with regard to mortality, acute adverse cardiovascular events, and acute renal failure. The patients were followed up for one year after discharge.

Our study demonstrates that old age; extensive myocardial infarction estimated by low systolic ejection fraction and the use of femoral approach were predictors against early hospital discharge. This subgroup of patients characterized by higher mortality rate and major cardiovascular events if discharge prior to 72 hours from admission.

At the same time, our study indicates that low-risk patients may benefit from early hospital discharge within 48 to 72 hours. This group of patients had significant lower mortality rate (Figure 1) and MACE rate up to one year (Figure 2). Patient discharged within 48 hours had significant higher mortality rate and MACE event which were mainly due to recurrent myocardial infarction (Figures 2s & Figure 3s – supplementary). 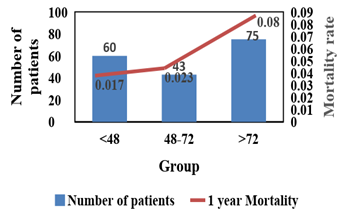 Figure 1: Mortality rate among study groups within 1-year of discharge. 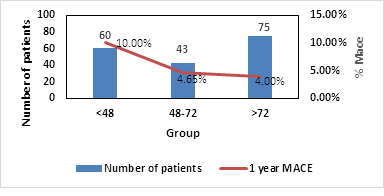 Figure 2: MACE among study group within 1-year of discharge

Early hospital discharge, to our experience, influences the patient's ability to cope with the disease, understanding the need to change existing lifestyle, and affect their adherence to new medical therapy. We believe that a decision on early hospital discharge should not be based solely on inpatient data but also on the community health services supporting the same area and the likelihood that the patient will use these services.

Limitations of the research

Follow-up was based on computerized medical records although these data are updated regularly; the possibility that vital information has been lost remains. However, attempts were made to gather complete information from the patients where the information in the medical records was lacking. Our sample size was based on a prevalence rate of 5.5% of MACE in patient discharge after 72 h and a difference of 5% among groups. Our MACE incidence rate and inter-group difference were lower than expected. Thus, these findings should be examined in a larger random sample. In this study, we examined the objective findings that could be assessed or measured but did not relate to the degree of fragility or frailty of the patient. The duration of hospitalization may be influenced by these factors.

Early hospital discharge within 48 to 72 hours, was not accompanied by a high mortality rate or adverse cardiovascular events compared to patients discharged within 48 hours or after 72 hours. Additionally, early discharge before 72 hours is not associated with high incidence rate of acute renal failure. Age and left ventricular systolic function were the most influential variable in selecting low-risk patients. Hospital discharge within 48 hours was associated with higher 30-days mortality rate and higher 30-days and 1-year MACE event, despite the lack of statistical significance.

We would like to thank Dr. Regina Koren for her tremendous help in editing and proofreading the article

This research did not receive any specific grant from funding agencies in the public, commercial, or not-for-profit sectors

Table 1s: CADILLAC index for the prediction of low-risk patients (2005)18.

Table 3s: Criteria for inclusion and exclusion from the study 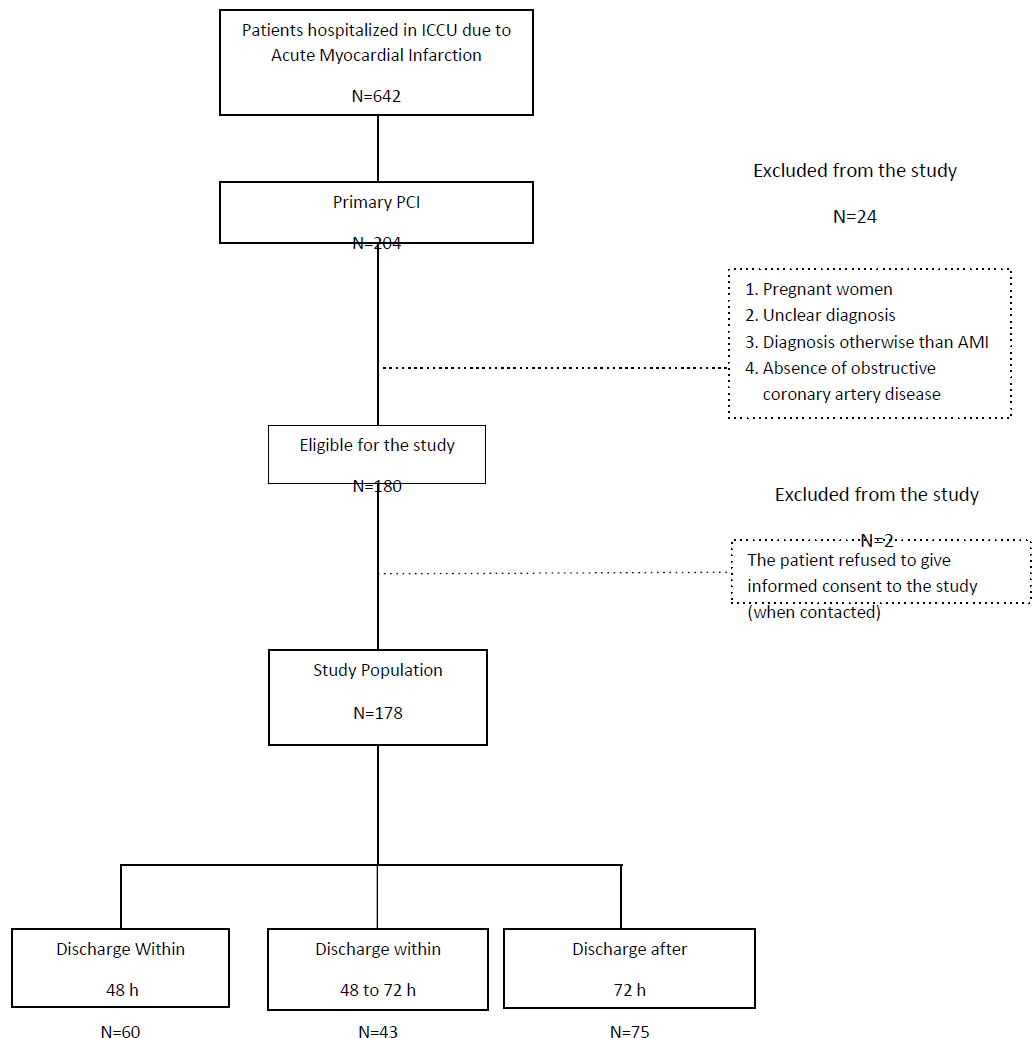 Figure 3s: MACE among study group within 30-days of discharge

Table 6s: MACE events and mortality in low-risk patients according to the ZWOLLE model.

Table 7s: MACE events and mortality among low-risk patients according to the CADILLAC model.