Background: Narrow-band ultraviolet B (NB-UVB) and Psoralen-UVA (PUVA) phototherapy are widely used as the treatment of dermatologic diseases. The carcinogenic risk associated with NB-UVB and PUVA phototherapy treatment is unknown.

Objective: To determine the non-melanoma skin cancer risk in a patients treated with Narrow-band ultraviolet B (NB-UVB) and Psoralen-UVA (PUVA) phototherapy.

Methods: All Narrow-band ultraviolet B (NB-UVB) and Psoralen-UVA (PUVA) phototherapy treated patient records who received the phototherapy in Ramathibodi Hospital from 2001 to 2015 were reviewed.

Results: A total of 726 with Narrow-band ultraviolet B (NB-UVB) and Psoralen-UVA photochemotherapy (PUVA) phototherapy treated patients with mean age of 46.7 years. Most of patients have skin phototypes III to IV. Vitiligo is the most common disease treated with phototherapy (43.8%). The median number of NB-UVB treatment was 126 treatments with cumulative dose 94.2 J/cm². The median number of PUVA treatment was 103 treatments with cumulative dose 249.2 J/cm². There was no non melanoma skin cancer in our patients. The median time of follow up was 28.4 months.

The data analyzed in this retrospective study were collected from patients’ medical records. Between January 2001 and December 2015, 956 patients with psoriasis, vitiligo, atopic dermatitis, livedoid vasculitis, pityriasis lichenoides chronica, and other dermatoses received PUVA, NB-UVB or both modalities at phototherapy clinic, Ramathibodi hospital. 230 patients who had either the follow up period less than two months or the total treatment sessions less than twenty were excluded. Most patients were treated two or three times per week. Treatment began with an initial dose of 50?70% of the minimal erythema dose (MED) followed by a 10?20% incremental dose regimen. During phototherapy, the patients received routine facial and genital protection. 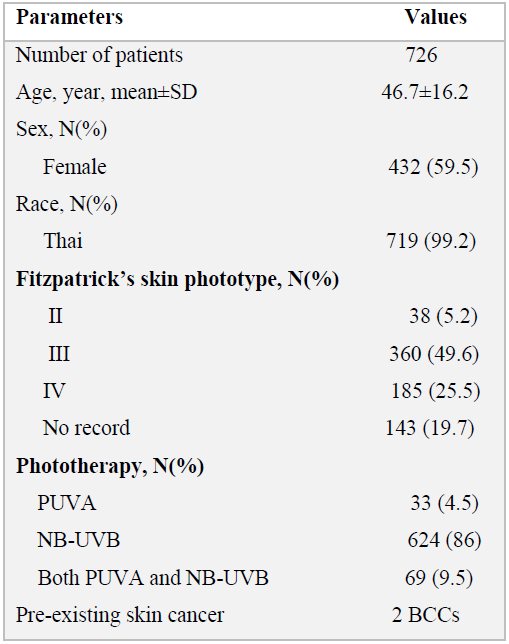 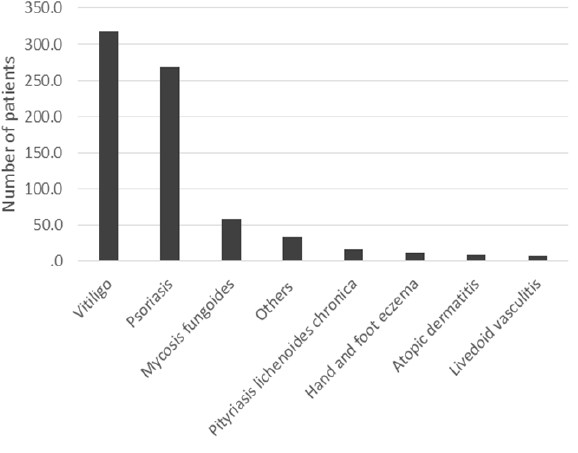 Figure 1: The underlying disease of the patients treated with phototherapy 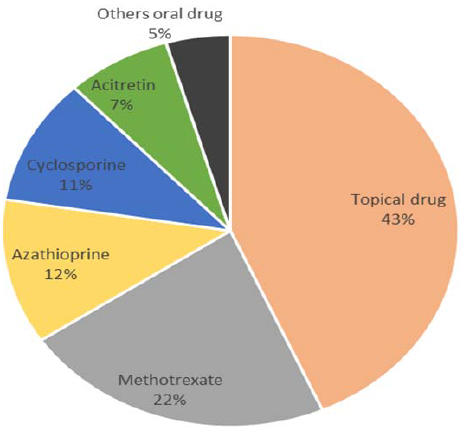 Figure 2: The combination drug use in the patients treated with phototherapy

3.2. PUVA, NB-UVB and both modalities phototherapy 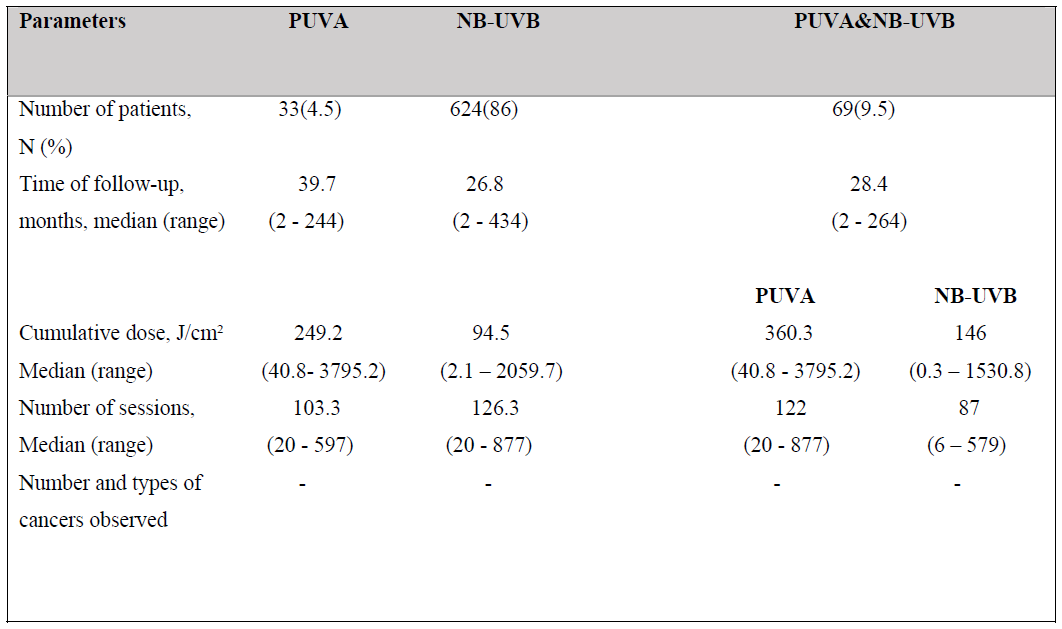 Table 2: Summary of the therapeutic parameters for PUVA, NB-UVB and both modalities

In our retrospective study, the medical records of 956 patients treated with phototherapy were reviewed. Among the

726 whose records were analyzed. In this study, the most common underlying diseases was vitiligo, followed by psoriasis. The majority of participants belonged to Fitzpatrick skin phototype III and IV. The most common combination drug use with phototherapy was methotrexate, followed by azathioprine. There was no non-melanoma skin cancer were observed in patients receiving phototherapy. Comparing with previous studies, in Europe a study of 3,867 Scottish patients6, an increase risk of non-melanoma skin cancer among patients treated with both PUVA and NB-UVB was reported with 27 BCCs found compared with 14.1 expected in the matched population [6]. The risk of NMSC following long term NB-UVB and PUVA therapy has not been reported in Asian population. There was one report from Korea that had only one patient who developed basal cell carcinoma four months after NB- UVB phototherapy which was not statistically difference between NB-UVB and control group [7].   The low incidence of non-melanoma skin cancer in our study   and Korean study consistent with the previous study that

explain by the effect of ethnicity on the risk of developing skin cancer [8]. Our negative study provide the important information for the patient who need long term phototherapy. Long term NB-UVB and PUVA therapy seem to be the safe therapeutics modalities for the patients with skin phototypes III-IV.

This study was a retrospective study, so there could be some missing data and possible ascertainment bias.

This study did not show a significant increase in non-melanoma skin cancer risk among patients treated with long term PUVA and NB-UVB. The results suggest that PUVA and NB-UVB are safe modalities.