Objective: The role of the inanimate environment in the transmission of healthcare-associated infections (HCAIs) is increasingly recognized. Hence, several self-disinfecting surfaces have gained attention as new infection control strategies. The objective of this study was to assess the antimicrobial efficacy of membrane-active polycation (maPK) surfaces against Staphylococcus aureus (S. aureus) applying the in vivo Galleria mellonella (G. mellonella) contamination model.

Conclusions: This in vivo study reveals the ability of maPK surfaces to reduce bacterial contamination and highlights the potential power to avoid cross-contamination from environmental surface.

Nosocomial infections represent a major problem complicating patient care and result in increased morbidity and mortality (2009)[1]. There is growing evidence that exogenous sources such as surface contamination may serve as an important reservoir for pathogens and hence may contribute to their transmission [[2]2-4]. High level of microbial contamination with relevant pathogens including multidrug-resistant microorganisms distant and close to patients is reported [5-7]. Environmental persistence has been shown for Staphylococcus aureus (S. aureus), methicillin-resistant S. aureus, vancomycin-resistant enterococcus, Acinetobacter baumannii, and Clostridium difficile [8, 9].

Antimicrobial surfaces have been proposed as an additive tool to reduce environmental contamination and possibly prevent healthcare-associated infections (HCAIs) [3, 13].

Polycationic coated surfaces which are microbicidal upon contact were demonstrated to kill microbes in vitro by causing physical damage to the microbe’s cell envelope [14]. We recently showed antimicrobial activity of a surface coated with membrane-active polycations (maPK) against S. aureus ATCC 6538 in vitro [15]. However, whether there is a real clinical benefit is still a matter of debate. For various antimicrobial surfaces implementation of antimicrobial surfaces in the clinical setting has demonstrated several problems resulting in a reduced efficacy compared to in vitro results.

The aim of this follow-up study was to further validate the biocidal capacity of the maPK surface in an in vivo model. For this purpose we used Galleria mellonella larvae and evaluated whether maPK surface prevents growth and cross-over of S. aureus ATCC 6538 from surface to larvae and vice versa.

Sixth-instar larvae (SAGIP, Bagnacavallo, Italy) weighing 0.3-0.4 g were kept at 18°C in the dark prior to use. Since the study protocol intended the use of S. aureus as test organism in the wax moth larvae model the natural occurrence of this microorganism on the exoskeletal cuticle of the insect was assessed in a pilot experiment. For this purpose, a modified protocol of the roll-plate culture method by Maki et al. [16] was performed. Briefly, five randomly chosen larvae were each rolled back and forth across the surface of CBA (Becton Dickinson, Heidelberg, Germany) and Mannitol salt agar (MSA; Oxoid, Wesel, Germany) at least three times. After incubating the plates for 24h at 35 ± 2°C microorganisms were identified with standard microbial methods, including Matrix-assisted laser desorption ionization time-of-flight mass spectrometry (MALDI-TOF®, Bruker, Bremen, Germany).

Determination of S. aureus burden on larvaes’ cuticle after contamination

As a further pilot experiment insects’ bioburden on the cuticle after S. aureus contamination was ascertained. Larvae (n=5) were contaminated by immersing the latter into an inoculum containing approximately 1.5 x 108 cfu/mL of S. aureus for 5 sec. To determine residual burden of S. aureus on the cuticle immediately after dipping, excess fluid was blotted off and larvae were immersed separately into sterile phosphate buffered saline (PBS) for 15 sec by slightly shaking. The suspension was serially diluted and plated onto MSA (Oxoid, Wesel, Germany) agar. The plates were incubated at 35 ± 2°C for 24h, bacterial load was quantified in cfu/mL and larvae were disposed.

To evaluate the antimicrobial potency of the surface two test proceedings were used (Figure 1). 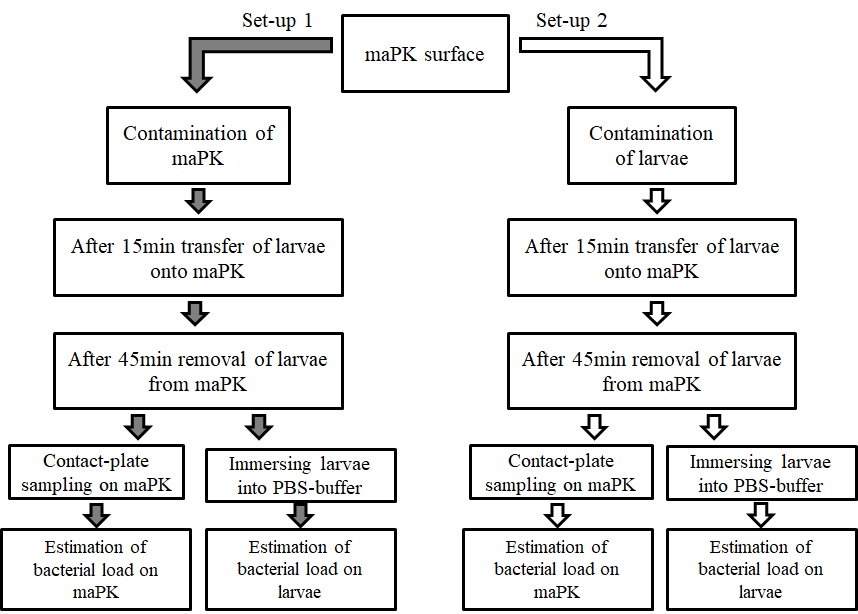 Figure 1: Flow chart regarding the principle of the two test procedures

In the first set-up maPK combined with an acrylate dispersion applied on melamine resin layer (Fritz Egger GmbH & Co. OG, Austria) was contaminated with S. aureus (1.5 x 108 cfu/mL) on a 30 mm radius as described previously [15]. Samples containing acrylate without maPK were used as control. Subsequently, five larvae were simultaneously transferred onto the contaminated maPK and control surfaces, respectively, and removed after 45 min. Residual microbial contamination on the surface was determined by contact RodacTM plates containing MSA (Oxoid, Wesel, Germany). To assess the crossover-rate of S. aureus from surface to larvae, insects were finally immersed in sterile PBS each for 15 sec by slightly shaking. Suspensions were serially diluted with PBS and spread on MSA (Oxoid, Wesel, Germany).

In the second set of experiments the vice-versa situation was examined by colonizing the larvae and measuring the spread of S. aureus from the larvae to the surface. Superficial colonization of G. mellonella was simulated by immersing the larvae (n=5) into an inoculum containing approximately 1.5 x 108 cfu/mL of S. aureus for 5 sec. Colonized larvae were placed to maPK and control surface for 45 min. Residual microbial contamination on the larvaes’ cuticle was determined by immersing the larvae in PBS each for 15 sec by slightly shaking, followed by spreading the solution on MSA plates as described above. The cross-over rate from the contaminated larvae to the surface was investigated by contact RodacTM plates with MSA (Oxoid, Wesel, Germany).

All agar plates were incubated at 35 ± 2°C for 24h and bacterial load was quantified in cfu/plate.

The bacterial cfu counts were log10 transformed to log densities (LD), and each LD was normalized to the initial bacterial LD, resulting in a log reduction value (LRV) that could then be used to compare reduction of S. aureus on larvae, maPK and control surfaces (mean LRV?). Percent reduction (PR) was evaluated by the formula PR=1-10-LRV? [17]. A p-value of < 0.05 was considered statistically significant.

Each experiment was repeated six times, and maPK surfaces were contaminated with S. aureus and subsequently larvae were exposed to these surfaces. Bacterial load on larvae after exposure to the contaminated surfaces revealed a colony count of ~5.1 x 101 cfu/mL (representing the contamination rate of the larvaes’ cuticle) for maPK compared to a count of ~2 x 103 cfu/mL after exposure to control surface (Table 1). Thus, a significantly higher cross-over rate of S. aureus from the control surface to larvae than from maPK surface to larvae was observed.

Table 1: Comparison of bacterial load on surfaces and larvae in both set-ups after exposure.

Determination of residual microbial contamination of the surface by contact plates revealed a mean LRV of 2.56 for the antimicrobial surface compared to a mean LRV of 0.83 for the control surface (Table 2). These results represent a significant microbial growth reduction of 98.1% and a difference in LRVs of 1.73 (p=0.0117) for maPK compared to control.

Table 2: Summary of the antimicrobial efficacy of maPK versus control surfaces in both set-ups against S. aureus

Transmission of the microorganism from colonized larvae to surfaces was simulated and each experiment was repeated six times.

Investigation of the surfaces after contact with contaminated larvae revealed a higher prevalence of S. aureus on the control surface compared to maPK (~5.1 x 103 versus ~2.1 x 101 cfu/plate), and substantiates a higher transmission of S. aureus from larvae to control (Table 1).

Determination of S. aureus on larvae after exposure to the surfaces revealed a LRV of 3.46 for larvae transferred to maPK and a LRV of 1.11 for larvae exposed to control (Table 2). Comparison of the two LRVs showed a difference of 2.35 (p=0.0001) representing a significant PR of 99.5% of the test-organism on larvae in case of exposure to maPK surface.

We recently demonstrated in vitro antimicrobial activity of maPK surfaces against S. aureus ATCC 6538 [15]. This follow-up investigation confirmed the previously described activity in a Galleria mellonella larvae model used to mimic a more “real life” condition by applying a living organism on the surface. Here, we demonstrate that larvae exposed to the contaminated surface showed a lower rate of microbial transference in case of exposure to the antimicrobial active surface. This data was supported by a significant reduction (98.1%; p=0.0117) of the bacterial load on the antimicrobial surface after contaminating the surface with S. aureus and exposure of Galleria mellonella larvae on this surface.

The second experimental set-up demonstrated efficacy of the antimicrobial surface also when larvae were contaminated with S. aureus and transferred to the surface by a reduced transference of microorganisms from the larvae to the antimicrobial active surface, and a significantly reduced residual colonization (99.5%; p=0.0001) of the larvae.

To the best of our knowledge, this is the first study that investigated the biocidal efficacy of surfaces in a more practical assessment involving this model.

Since the transmission of nosocomial pathogens from hospital surfaces is evident and even potentiated by unsatisfactory adherence to infection control guidelines [18-20], the implementation of antimicrobial surfaces as an approach to minimize contamination in the hospital setting is eligible [8, 21].

Several studies have shown effectiveness and potential of self-disinfecting surfaces in in-vitro assays [22, 23]. However, when implementing these surfaces in the hospital setting, various problems became evident, which were not predictable after their in-vitro evaluation, demonstrating that the transfer of data obtained by laboratory models into real-life setting is challenging. For example, copper surfaces showed antimicrobial potency with long term effectiveness in vitro [24]. However, impact of organic soiling on the antimicrobial effect of copper and acquired copper resistance in gram-positive and in gram-negative bacteria has been reported and thus limiting its application in the hospital setting [25, 26]. Micro-patterned surfaces, designed to prevent microbial adhesion to the surface were evaluated in vitro and in the clinical setting and demonstrated inhibition of surface contamination and transfer of clinical relevant organisms in both settings [21, 27]. In this case the issue of cost, applicability and stability was not considered in the initial studies. Hence, translational pre-clinical in vivo trials, like the Galleria model, might be useful to further validate the biocidal capacity of surfaces prior to their implementation in the hospital setting [17].

We demonstrate, that maPK surfaces possess antimicrobial efficacy both, in vitro and in vivo, although surfaces displayed a stronger killing effect in vitro (LRV of 8 in vitro versus 1.73 and 2.35 in vivo). Besides demonstrating a reduction of bacterial surface contamination in the larvae model we also show a reduction of bacterial transfer from the larvae to the surface and vice-versa in the present study. These observations lead to the hypothesis that maPK surfaces might also reduce pathogen transfer from and onto surfaces via through healthcare workers’ (HCWs) hands, which is a major concern for microbial transmission in the hospital setting [18, 19].

Galleria larvae are mainly used as alternative model organisms to simulate systemic forms of disease and have been adapted for a broad range of bacterial and also fungal pathogens [28].

These organisms bear several advantages in comparison to other invertebrate models, i.e. they are easy to keep, cheap to purchase, can be maintained at temperatures up to 37°C and the larvae are not subject to the ethical limitations of mammalian models [28].

Limitations of the present study include that contact-plate sampling was performed with agar plates which didn’t contain neutralizing compounds, but earlier data displayed no influence. Furthermore, the experiments were performed only with S. aureus ATCC 6538 using one inoculum. The effectiveness against other relevant microorganisms and a broader range of inocula has to be investigated.

In addition, this study did not address the impact of potential compromising factors on biocidal activity of the maPK surface, like organic soiling or microbial resistance to the biocide [26]. The main challenge ahead is to evaluate whether our tested surface has any in vivo impact in terms of reducing HCAI.

In conclusion, the maPK surface showed antimicrobial efficacy in a larvae, in vivo model. Thus, this surface may offer a complementing tool to reduce microbial burden in the hospital setting and delay recontamination in a more sustained manner compared to periodic cleaning and disinfection alone.

The use of G. mellonella does not require ethic approval.

All data generated or analyzed during this study are included in this published article.

This work is funded by the Christian Doppler Research Association Austria (Christian Doppler Laboratory for Invasive Fungal Infections) [2015]. The funders had no role in study design, data collection, analysis, or in the decision to publish.