Pathological and Surgical Outcomes of Retropubic Radical Prostatectomy in an Academic Center: A Contemporary Study

Purpose: To report the peri-operative, pathological and oncological outcomes of a contemporary series of open retropubic radical prostatectomy (RRP), performed by one experienced surgeon on RRP technique developed by Barré C.

Methods: We analyzed data of consecutive patients who underwent an RRP as first-line treatment for localized prostate cancer, from January 2014 to December 2018, in single French academic center. a) Benign capsular incision (BCI) and b) Benign glandular tissue incision (BGTI) were defined as: presence of inadvertent intraprostatic incisions into benign glandular tissue in regions where capsule was a) present and b) absent.

Prostate cancer is the second most common solid malignancy in men (excluding keratinocyte cancers) behind lung cancer, with more than 1.200.000 cases diagnosed worldwide in 2018 [1].

In order to optimize surgical outcomes of RRP, Barré C. [7] developed a reproductible RRP surgical technique, based on the technique developed by Walsh P. [8]. In 2014, Barré C. et al [9] reported their results, with a pT2 positive surgical margin (PSM) rate of 2.3% which is the lowest pT2 PSM rate reported in the literature. However, opponents of retropubic radical prostatectomy highlight the significant surgical difficulty and the lack of reproducibility of the oncological results reported by Barré C. et al.

The aim of this study was to report the peri-operative, pathological and oncological outcomes of a contemporary series of RRP, performed by one experienced surgeon on RRP technique developed by Barré C.

For the present prospective study, we analyzed data of consecutive patients who underwent an open retropubic radical prostatectomy (RRP) as first-line treatment for localized prostate cancer, from January 1th 2014 to December 31th 2018, in one French academic center.

All RRP were performed according to the previous described procedure by Barré C. [7], by one experienced surgeon (MT), who achieved more than 200 RRP prior to the beginning of this study. Key points were always (a) leaving a thin crown of striated fibers at the prostate apex, (b) removing the prostate fascia and Denonvilliers’ fascia which adjoins the prostatic capsule, and (c) resecting the bladder neck. There was no intrafascial dissection, the prostatic and Denonvilliers’ fascias were always recovered on the specimen.

Nerve sparing surgery (NSS) was performed by retrograde dissection after sphincter complex division. The bundle was released from the prostate with a microdissector by isolating connective tissue and small vascular micropedicles (which were controlled by extra-small 3.8 mm hemoclips (Ethicon Inc, Cincinnati, Ohio, USA)) and with pointed scissors which allows to release the neurovascular bundle from direct contact with the prostatic fascia and Denonvilliers’ fascia. NSS was performed in patients with pre-operative erectile function, based on pre-operative data (preoperative ISUP grade and preoperative pathological stage).

Quantitative data were expressed as median (interquartile range) and qualitative data as number and proportion (%). The NSS rates, according to the pathological stage were compared using Student t test. PSM status according to the pathological stage and the NSS status were compared using Fisher’s exact test and Chi-square test, respectively. The postoperative BCR-free survival was estimated using the Kaplan-Meier method and compared with the log-rank test method. All reported p-values were two-sided with a significance level at p<0.05. A statistical analysis was performed using S Prism 7.0a (GraphPad Software Inc, La Jolla, CA, USA) and SPSS 20.0 (SPSS Inc., Arlington, Virginia). 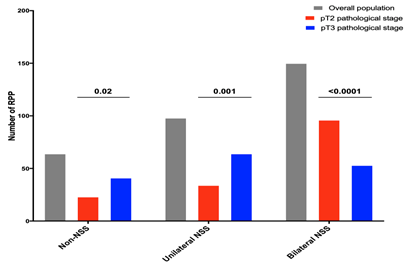 At a median follow-up of 1.0-year, biochemical recurrence (BCR) occurred in 29 (9.3%) patients. The BCR-free survival in the overall population was shown in Supplementary Figure 1.

The benign capsular incision (BCI) and benign glandular tissue incision (BGTI) outcomes, according to the NSS status were summarized in Table 3. BCI has been observed in five patients (1.6%). The BCI was always located in the posterolateral surface of the prostate. The median BCI length was 2.0 (1.0-2.0) mm. The rates of BCI according to the NSS status were 1.6% (1/64) in non-NSS patients, 2% (2/98) in ipsilateral side of unilateral NSS patients and 1.3% (2/150) in bilateral NSS patients.

Currently, the retropubic approach is still used in Europe and represents for about 25% of RP in France, in 2015 [3 14]. Our results highlighted that retropubic radical prostatectomy performed as previously described by Barré C. is reproductible and ensures optimal surgical results, in a predominantly population of intermediate-risk prostate cancer (64.1%) and high-risk prostate cancer (21.5%).

Furthermore, we evaluated all inadvertent incision into benign prostate tissue that might led to a PSM if tumor had been present. We report an overall incision rate into benign prostate tissue of 10.6% which is lower than the 11.4% reported by Barré et al [9]. In this study, we have distinguished not only between malignant (PSMs) and benign intraprostatic incisions, but also between benign incisions according to location in relation to the histological boundaries of the prostate (BCI and BGTI). This differentiation of benign intraprostatic incisions, which is systematically carried out by our uropathologist, allows to evaluate the quality of surgical treatment. Indeed, a small solitary BCI are inadvertent incisions of the external layer before recover the correct dissection plane. In contrast, multiple BCI are due to the development of an intracapsular dissection plane. Intracapsular plane dissection should be considered as a serious error in case of high-risk localized prostate cancer.

Our median length of hospital stay was 4 days, lower than length of hospital stay reported by Haese et al [16], in their recent comparative study of RRP and RALP (7.6 days versus 8.0 days in RRP and RALP groups respectively, p<0.001). The establishment of an enhanced recovery after surgery (ERAS) program, from 2015, has reduced the length of hospital stay while providing low post-operative major complications rate. Thus, a multimodal analgesia and surgical site infiltration with local anesthetics was performed. An early mobilization was also systematically carried out. Patients went home with the urethral catheter and the catheter was removed by a home care nurse one week post-operatively.

In our academic Department, above 220 RP are performed annually with 70% of RALP. RALP are performed by three experienced surgeons. Our academic Department participates in the training on radical prostatectomy for young urologists from France and others countries. Training in the technique of RRP is essential because the persistent high cost of the Da Vinci ® robot (Intuitive Surgical Company, Sunnyvale, CA, USA) and disposable instrument prevented its adoption in all urological centers of western countries and in countries with limited health-care budgets [3]. Thus, in 2020, surgical robots remain scarce in Africa, Asia-Pacific and Eastern Europe. However, the monopoly situation of the Intuitive Surgical Company is likely to change, in the coming years, with the addition of new robotic machine manufacturers.

The retropubic radical prostatectomy technique, developed by Barré C [7] requires only instruments specially designed for this surgical procedure (B. Braun Aesculap, Tuttlingen, Germany), and can be carried out in any urological center.

Limitations of the present study were the omission of functional variables (IIEF5 and USP scores) but the analysis of the data will be carried out in the near future. However, to our knowledge, we report optimal surgical outcomes on a contemporary series of RRP performed by one experienced surgeon on RRP technique developed by Barré C.

Retropubic radical prostatectomy performed as previously described by Barré C., is reproductible and ensures optimal surgical results, in a predominantly population of intermediate-risk prostate cancer and high-risk prostate cancer. Despite the rapid development of RALP, RRP remains an optimal option for patients with localized prostate cancer.

*Posterolateral surface: posterior, posterolateral, and lateral aspects of the mid-prostate and posterior prostate base

*Posterolateral surface: posterior, posterolateral, and lateral aspects of the mid-prostate and posterior prostate base

Supplementary Table 1: Pathological and oncological outcomes (Quantitative variables were presented as median and Interquartile range while qualitative variable as number (n) and proportion (%)). 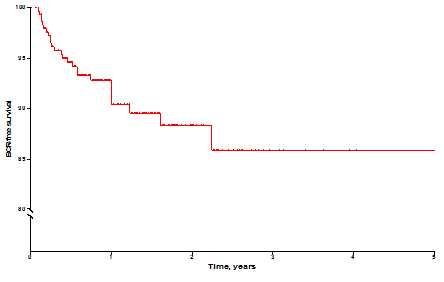 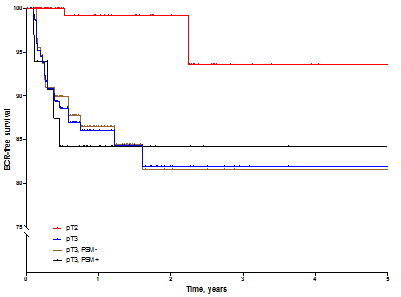 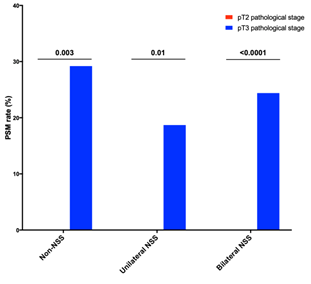