Methods: We have done genotyping to 179 CAD patients taking clopidogrel by gene chip method, analyzed the distribution of genotype and metabotropic phenotype.

Results: In this study, a total of six different CYP2C19 genotypes and three metabotropic phenotypes were detected. The frequency of the homozygous extensive metabolizer phenotype was 32.96% (59/179), the heterozygous extensive metabolizer phenotype was 53.07% (95/179) and the poor metabolizers was 13.96% (25/179). Among the CAD patients in Chongqing, there is no significant statistical difference between these CYP2C19 genotypes and reports in other studies

Conclusion: The CYP2C9 gene existed genetic polymorphism in CAD patients in Chongqing, and the distributions of allele frequency and metabolic phenotype frequency are similar to other districts in China.

The use of clopidogrel in combination with aspirin is recommended for the prevention of coronary heart disease (CAD) according to current guidelines [1]. Despite of the standard treatment, the antiplatelet effect of clopidogrel was obviously different between individuals. About 4%-30% patient taken conventional dose clopidogrel have no antiplatelet effect [2]. There are still numerous adverse cardiovascular events, and clopidogrel resistance (CR) is regarded to be the main reasons.
CYP2C19 enzyme was an important part in the cytochrome P450 drug metabolizing enzyme family, which could turn the clopidogrel precursor into active metabolite to inhibit platelet aggregation. A variety of factors, including external and internal factors, have influenced the mechanism of CR. The CYP2C19 gene polymorphisms was a key factor in clopidogrel oxidative metabolism. The main mutant alleles, CYP2C19*2 and CYP2C19*3, are the most common genotypes in Asian populations (frequency of 30%?50% and 5%?10%, respectively) [3]. The presence of CYP2C19*2 or CYP2C19*3 mutant allele increases CR risk [4].
Therefore, this study aimed to investigate CYP2C19 polymorphisms in clopidogrel-treated CAD patients in Chongqing. Then we could provide the early prediction of CAD, and guide drug usage to reduce the ratio of adverse cardiovascular events.

2.1 Study populations
The patients were selected from May 2015 to October 2017. A total of 179 clopidogrel on-treatment CAD patients were enrolled in the study, including123 male and 66 female. This study was approved by the Institutional Review Board (IRB) committee of The First Affiliated Hospital of Chongqing Medical University. Written consent given by the patients was waived by the approving IRB.

Table 1: The genotype and metabolic type of CYP2C19 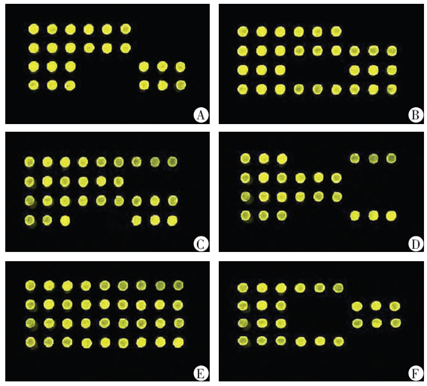 Table 2: The distribution of CYP2C19 genotype

Compared to the distribution of metabolic type in other districts, the ratio of Chongqing had no statistical difference (P>0.05, Table 3).

Clopidogrel is an oral prodrug which needs to be converted to an active metabolite. CYP2C19 enzyme hydrolyzed 85% of clopidogrel to inactive metabolites. CYP2C19 genotype affected metabolic steps and was the most important part of the pharmacokinetic and pharmacodynamic responses to clopidogrel [5, 6].

The presence of any dysfunctional CYP2C19 alleles (*2, *3, *4, *5) is associated with CR risk [7, 8]. Gene mutations regulated clopidogrel absorption and excretion.

In the present study, we observed that the frequencies of CYP2C19*2 and CYP2C19*3 alleles in the experimental group and the control group were consistent with those reported by Zou et al. [9], and were higher than those reported in Swedish Caucasians [10] and Ethiopians [11], confirming that allelic variants exhibit ethnic and geographic diversity. The previous studies showed that CYP2C19*2 or *3 mutant allele had effected platelet function and resulted in more poor platelet inhibition rates than wild-type. The carriers of CYP2C19*2 or *3 mutant allele demonstrated poor response to clopidogrel therapy and increased rates of CR [8].

The patients with CAD were received both clopidogrel and aspirin treatment. But the carrier with CYP2C19*2 or *3 mutant allele connected to a higher risk of CR, leading to increased incidence of adverse cardiovascular events. The pharmacogenomic testing of CYP2C19 is recommended by the American College of Cardiology guideline to make individualize drug dose [13].
In the present study, although the proportion of IM (53.07%) was a higher frequency than EM (32.96%). the results has no difference compared to other districts of China (P>0.05). The most important mutated allele was CYP2C19*2, which was predominantly responsible for PM and accounted for 96.0% of the study population. The previous studies demonstrated that PM are more frequent (12?23%) in the East Asian population, whereas the prevalence of PM were lower in West Asian, Scandinavians, South Americans, Europeans, and Africans [11,14-17]. In our study, the prevalence of the PM is 13.96%, which consisted with that of other Asian populations.

In the study, we describe the genetic polymorphism of CYP2C19 in the CAD patients in Chongqing .The CYP2C19 allele and genotype frequencies were consisted with other populations. Our findings can provide an evidence for the early CR prediction, guide the rational drugs use, and reduce the ratio of adverse cardiovascular events in patients.

This work was supported by a grant from National Natural Science Foundation of China (No 81501818 of Yishu Tang) and the National Key Clinical Specialties Construction Program of China.