Prevalence of the Complications of Diabetes in Developing Countries

Department of Biochemistry and Biotechnology, College of Science, Kwame Nkrumah University of Science and Technology, Kumasi-Ghana.

Diabetes mellitus is a medical condition which arises when there is an uncontrollably high level of glucose in the blood. It is a carbohydrate metabolism disorder which also affects protein and fatty acid metabolisms. Several complications result from diabetes as a result of poor glycemic control. This project aimed at determining the various complications developed by diabetics who visited the Diabetics Clinic of the Komfo Anokye Teaching Hospital (KATH), Kumasi, Ghana, from January to December, 2013. It involved 475 diabetes with an age range of 11 to 100 years with modal age range being greater than 60 years (56.8%) and a mean age of 63.8 ± 3.2 years. It comprised of 45.7% males and 54.3% females.

Several efforts have been initiated in creating the awareness of diabetes in Ghana. These include setting up National Diabetes Association, organizing celebration of World Diabetes Days and organizing Diabetes Conferences. For instance, the Ministry of Health and the Ghana National Diabetes Association under the auspices of Otumfour Osei Tutu II, the Asantehene, organized celebration of World Diabetes Day which took place at the Golden Tulip Hotel in Kumasi in November, 2013 [3]. The prevalence of the disease, however, is still on the increase, with Ghana recording about 4 million diabetics as of 2012 which represent 17.00% of the total population [4].

Diabetes and its associated complications have become a public health problem of considerable magnitude. The effects of diabetes can be devastating if blood sugars are not controlled. In Sub-Saharan Africa, 10.0-15.0% of diabetic patients develop foot ulcers at some stage of their lives and nearly 50.00% of all diabetes-related admissions are due to diabetic foot problems [5]. The prevalence of diabetic foot ulcer ranged between 1.0% and 4.10% in the United States (US), 20.40% in the Netherlands and 20.00% in Iran among diabetics. The prevalence was also about 4.60% among diabetics in Kenya, and hospital-based studies demonstrated that the prevalence of limb ulceration was between 11.70% and 19.10% among individuals with diabetes in Nigeria [6].

In Ghana, diabetic patients with high levels of glycosylated hemoglobin are prone to micro-vascular complications like nephropathy and retinopathy and patients with poor glycemic control are usually the sufferers of these complications [7]. The complications posed by diabetes have substantial reduction in quality of life and it is also associated with significant morbidity and high mortality rates [8]. The present study is to determine the prevalence of complications in diabetes mellitus among diabetics who visit the Diabetics Clinic of the Komfo Anokye Teaching Hospital (KATH).

The study area was the Diabetics Clinic of the Komfo Anokye Teaching Hospital, Kumasi. This is a retrospective review of 475 cases of patients suffering from different types of diabetes and also developed different complications. Data was collected from disease classification cards obtained from the Main Records Unit of the hospital. Relevant data for the present study were codes, ages, sex and complications of diabetics who had visited the hospital from January to December, 2013.

Data acquired was entered and then analyzed using Microsoft Excel 2010 and SPSS version 16.0. Two way ANOVA from SPSS was used for the analysis with a confidence level of 95%. Ethical approval was obtained from the appropriate Units before commencement of present study.

Data for a total of 475 diabetics were obtained of whom 217 (45.7%) were males and 258 (54.3%) were females. Different types of diabetes existed among varying numbers of males and females. Table 1 shows the number of male and female diabetics who visited the hospital from January to December, 2013.

Table 1: Age and sex distribution among the various types of diabetes 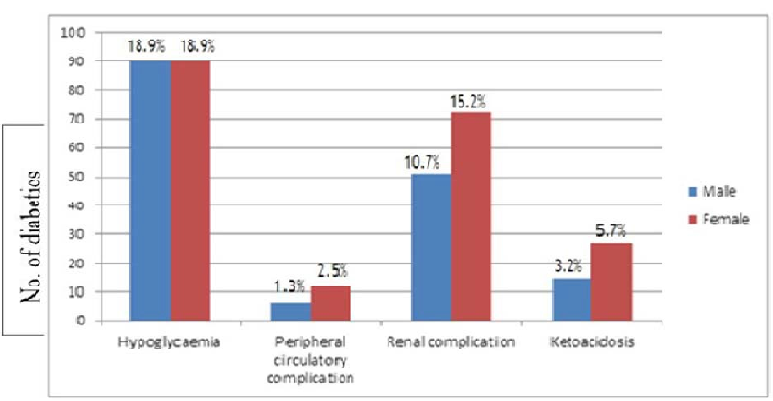 Figure 1: Complications and their prevalence amongst diabetes patients

Figure 1 represents the various complications recorded among the diabetics. It is also a representation which compares the complications in males to females, where 34.1% of males developed complications, compared to

The number of diabetic females was higher than male diabetics and this correlates with the studies by Darkwa [9] in the Cape Coast Metropolis. This can be attributed to fact that females practice less diabetes management methods such as regular body exercise and intake of low calorie diets. Majority of diabetes patients were above 60 years (56.8%) as a result of the fact that as people age, functions of their organs decline because of decreased cellular metabolic activities [10]. The higher prevalence of diabetes in females may have resulted from more females visiting the hospital in 2013, compared to the number of males who also visited the hospital. The greater number of type 2 diabetics in the study is in accordance with the 1999 WHO report [11]. The most prevalent diabetes type being type 2 diabetes mellitus (non-insulin dependent diabetes mellitus) typically associated with diet, obesity and physical inactivity [11] occurred amongst 269 diabetes patients (56.6%).This greater prevalence of type 2 diabetes can be attributed to adoption of western lifestyle such as diet.

Aside the two well-known type 1 and type 2 diabetes, an unclassified type of diabetes was also found which affected 39.6% of the total number of diabetics. In Africa, presence of atypical forms of diabetes makes it difficult to categorize patients as having either type 1 or type 2 diabetes based on usual clinical criteria [12]. For example, a study by Abdukadir et al [13] in Ethiopia reported that besides the two main types of diabetes is tropical pancreatic diabetes, characterized by early-onset, non-ketotic diabetes in underweight patients with high insulin requirement. Several complications develop in diabetes. The extent of the complications correlates positively with the duration of the diabetes and the effectiveness of management methods aimed at maintaining blood glucose levels within the normal range. These complications may be acute or chronic depending on the duration of the diabetes.

The most prevalent complication in this study was hypoglycemia which occurred (an acute complication) amongst 180 diabetics (37.9%). This complication was prevalent in type 1 diabetics which can be attributed to the fact that insulin injection being the main method of its management caused an abnormally high absorption of glucose from the blood. This therefore caused the blood glucose levels falling below normal, causing hypoglycemia. This hypoglycemia occurred in same numbers of males compared to females, although the expectation was a high prevalence in males because of high metabolic rates in males. The complication was also prevalent in patients of age group 20-40 years because of the higher physical activity levels in these people. Hypoglycemia also caused deaths amongst 20 diabeties.

Other complications such as renal complication and ketoacidosis were also prevalent. These complications however did not occur amongst type 1 diabetics. Renal complication with microalbuminuria being an early marker existed amongst 123 patients (25.9%) and this was prevalent in the age group greater than 60 years. Ketoacidosis caused by elevated levels of ketone bodies in the blood is as a result of fatty acid metabolism. When glucose is not absorbed from the blood into the cells as a result of insulin ineffectiveness the body starts to break down fatty acids to generate energy. The continuous breakdown of fatty acids causes elevated levels of ketone bodies in the blood ultimately leading to ketoacidosis. This condition existed amongst 42 patients (8.8%) and was more prevalent in unclassified diabetes.

The authors would like to acknowledge the staff of the Diabetics Clinic and Main Records Unit of the Komfo Anokye Teaching Hospital, Kumasi for their assistance in this project.

No conflict of interest declared by the authors.