Sleep is an important part of one’s daily routine and sleeping less than 6 hours at night is considered decreased somnolence. The frequency of obesity is shooting up worldwide, mainly in developed countries. Obesity has become a very grave root cause of health issues in our society. Our study aims to find out the association between obesity and sleep, and the frequency of poor sleep quality among normal weight-bearing and overweight individuals. It was conducted as a cross-sectional, observational, questionnaire-based survey, a total of 380 subjects were randomly selected from the community. Sleep quality was compared among both the groups using standard validated scale questionnaire for sleep quality (Pittsburg Sleep Quality Index). Our study found out that out of 380 individuals who were being inquired 228 (60%) individuals were normal weight-bearing and 68 (30%) were overweight. Sleep quality was found to be impaired in 120 (52%) of normal-weight individuals as compared to 36 (45%) overweight individuals, although mean PSQI was higher in overweight’s (p=0.008). We further found that self-reported sleep duration was not different in normal as well as overweight individuals. The rate of poor sleep quality was found equal among male and female overweight individuals. It is concluded that sleep quality is dependent on various factors including sleep awareness, sleep hygiene, environment, and other factors that should be taken into account also regardless of the weight of the person. We also recommend that working on awareness regarding the importance of sleep and helping parents to establish an appropriate sleep routine for young children may be useful in preventing obesity.

Sleep is an important part of your daily routine—we spend about one-third of the time doing it. Sleep is mainly of two types i.e. rapid eye movement sleep and non-rapid eye movement sleep. Circadian or Biological rhythm controls the sleep-wake cycle. It adjusts your timing of sleep and causes you to sleep at night and your ability to rise in the morning without an alarm [1]. Sleep has an important role in the immune system, brain, heart, lungs, metabolism, and mood. Poor quality sleep increases the risk of disorders including high blood pressure, cardiovascular disease, diabetes, depression, and obesity [2].

Different parts of the brain are responsible for sleep and its regulation. It includes the hypothalamus, a small peanut-sized structure inside the brain, acts as control centers affecting sleep and arousal.  Within the hypothalamus is the suprachiasmatic nucleus (SCN); some people with disorders to the SCN sleep erratically throughout the day. The brain stem, at the base of the brain, communicates with the hypothalamus to control the transitions between wake and sleep. It produces a brain chemical called Gamma-aminobutyric acid (GABA), which acts to reduce the activity of arousal centers in the hypothalamus and the brain stem [3]. The brain stem (especially the pons and medulla) also plays a role in REM sleep; it sends signals to relax muscles essential for body posture and limb movements. The thalamus acts as a relay station for most of the information. During most stages of sleep, the thalamus becomes dormant.  But during REM sleep, the thalamus is active, sending the cortex images, sounds, and other sensations that fill our dreams. The pineal gland, located within the brain’s two hemispheres, receives signals from the SCN and increases the production of the hormone melatonin, which helps to sleep. The basal forebrain, also promotes sleep and wakefulness, while part of the midbrain acts as an arousal system. The release of adenosine supports sleep drive. Caffeine counteracts sleepiness by blocking the actions of adenosine and can have disruptive effects on sleep [4]. The amygdala, an almond-shaped structure involved in processing emotions, becomes increasingly active during REM sleep [5].

Sleeping less than 6 hours at night is considered decreased somnolence [7]. Most healthy adults required 7 to 9 hours of daily sleep. Glucose metabolism and neuroendocrine function are also regulated by our sleep pattern and it affects our body in several ways [8]. Sleeping hours are less than normal in teens and reducing as they ages more [9]. The frequency of obesity is shooting up worldwide, mainly in developed countries [10]. Hormonal variation due to lack of sleep also becomes the origin of weight gain [9]. Nowadays the percentage of men and women between ages 30 and 64 years who complained about poor sleep quality is above 30%. This has become very regular ailment among adults [7]. Obesity has become a very grave root cause of health issues in our society [11]. This research finds out the association between obesity and sleep.

Our study aims to find the frequency of poor sleep quality among normal weight-bearing and overweight individuals. It was designed as a cross-sectional, observational, questionnaire-based study, in an outpatient department of a tertiary care hospital. A total of 380 subjects were randomly selected from the community (presenting to an outpatient department for any reason) and were given a questionnaire to be filled after consent. Sleep quality was compared among both the groups using standard validated scale questionnaire for sleep quality (Pittsburg Sleep Quality Index) [12]. Data were analyzed using SPSS version 25.0 and the p-value was set significant if less than 0.05. Inclusion criteria were age between 18–59 years and Body mass index (BMI) was taken between 18.5–29.9. Exclusion criteria were known major Illness including psychiatric disorders and BMI <18.5 or >30. A sample size 380 was calculated by the World Health Organization (W.H.O) sample size calculator, with a population size of 30000, confidence interval of 95%, response distribution as 50%, and margin of error 5%. The sample was collected through a non-probability consecutive sampling method. Data were presented as means and standard deviation if continuous, and in percentages if frequencies. Independent sample t-test was used to compare mean PSQI, while frequency groups were described through Descriptive statistics.

Figure 1: Showing comparison of PSQI score among the study groups. 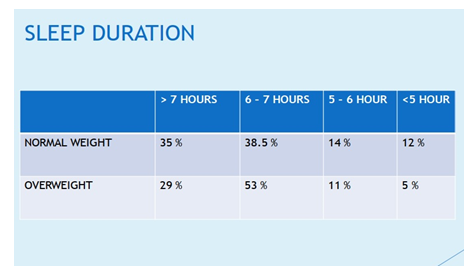 Figure 2: Showing the frequencies of sleep duration amongst the study groups. 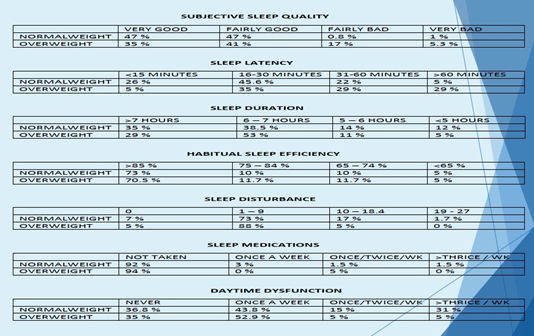 Figure 3: Showing the responses, and scores obtained through PSQI questionnaires amongst the study groups.

Obesity is one of today’s most blatantly visible, yet most neglected, worldwide public health epidemic across all ages, sexes, and ethnic groups. Obesity is influenced by many factors, such as heredity, early life influences, familial dietary behaviors, little physical activity, and sleep. Sleep duration in humans has shown an overall decline for over a century; thus, the individuals in modern society sleep relatively fewer hours. Previous researches have concluded that poor sleep and sleep less than 7 hours are related to increasing Body mass index (BMI). This research presents the relationship between sleep duration and obesity.

Many studies conducted in the past have favored the relation of disturbed sleep and obesity [13, 14]. It is observed that short sleep duration was linked with an increased risk of obesity while long sleep duration has no role [15]. Hormones like leptin and ghrelin which are responsible for regulating appetite modifies by short sleep lead to elevated BMI [15]. Lack of sleep results in weariness and a decrease in physical activity. Changes in the circadian clock can have hazardous effects on the body’s metabolism [4]. Sleep also affects metabolism by acting on thermogenesis [4]. Lack of sleep alters various hormones. It increases ghrelin, hunger, and appetite while decreases leptin, insulin sensitivity, and glucose tolerance [16]. Balancing a healthy diet intake, socioeconomic status, and lifestyle did not alter the association [16]. Sleep duration also gets varied by sleep apnea [17]. Sleep apnea is also a potential contributor to obesity.

Insomniacs have more psychiatric comorbidity as compared to people with normal sleep duration and they have increased Adrenocorticotropic hormone (ACTH) and cortisol secretion than other groups of people [18]. Several drugs are introduced now to improve sleep quality such as benzodiazepines [18]. Naps interfere with nighttime sleep. If one experiencing problems in night time sleeping, napping may worsen it [19]. Sleep duration is a modifiable risk factor with important inference for the prevention of obesity and its remedy [20].

We recommend that working on awareness regarding the importance of sleep and helping parents to establish an appropriate sleep routine for young children may be useful in preventing obesity. The main limitation of this study included that it was cross-sectional and causations cannot be determined. We acknowledge that sleep surveys are subject to reporting biases. Wrist actigraphy was not used to measure sleep duration.

It is a dilemma that remains unsettled regarding poor sleep leads to being overweight and obesity or oversleeping leads to being overweight and obese. Furthermore, overweight people have got poor sleep quality but a normal weighted person is no more different in this scenario and was found experiencing equally disturbed sleep as do overweight people. Sleep quality is dependent on various factors including sleep awareness, sleep hygiene, environment, and other factors that should be taken into account also regardless of the weight of the person.

Ethical approval was taken in this study from institutional review board, and consent to participate has been taken from all the patient’s guardian with informed written consent.