This study determined the levels of benzo(a)pyrene in smoked Clarias gariepinus and Heterotis niloticus. Questionnaire was administered to fish processors at the Hadejia and Geriyo fish processing units, the result obtained from analysis of the questionnaire shows that majority of the fish processors in Hadejia are using Neem tree (Azadrachta indica) wood and rectangular smoking kiln while in Geriyo majority of the fish processors are using Chew stick tree (Anageisus leiocarpus) wood and Drum smoking kiln. Sample of fish processed were collected and also fresh fish were processed using the type of firewood commonly used by the fish processors. The Fresh fish samples were used as control. All the smoked and fresh fish samples were subjected to laboratory analysis to determine the level of benzo(a)pyrene. Data generated were subjected to One-way ANOVA. The results obtained show that highest Benzo(a)pyrene recorded in this study is from C. gariepinus smoked in Hadejia market having 14.91 μg/kg followed by the same species smoked in Geriyo with 13.69 μg/kg of BaP while the lowest was recorded in H. niloticus smoked with chew stick with 7.61μg/kg. There is significant difference (p<0.05) in the level of BaP in smoked Clarias gariepinusand Heterotis niloticus across the samples. All the smoked fish samples examined in this study were found to be higher than the acceptable limit (5 μg/kg) specified by the European Union commission, but when they were evaluated according to FAO/WHO limits (10 μg/kg). Four samples (40%) analyzed were over the acceptable limit. This result is recommending the smoking of fish using Chew stick wood for reduction in the BaP levels in the food product.

Fish processing through smoking has gained a lot of ground in the field of food processing and it is commonly practiced by small, medium and large scale processing industries. The smoke which is produced either from wood or coal fuel contains a member of polycyclic aromatic hydrocarbons (PAHs) called Benzo[a]pyrene (BaP) which is a large group of organic compounds with sufficient toxicological evidence for mutagenic and carcinogenic properties [1-3].

In Nigeria, smoked fish is a common source of protein in the diets of many households [4]. In Nigeria, consumers are less aware of the presence of these residues in food products. There is no published data on the residual levels of benzo[a]pyrene on food products and furthermore no safety assessment of food items is done in Nigeria with regard to benzo[a]pyrene to ensure consumer protection The maximum acceptable level for benzo[?]pyrene for the European Union market in smoked fish is 5 ?g/kg, [5] while for WHO it is 10 µg/kg. Safety of food is a growing concern worldwide and PAHs residues if present in food above the maximum residual limit (MRL) pose a serious threat to the public health. Determination of the residual levels of benzo[A]pyrene in smoked fish will help to develop strategies that reduce the actual and potential risk to public health and establish systems for controls and interventions to ensure compliance with the recommended levels of benzo[A]pyrene in smoked fish.

This research was conducted at two different locations, which are Hadejia in Jigawa state and Geriyo in Adamawa state. A structured questionnaire was administered using a Focus Group Approach to fisher folks in the two locations that are involved in fish processing through smoking. Types of Wood reported through the questionnaire as commonly used were collected. Freshly landed Clarias gariepinus and Heterotis niloticus were bought from fishers.The sourced fresh fish samples were degutted, washed and allowed to drain. Initial weight of the sample was measured prior to smoking, the sample were then placed on smoking kiln.Weight of the fish samples were taken at two (2) hours intervals until constant weight is attained.

All the samples (fresh and smoked) were subjected to laboratory analysis to determine the levels of Benzo(a)pyrene, the fresh fish samples was served as control. High performance liquid chromatography (HPLC) using fluorescence detection was used in determination BaP as described by Muyela et al. [6]. The data collected from the laboratory for both Benzo(a)pyrene levels in smoked and fresh fish samples were subjected to Analysis of variance(ANOVA). The least significance difference (LSD) procedure was used to test for the difference between the treatments values with significance being defined at p ? 0.05. 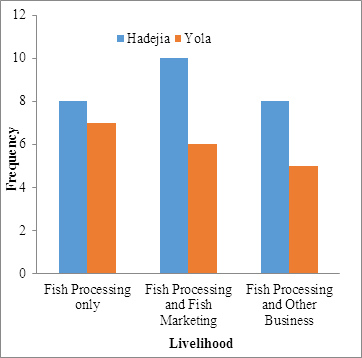 Table 2: Type of firewood used by fish processors in Hadejia and Geriyo.

Data on the same row with difference superscripts are significantly difference (p<0.05).
Table 3: Benzo(a)pyrene concentration in the samples.

The highest Benzo(a)pyrene recorded in this study is from C. gariepinus smoked in Hadejia market having 14.91 µg/kg followed by the same species smoked in Geriyo with 13.69 µg/kg of BaP while the lowest was recorded in H. niloticus smoked with chew stick (Table 3). There was significant difference (p<0.05) in the level of BaP in smoked Clarias gariepinus and Heterotis niloticus across thesamples. The concentration of BaP in the fish samples varied with smoke source. The level of BaP recorded may be attributed to the intensities of the smoke and heat generated by the smoking material which determine the drying duration of the fishes and hence, their contact time with smoke. This findings also corroborates the report of similar study by Silver et al. [7] that smoked fishes processes by firewood has highest level of BaP in smoked fishes. Various studies have reported the levels of BaP in smoked fish, according to Stolyhwo and Sikorski [8], most of the PAHs in smoked foods come from the wood smoke and that smoked fish contain much more PAH than the raw material from about 0.05 to about 60 ?g of BaP/kg of product, this is dependent on the properties of the fish, method and parameters of smoking, composition of the smoke and exposure of the edible parts to the smoke. This was satisfactorily established in this study.

The levels of BaP in smoked fish determined in this study indicate that the BaP levels are generally above the maximum residue limit recommended by different international and European regulations and hence pose a health risk to consumers.