Background: Glutathione-S-Transferase (GST) plays an important role in the detoxication mechanism of our organism but the homozygous deletion of these genes leads to the reduction or suppression of its activity. The aim of this meta-analysis is to evaluate the effect of pollution on GSTM1 and GSTT1 polymorphisms.

Methods: Ten publications out of two thousand six hundred fifty nine were consulted using PubMed, Google Scholar, Ovid and the European Journal of Medical Research which related to this topic. All abstracts and publications have been taken into account without restriction of languages. The t-test was used to compare the data of the selected articles.

Results: The overall analysis of the data shows that the null GSTM1 and GSTT1 genotype was observed at a higher frequency in the exposed subjects compared to control. Two studies reported that pollution has very significant effects on GSTM1 and GSTT1 but the others studies have shown no significant difference.

Conclusion: Ambient air pollution has a negative impact on the expression of GST polymorphism as the deletion which could depend of type of pollutants and population. It would be interesting to conduct others studies to improve our knowledge in individual susceptibility according to the type of population and pollutants.

All organisms are exposed daily to a wide variety of xenobiotics of various origins. Among these xenobiotics, we have air pollutants that continue to have adverse effects on population health [1, 2]. One of pollutant sources is road traffic [1, 3, 4]. Numerous studies have shown that low or moderate levels of pollutants can have both short- and long-term health consequences [5, 6]. The organism biotransformed these xenobiotics to compounds, that are either more toxic than the original compound or neutralized into less toxic compounds, that can be eliminated from the body by a complex multienzymatic system of Glutathion-S-Transferase (GST) [7]. However, these pollutants may affect the activity of these enzymes by causing their mutations. Currently, it is established that the metabolite pollutants influence individual genetic susceptibility in exposed subjects who can develop some pathologies as cancers, cardiovascular, pulmonary and inflammatory diseases [4, 8].

The xenobiotics are hydrophobic compounds which can be taken in charge in the organism by the enzymes of phase I as cytochrome P450. The cytochromic P450 enzymatic system promotes the water solubility of these hydrophobic substances and biotransformed them in alcohols, phenol, amines etc. The transformed toxins can produce free radicals themselves neutralized by a good antioxidant such as glutathione, the most important antioxidant in the liver [9]. Glutathione-S-transferases (GST), enzymes of phase II belong to  enzymes families which constitute an important line of defense protecting some cellular components (DNA, lipids and proteins) from the deleterious effects induced by these compounds [10-12]. There are several classes of GST enzymes: alpha (A), kappa (K), mu (M), omega (O), pi (P), sigma (S), theta (T) and zeta (Z) [13, 14].

Each class of GST exists in several subclasses or isoenzymes. The most studied are those of the GSTM1, GSTT1 and GSTP1 subclass [2, 15]. Previous studies of allelic variants in these classes have identified two major polymorphisms of GST (GSTT1 and GSTM1) which can be deleted. The homozygous deletion of the GSTM1 and GSTT1 gene causes a suppression of their enzymatic activity [16]. This null genotypes of GSTM1 and GSTT1 were associated with various pathologies as cancer, cardiovascular and respiratory diseases [17-19]. Them, we initiated this meta-analysis to establish a relationship between occupational exposure to air pollution and the presence or absence of GST polymorphism.

To perform this review, the publications were selected according to the protocol summarized in Figure 1. GSTM1, GSTT1, polymerase chain reaction (PCR), air pollutants, motorcycle taxi drivers, bus drivers  and detoxification were used as key words.  Relevant publications were identified by searching databases in PubMed, Google Scholar,

Ovid and the European Journal of Medical Research.

Publication which related case-control studies of GSTM1 or GSTT1 and air pollution were chosen until 2019 without language restriction. We excluded reviews, meta-analyzes, epidemiological studies, experimental studies on animals.

The informations in Table 1 result from selected publications identified by name of first author, years of publication, country, frequency of each genotype in case/control groups. Figure 1 shows the detailed organization of the data collection and the characteristics of each study included in Table 1. Preferred Reporting Items for Systematic reviews and Meta-Analysis (PRISMA) method is used. 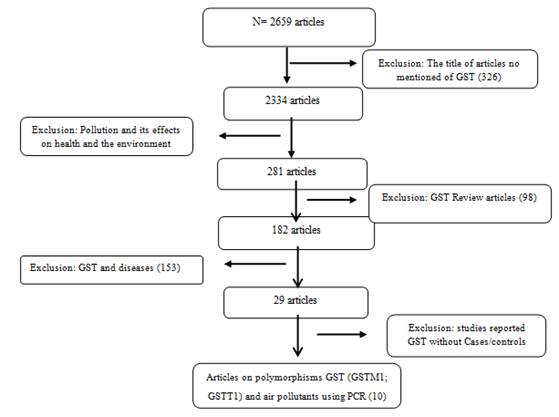 Figure 1: Flowchart describing the identification of articles included in this meta-analysis.

The statistical test was performed by SPSS 20 statistical software. The t-test for paired samples was used to compare different variables of GSTM1 and GSTT1 null with controls with confidence interval (95% CI) and P-value. The graph of mustache box have illustrated the data.

Ten (10) case/control articles were included in this meta-analysis [5, 20, 21-28]. For the analysis of the GSTM1 (null and present), the group of cases was about 44.32% versus 55.68% for the controls. For GSTT1 (null and present), 50% of cases were included as well as 50% of controls. These two genes were identified by the multiplex polymerase chain reaction (multiplex PCR) technique. The subjects included in these articles were exposed to various pollutants e.g. polycyclic aromatic hydrocarbons, nitric oxide, nitrogen dioxide, benzene, particulate matter, toluene, ethylbenzene and xylene. People of nine countries have participated to studies (Iran, Boston, India, Chine, Sweden, Barcelona, Turkey, Thailand and Denmark). These data are recorded in Table 1.

The whole cases and controls populations are exposed to a variety of air pollutants that have toxic effects to organisms, but these substances can induce diseases associated with a deletion of gene. In our meta-analysis, we selected some studies focusing on the relationship between GST gene polymorphism (GSTM1 and GSTT1) and air pollutants to assess potential mutation risks. This deletion can cause the alteration of several functions in the organism.

The prevalence of both genotypes varies among different studies. Priya and al in 2015 reported that the Indian population exposed to benzene had high level of null GSTM1 and GSTT1 genes. We observed a statistically significant difference for the two genes between cases versus controls (P-value= 0.006/0.01) [25].  In the same way, Zhang et al. showed a high level of GSTM1 and GSTT1 null genotype in Chinese population exposed to nitric oxide [23]. A difference statistically significant were also noticed between the two genes cases versus controls (P-value= 0.009/0.024). But the others studies showed no statistically significant difference between cases and controls in the deletion of GSTM1 and GSTT1.

The statistical analysis was performed with the T-test and the results of the studies on the effect of atmospheric pollutants on the GSTM1 at case/controls studies gave P-values ?0.05. Thus, a significant difference was observed between the cases with null genotype GSTM1 (-) and controls (OR=1.001; 95% CI=0.495-18.551; P=0.001). The Figures 2 and 3 show the difference on GSTM1 deletion.

The comparison with GSTT1 null in cases and controls was performed with the classical analysis (T-test). P-values were not significant at the cases level and controls as P=0.110. We also used the mustache box graph to illustrate the absence and presence of GSTT1 in cases and controls (Figures 4 and 5). There is a noticeable increase in the percentage of null GSTT1 genotype in the cases compared to controls but the difference was not statically significatif (IC 95% [-5,190_39,190] P-value= 0.110).

Table 1: Characteristics of the ten studies included in the Meta-Analysis. 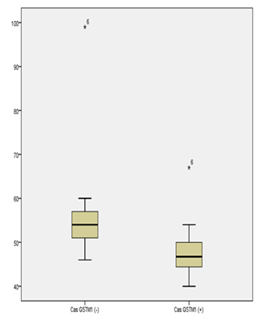 Figure 2: Results of the GSTM1 genotype of cases. 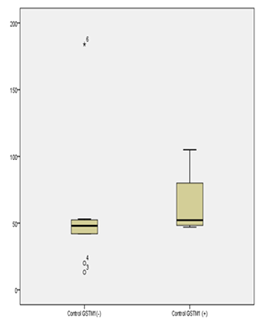 Figure 3: Results of the GSTM1 controls of genotype. 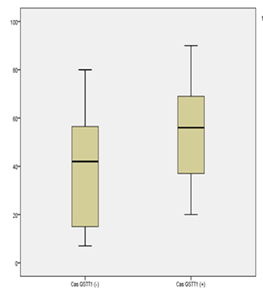 Figure 4: Results of the GSTT1 genotype of case. 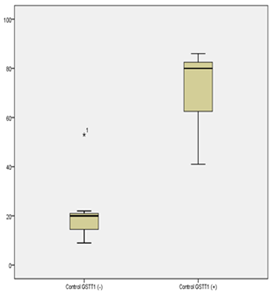 Figure 5: Results of the GSTT1 genotype of controls.

Glutathione-S-transferases are a family of isoenzymes that play an important role in protecting the body against oxidative stress. Under aerobic conditions, some metabolites that have exogenous (atmospheric pollutants) and endogenous precursors (NADPH), generate Reactive Oxygen Species (ROS) as a normal physiological process [29, 30]. However, ROS could be neutralized with antioxidants. When ROS and antioxidant production were not balanced and ROS activity were the highest, GST activity is reduced. Excess of ROS can cause cell dysfunction which is responsible for the formation adducts observed on genetic material [6]. This meta-analysis tries to investigate the effects of atmospheric pollutants on glutathione-S-transferase polymorphisms (GSTM1 and GSTT1). Priya and al in 2015 and Zhang and al. in 2014 observed a statistically significant difference for the two genes between cases versus controls in Indian and Chinese populations [23, 25]. However others studies (07) reported in table 1 showed no difference in GSTM1 null and GSTT1 null polymorphism in cases control groups. This suggests that the deletion in GSTM1 and GSTT1 genes could depend on the nature of the pollutants as benzene and oxide nitric pollutants induced deletion with statistical significant difference between cases and controls while NO2, PM2.5, HAP and BTEX caused no significant difference.  Neghab et al. work on BTEX shows that there is no significant difference between cases and control even though there is benzene in the pollutants [26]. We can then propose that the deletion of these genes depends on the study population as the BTEX data were conducted on Iran populations while  the benzene effect were conducted on Indian populations. This idea is supported by several works that associate the deletion of these genes with respect to a disease in the Caucasian, American and African populations [10, 11, 31]. Even though we don't observe no significant difference between cases and controls, the deletion of GSTM1 and GSTT1 could also be associated with various pathologies as  respiratory diseases such as asthma [32],  chronic obstructive pulmonary disease [33], lung cancer [34], breast cancer [35], bladder cancer [36].

In sum, on 2659 articles consulted, only 10 were included in our meta-analysis on GST deletion in cases controls groups. Two of them showed statistically significant difference between cases and controls. The deletion of GST gene could depend on type of pollutants and population. We noticed that this study has some limitation as pollutant concentrations and the size of samples of cases controls group. Even with a non-significant difference in GST deletion, pathologies can develop within these populations. This can be explained by individual genetic susceptibility. It would be interesting to study this individual susceptibility according to the type of population and pollutants.

All authors contributed to review of the literature, summarizing the results, conceptualization, and discussion as well as writing the manuscript.

The authors thank Mr Hervé AGONSANOU and Professor CAPO-CHICHI Callinice for the proofreading in English.