The main purpose of the work was thermodynamic research on olive oil with the use of the mechanical method chosen. The paper contains volume and compressibility data measurement on olive oil as a function of pressure and time. Pressure was applied up to 450 MPa with two mean velocities. Conversion from liquid to solid form has been observed. The compressibility changes were observed during first order phase transitions and compared with the changes of the thermodynamic quantities in the same time. Compressibility has been recognized as a very sensitive factor of a long-time phase transition. The compressibility values and their dependence on pressure and time were compared with interactions between substance molecules and their arrangement in liquid and crystal forms. Dependence of olive oil properties on pressure and phase transitions is very important for olive oil production and conservation industry because of possibility of installation blocking by oil above phase transition (in solid form).

Olive oil is one of the oldest liquids made by human beings. From ancient times, olive oil has been known for its good influence on health. This makes olive very important element of food and pharmaceutical industries. Olive oil and other oils can be used in machine construction and work or as the fuel for them; therefore, they are very important for the whole engineering science and technology. The compound structure and complex properties make this liquid interesting for basic science as well. The recognition of properties and identification of characteristic parameters correlated with them would be substantial for science and technology.

The main olive ingredients are triglycerides with three fatty acids radical chains linked to central glycerine part. The mutual position of molecules and their chains and olive composition have grate influence on mechanical and electric substance parameters, which can be seen in earlier works on diacylglycerols [1, 4-6], triacylglycerols (triglycerides) [1, 7, 9-10, 13], sunflower oil [1, 8], soy oil [1, 11], rape-seed oils [1, 12, 14],castor oil [1, 9] and olive oil [1-3, 8] and other fats and oils [1]. The triglyceride mixture content determines many long-time phase transitions in olive oil [15-17], [16],[17]. Because triglycerides have only small electric dipolar momentum, the dispersion force plays the main role in their molecular interactions [18].

The main parameter of phase transition detection is temperature, but in a long-time transitions compression heating is very weak, and it is going out of the chamber constantly. This makes detection of phase transition temperature very hard. Volumetric parameters are much more sensitive, which will be shown in this work. Olive oil is made by compression of olives. High pressure is also used for killing microorganisms in olive oil and other food (high pressure conservation method). In both cases change of olive oil properties can be very dangerous for used in this processes equipment. The main purpose, of this paper was to verify compressibility by comparing to data presented in papers [3, 8].

The substance examined in this experiment was 21(1) cm3 olive oil with triglyceride composition shown in TAB.1.

In this experiment time, pressure, piston movement and temperature were directly measured similarly to the method presented in papers [7, 9]. The measurement set inside the pressure chamber contained thermocouple and manganin coil. All the information measured was digitally stored on laboratory computer. The data were taken by a specially prepared computer program which measured time directly.

The records were saved every 3 seconds. Pressure from the hand press was introduced by 17 mm diameter piston to the cylindrical grounded steel chamber. Pressure ratio between  the press and  the chamber was 20,3(5). Temperature was measured by a thermocouple. Measurement set was not thermal isolated from the laboratory and there was no special thermostatic system in our set but the laboratory room temperature was  23(1) oc during the whole experiment.

Temperature of olive was whole time very near to this value so thermodynamic process was posited as isothermal. Pressure was measured by special manganin coil whose resistance rises along with the rising pressure. The relative position of the piston was measured by digital caliper attached to the chamber and piston. Measurement set was shown in FIGURE 1. 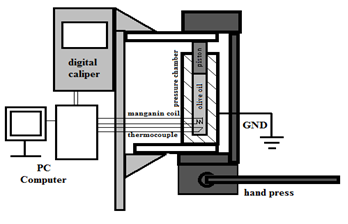 In the first phase of the experiment, pressure was introduced by steps by two compression mean speeds

The influence of the steel pressure chamber deformation on piston length and volume measurement is very small under pressure up to 500 MPa, and the value of correction would be much under uncertainty, so it was ignored.
Temperature measurement was done with 0,1 °c precision, but the uncertainty was assumed on 1 °c because of the pressure introduction method used, which was a source of additional hit and temperature noise.
Pressure induction by steps was used because this method gives more time for thermodynamic equilibrium to be achieved and makes the control of compression mean speed easier and its uncertainty lower.
For the sake of clarity, the uncertainties were shown in figures only when the number of points of each curve was low.

The quantities measured were not factors characteristic for the substance, so they have been converted to basic material factors by transforming and using standard physics equations. Values of physical quantities were written with measurement uncertainties between brackets and with unit at the end (e.g. p = 450(10)MPa).
Isothermal compressibility is defined as follows:

All the compressibility data have been evaluated from volume curve by two points backward numeric differentiation.

After every phase transition, the local minimum of compressibility has been achieved. 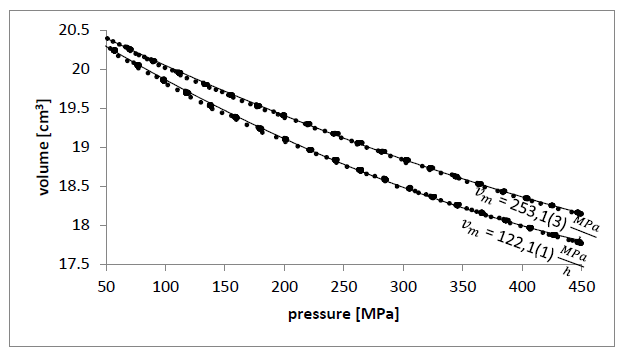 Figure 2: Volume as a function of pressure (compression) 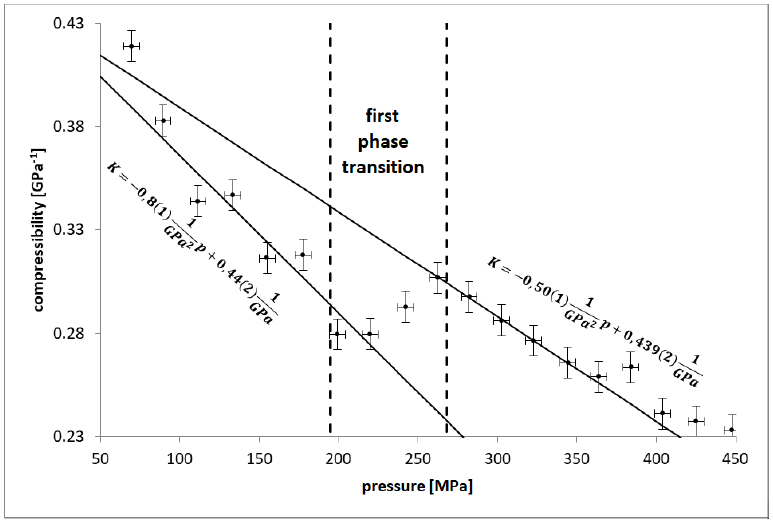 Figure 3: compressibility as a function of pressure (compression 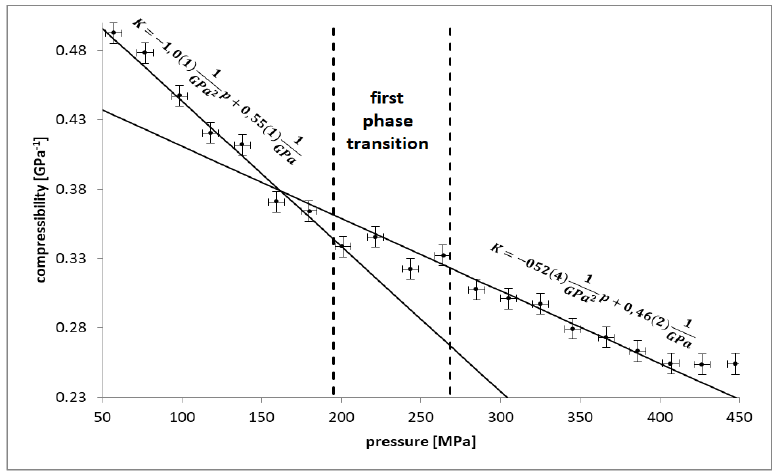 Figure 4: compressibility as a function of pressure (compression 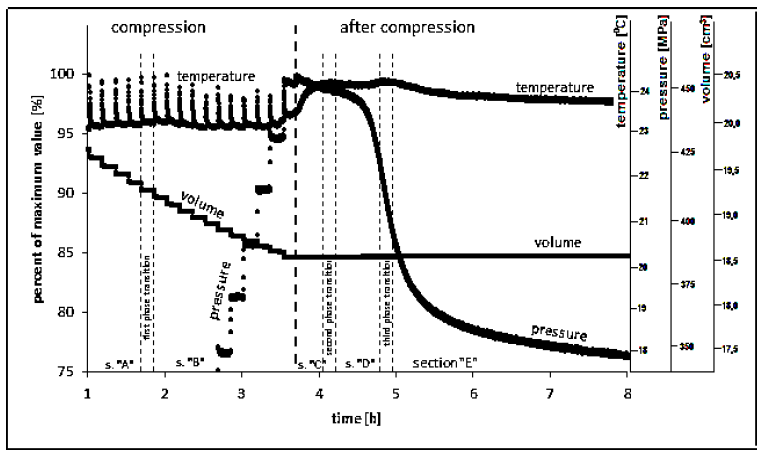 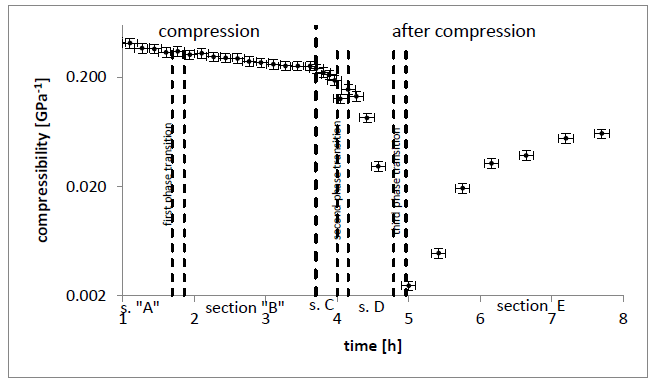 Figure 6: compressibility as a function of time during compression with mean speed

and after compression left on 450MPa pressure for 5,5h

Pressure induction to olive oil reduces the distance between each triglyceride molecule which means that their concentration rises. With every next decrease of the distance between them, repel force rise rapidly which entails compressibility reduction with pressure. It is shown in FIGURE 3, FIGURE 4 and first part of FIGURE 6. In FIGURE 5 in section A and B, pressure rises so compressibility in FIGURE 6 section A and B goes down. In sections c and D fluid transforms to crystal forms alpha and triple so compressibility goes down faster. Then, before section E, most crystals change to double form and compressibility takes minimum value of two orders of magnitude lower than in liquid, so solid form has been probably reached.

The three long-time phase transitions have been detected. The conversion from liquid to solid form has been observed and the transformation processes discussed and explained. compressibility has been tested as a good phase transition parameter. Knowledge of mechanical factors described in this work could be very helpful in olive oil production and conservation equipment setting. For example not controlled phase transition from liquid to solid rapidly change compressibility and viscosity and can cause press breaking or pipe clogging.