Correlation Between Staple Diet and its Effect on Physical Aesthetics Depicted in Paintings, Sculptures and Figurines: Greek v/s. Indian Culture

In the specific cultural setting, the need to find links between multimodal aspects and their interconnection like regional food and regional art is necessary. The regional socio-cultural aspects such as food greatly influence human beings' physical appearances, which may be depicted in art forms. Different cultures have existed for centuries. Each culture had its unique cuisines, art, peculiar traditions, geographic location, and many prominent features which identify that specific culture distinctively. Up to some extent, cuisine and staple food plays a vital role in the culture. This review-based research focuses on finding out the prevalence of staple food and specific culture nutrition on shaping its art forms. Also, how the staple diet and daily activity of people from particular cultures shaped their physical aesthetics and how these physical aesthetics are depicted in paintings or sculptures. Hence, the article's significance is to find if any pattern exists between staple diet and art from across different cultures, i.e., for instance, compared to ancient European (Greek) and Indian culture.

Food and art form plays a primary role in the identification of specific culture in human society [1]. Food and culture have emerged and evolved simultaneously over millennia. Gradually, culture has played a crucial role in shaping human social evolution and depicted specific influences on its socio-cultural aspects. Culture is not only a part of civilization but also a part of personal and sociological aspects. Humans socialize and exist by building communities with aspectual similarities. Similarities vary in different degrees ranging from language to religion. These communities morph with the influence of geographic location, religion, and culture. Each of these communities follows different cultures having particular types of food, language, clothing, art forms, etc., Moreover, these different cultures could also be distinguished from each other based on the type of food or artforms. Food implies cuisines and art forms from the physical and cultural art form. The change in geographical locations diversifies the shift in culture and communities [2]. Food in different cultures may vary, ranging from taste, ingredients, procedures, and make. Also, they may be composed and diversified in the specialty cuisines and the staple food from culture to culture. The art forms include dance forms, paintings, sculptures, and figurines, and they are well distinguished from culture to culture. According to human neuropsychology [3], food and art forms may impact each other and help identify and distinguish between different cultures. In this review-based study, we are trying to find and establish the perceived relationship between food, its nutritional value, and art, i.e., paintings, sculptures, and figurines, by using the most prominent and age-old cultures- Indian and ancient European cultures, mostly greek and Spanish as the exemplars. The significance of this review that is based on the exemplars points out that there is the likelihood that the depiction of artforms by the artists such as the muscular Greek figurines or the bulky Indian effigies are the portrayal of individuals of that timeline. Moreover, these individuals delegate food and its nutritional composition through their appearance to the artist.

We collected the data of Indian and Greek culture, food, and art available or from previous studies done. The data consisted of studies and material that narrated staple diet, food culture, daily activities, paintings, figurines, and sculptures from both traditions in the same or near to matching era. We analyzed similarities and differences in all the collected data parameters in both cultures to observe whether there is a link between staple diet and art form.

Paintings, sculptures, or figurines illustrate nature, religion, gods, goddesses, human figures, and daily life activities. However, When it comes to painting or sculpting human figures or daily life activities, primarily, the artist creates it to resemble either the existing people and surroundings as seen in the figures 1,2 [4]. One or what the artist has observed about human anatomy in his perception, e.g., David by Michelangelo, one of the great artists in the 15th century, the figure of the flayed muscle man holding his skin and flaying knife in Historia de la Composición del Cuerpo Humano (1556) by Juan Valverde de Amusco [5], and detailed drawings of anatomy of human organs by Gaspar Becerra (ca. 1520 - 1570) (retrieved in April 2021 from Royal academy). These sculptures or paintings depict the human body's superficial aspects, such as dressing, ornaments, physical aesthetics, emotions, and beliefs. In addition to this, some artworks depict the body interiors such as skeletal structure, muscular structure, organ structure, and organization. From these examples, it could be speculated that muscular physical aesthetics in the individuals during the timeline this artwork was created. The physical aesthetics of individuals of a specific culture are primarily dependent upon what they eat, the daily physical activities, and their aesthetic ideas in culture [6]. Human physical appearance and bodily representation can be localized in multiple aspects. Alternatively, we could also say that the staple food, regional diet habits, and climatic conditions in that culture can be seen in the people's physical appearance that can be varied from skin tone, height, lean bodies, etc. The staple food, daily diet and all the environmental factors have an effect on once body subsides on the appearance of all people in the community. So we can directly or indirectly imply that food, diet, climate, and physical activities primes human appearance which indirectly or directly can be seen in sculptures are the paintings that depict human figures, daily life in that culture and surrounding at that point of time. Also in other words we can postulate that certain physical aesthetics of the regional group can be common. 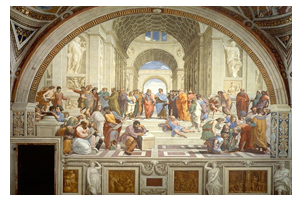 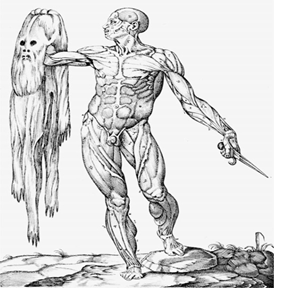 3.1 Food and Art differences in Indian and Greek culture within the ancient era

In this context, we consider the ancient era and progressive period in the timeline as in this we know sculptures and paintings are available for analysis. Starting with Indian culture, there were different but not limited to religious sultanates like- Mughal, Rajputs in the north, Vijayanagara in the south, Marathas, Adilshahi, and Nizams in the Deccan, and various other sultanates of Bengal region [7-9]. However, the majority of the population in Indian culture followed Hinduism across the geographical extent of India. In all eras, the Hindu diet [10] was majorly vegan, including vegan and dairy sources. The Hindu diet consisted of vegan sources like grains, lentils, beans, seeds, vegetables, fruits, and milk products (figure 3) [11]. Most people did not consume large amounts of non-vegan sources, which was an integral part of Hinduism. Milk and dairy products like ghee, Makhan, cottage cheese, curd were consumed on a large scale. The milk and ghee were considered medicinal and sacred. The primary protein source was from lentils, grains, beans, legumes, nuts, and milk products. The Fruits were also part of the diet depending upon the class of people and region. On the other hand, the daily ancient greek diet majorly involved fish, seafood (figure 4), eggs, legumes, beans, lentils, vegetables, fruits, nuts, milk products, and olives [12,13]. Meat was regarded as festive food and not consumed as a staple (figure 5) (Epidromos, c. 510–500 BC). 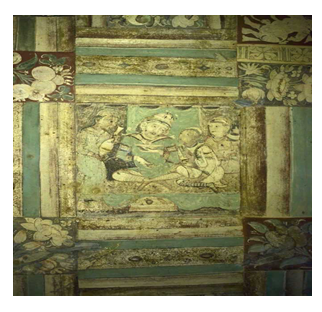 Figure 3: A decayed ceiling painting from Ajanta caves showing an apple, a fruit on the plate. (Om P., 1961) 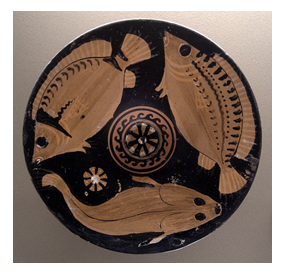 Figure 4: Fresh fish, one of the favourite dishes of the Greeks, platter with red figures, c. 350–325 BC, Louvre 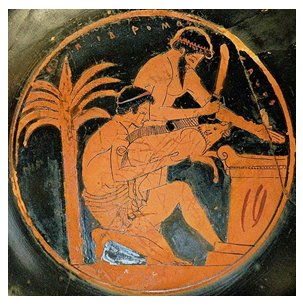 Figure 5: Sacrifice; principal source of meat for city dwellers- here a boar; tondo of an Attic kylix by the Epidromos Painter, c. 510–500 BC, Louvre.

The human body and its growth are majorly dependent on food and daily work style [14]. Now, if we compare the nutritional value of both the diets in ancient timelines, greek people had more protein intake compared to total calories in the food like fish (Apulian Fish Plate, c. 350–325 BC), eggs, seafood [15] and also had more protein than total calories per hundred gram than that is present in milk, cottage cheese. This summates that Greek people had a fair share of Lean protein in their diet. Also, as per the literature available, greek people were regularly involved in daily physical activities such as sports (figure 6) and exercise on a larger paradigm than Indian people [16-18]. Some literature suggests that we can plausibly assert that the Greeks invented sports [19]. The visible body aesthetic is composed of muscle and fat. The more one has lean muscle, and the more aesthetic one is once body. Lean muscle is directly dependent on majorly protein intake [20], and physical activities that trigger muscles' specific set to create muscle hypertrophy and muscle maintenance [21,22]. When it comes to physical activities, Indian people were primarily involved in yoga (figure 6) and exercised agility and flexibility [23,24]. Moreover, on the other hand, greek people were more involved in muscular sports. The greek sports consisted of movements and activities that incorporated lean muscle mass. Even the word GYM is of Greek origin [25]. This can suggest why greek people had more lean and physically aesthetic bodies and Indian people mostly had heavy and bulky bodies. As the surroundings and what an artist sees is directly or indirectly depicted in the form of art, i.e., painting or sculptures, the greek paintings, and sculptures consisting of humans and daily life activities had all the humans in aesthetic shape as seen in figures 7 and 8 On the other hand, the Indian sculptures and paintings were primarily religious. Still, the ones that were non-religious and were of human figures and statues figures 6 and 7, the people were not wholly lean or were partly bulky. 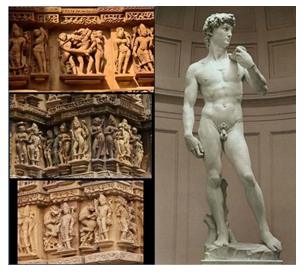 Figure 8: On left: A battle scene from Mahabharata by INDIA, KANGRA, CIRCA 1800 PHOTOS: Wikimedia Commons v/s On right: The Procession of the Trojan Horse into Troy from Two Sketches Depicting the Trojan Horse, oil on canvas by Giovanni Domenico Tiepolo, c. 1760; in the National Gallery, London. PHOTOS.com/Getty Images Plus

When it comes to food, other than intrinsic factors, the human physical appearance is dependent on multiple factors like the amount of food intake, type of food eaten, and essential nutritional component of food [26]. Other than that, the human musculoskeletal system depends on how much a specific muscle group is used and how much intensity. Muscle gain or hypertrophy is a combination of diet and activity and not just one single attribute. As discussed earlier, the art is depicted from the surrounding environment; they were true without mediation with makeup, editing, or usage of masking layers or filters, sufficiently created to resemble reality [27].  In ancient times the arts such as paintings and sculptures were the equivalent of taking photographs in modern times. However, unlike olden artwork, the recent photographic art depictions are not necessarily accurate representations due to filters and high throughput editing software [28]. That means the human figures we see in the paintings and sculptures are representations of people's physical appearance in that community.  The Indian and Greek cultures were compared during the ancient era. Specifically, the food and physical aesthetics concluded that the greek people's calorie portion, majorly composed of lean protein from sources compared to the Indian people in the same era, consumed majorly of fat conjugated- high-calorie proteins. This gives the narration that even though Indian people ate vegan sources of protein, the high yield of calories created their body's bulky appearances [29], i.e., less lean muscle compared to the total body composition taken. Moreover, the Greek people indulged in sports and gymnastics [30-32] in addition to their day-to-day physical activities. Moreover, these diet patterns and physical activities in the Greek and Indian culture may affect their aesthetic appearance [33-35]. Into the bargain, it could be asserted that Greek had aesthetic muscular built whereas the Indian people had strong bulky appearance with less prominent muscles. Hence the painting and sculptures also differ, depicting more carved muscular people on the greek side. It is necessity that we look into more literature to understand many other influential parameters that could have affected the way paintings and sculptures are being resembling physical aesthetics.