Curative Treatment of Electrical Storm in a Patient with Apical Aneurysm and Thrombus: Aneurysmectomy

A 41-year-old gentleman was admitted to the hospital with the diagnosis of anterior myocardial infarction in October 2015. A coronary angiography revealed a total occlusion in proximal LAD segment. The operator performed predilatation and successfully implanted a drug eluting stent into the lesion. After several months, the patient developed dizziness and palpitations, and he was diagnosed with having sustained monomorphic ventricular tachycardia (Figure 1), which was treated with electrical cardioversion. Transthoracic echocardiography disclosed moderate left ventricular systolic dysfunction, left ventricular apical aneurysm and 3 × 3 cm mural thrombus in aneurysm, which was confirmed with 3D echocardiography (Figure 2). Warfarin was added to treatment. For secondary prevention, a VVI-R ICD was implanted in our institution in January 2016. 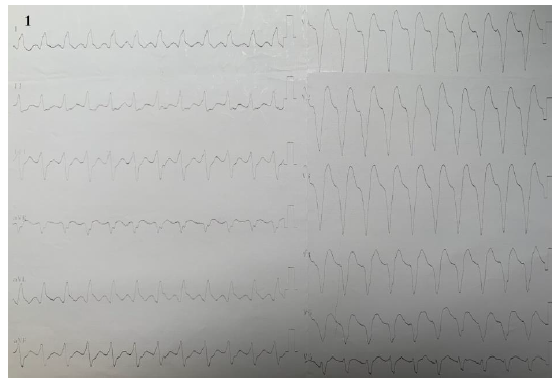 Figure 1: Electrocardiogram demonstrating monomorphic ventricular tachycardia with a rate of 171 bpm/min. The negative concordance in precordial derivations reflects the apical origin of the arrhythmia. 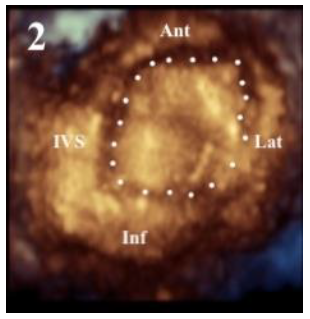 Until April 2016, he received many times appropriate shocks due to VT, which made him develop suicidal thoughts. We could manage the electrical storm neither with antiarrhythmic therapy nor with cardioversion. We evaluated the chance for a successful catheter ablation, however the embolic risk far outweighed the benefit because of persisting apical mural thrombus. Therefore, we planned urgent aneurysmectomy in order to control the electrical storm. After the successful surgery, the episodes of ventricular tachycardia diminished and apical mural thrombus disappeared. The patient is now in well condition, and no ICD shocks have been observed since 2016.

This case denotes that surgery may be a curative alternative to catheter ablation in a patient with incessant VT and apical thrombus. Cardiac surgery for VT is rarely performed, but has a role in highly symptomatic patients, when antiarrhythmic medications and catheter ablation fails or are not possible [1]. Although Peichl et al. [2] reported successful catheter ablation in patients with concomitant left ventricular thrombus, we didn’t have the chance to use intracardiac echocardiography. Aneurysmectomy provided both cessation of electrical storm and removal of left ventricular thrombus in our case.