Objectives: To summarize the changes of outcomes and complications of terrible triad injury (TTI) in patients who were treated by current surgical strategies. Our hypothesis was that with the application of current surgical protocols, clinical results were improved and complications reducing. However, risks still persisted and new challenges came to affect the prognosis.

Methods: We performed a systemic review of PubMed, MEDLINE, EMBASE, the Web of Science and Cochrane Library to identify all relevant studies. Studies of TTI patients treated based on current surgical protocols after 2004 were included. Outcomes evaluated were functional scores, the range of motion and complications.

Results: Eleven studies with 166 patients were included. With a mean follow-up of 14.8 to 41 months, average flexion arc was ranged from 99° to 127° with average forearm rotation of 80° to 156°. Mean Mayo Elbow Performance Score was 78 to 96. Mean Broberg- Morrey Score was 76 to 90. The most frequent complications were heterotopic ossification (0 to 31%) and posttraumatic osteoarthritis (0 to 38%), followed by nerve symptoms, dislocation or subluxation and stiffness.

Conclusions: Functional outcome after surgery for TTI indicates that current surgical protocols made TTI less terrible as it used to be. However, challenges still persisted and remained it a troublesome injury to treat. Clinicians should pay more attention to surgery unrelated factors and prosthesis-related complications to improve the outcomes.

Elbow dislocation associated with both radial head and coronoid fractures, termed the “terrible triad injury” (TTI) by Hotchkiss [1], was notoriously challenging for decades because of the difficulties inherent in treatment and the consistently poor prognosis [2-4]. TTI was recorded as a severe injury with a lot of complications including recurrent instability, stiffness, arthritis, multiple reoperations, pain and functional limitations [4-6]. The aim of TTI treatment is to recover the stability of the elbow so as to allow early rehabilitation and reduce the risk of long-term joint stiffness or disability [7, 8]. Recently, with the improvement of elbow biomechanics and pathoanatomy knowledge, several systematic approaches for treatment were developed. In 2004, Pugh et al. proposed a standard surgical protocol to treat TTI [5], appeared to have yielded more favorable and reproducible clinical outcomes in recent studies [9-11]. Furthermore, a variety of modified surgical managements have been described for this injury [12-14]. Thus, most cases are treated surgically involving repair of the coronoid fracture and/or repair of the anterior capsule, fixation or replacement of the radial head, repair of the lateral

collateral ligament. Then, repair of medial collateral ligament and/or application of hinged external fixator in the event of residual instability after standard treatment [15, 16]. Such reports clearly reflected the outcomes and complications of TTI. We assumed that the application of current surgical protocols improved clinical results and reduced complications. Which made this injury no more as terrible as it used to be. On the other hand, additional challenges may persist and continue to affect the prognosis of TTI. As a consequence, we performed this systematic review to investigate the outcomes and complications in TTI patients treated by current surgical strategies after 2004.

This systematic review was conducted following the PRISMA (Preferred Reporting Items for Systematic Reviews and Meta-Analyses) Statement [17]. A literature search of PubMed, MEDLINE, EMBASE, the Web of Science and Cochrane Library was undertaken in November 2017 using combinations of the following search terms: coronoid fracture, radial fracture, elbow, fracture, dislocation, complex dislocation and terrible triad. Only English papers were included and duplicates were removed. Articles were considered for inclusion if they met the following criteria: patients were all adult who suffered TTI after 2004. The treatment was according to current surgical protocols, the outcomes and complications were described adequately using validated assessment. Studies were excluded if they were published in the form of case reports, review papers, comments, editorials, letters, publications on congress or manuscripts with incomplete documentation of outcomes and details of the applied treatment.

The titles and abstracts of the search results were independently screened by 3 reviewers (W. G, P. L and

reached by discussion and by consulting a fourth reviewer (Y. Z) if necessary. Two reviewers (W. G and

A total of 3730 articles were identified in the initial search. After removal of duplicates, 2320 articles were screened by abstract and title. Of the 32 studies that were eligible for full-text assessment, 21 were excluded because of various reasons (Figure 1). The remaining 11 articles were included for systematic review. The characteristics of each included study are summarized in Table 1. All studies were retrospective in design. There was a total of 166 patients enrolled in 11 studies. Most of them were male with an average follow-up of 14.8 to 41 months, mean age ranged from 33.6 to 52 years. With a mean follow-up of 14.8 to 41 months.

The functional outcomes are detailed in Table 2 and 3. The average flexion arcs ranged from 99° to 127° while the mean forearm rotations were 80° to 156°. Most patients had functional motion (at least 30° to 130° of flexion-extension, 50° of pronation, and 50° of supination), which was estimated by 6 studies. Of 11 studies, 6 accomplished Mayo Elbow Performance Scores(MEPS), which ranged(mean) from 78 to 96. According to the Mayo Elbow Performance Index(MEPI), most patients were assessed as excellent or good while only less than 9% were fair to poor. With regard to Broberg-Morrey Scores, 4 studies reported that approximately 83% patients had excellent or good score. The mean score, in 3 of them, were 76 to 90.

Except for one study, the incidence of dislocation or subluxation seemed to be a little higher than recent studies (0-15% cf 2% [21, 22]) (Table 4). However, 7 of 11 cases were ascribed to surgical un-related factors by authors including limited compliance, obesity and secondary injury [18, 19, 23]. Inadequate compliance has also been a major factor for stiffness of elbows. Which led to 7 of 10 stiff elbows, reported by 4 studies [9, 18, 19, 24]. In addition, all but two nerve symptoms recovered in few months [14, 19]. With respect to prosthesis-related complications, Giannicola reported that resorption of the radial neck was observed in 13 of 16 patients with radial head replacement, while 1 had bipolar prosthesis disassembly and another elbow experienced prosthesis overstuffing and oversizing [18]. Leigh reported 2 resorptions of radial neck [9]. Winter

reported that 1 displayed a radial head disassembly and 1 a prosthesis overstuffing [19]. Other complications are summarized in Tables 4 and 5. A total of 20 cases required reoperations in 5 studies. Overall, additional

procedures were typically because of problems related to implants, stiffness, heterotopic ossification and nonunion (Table 5). 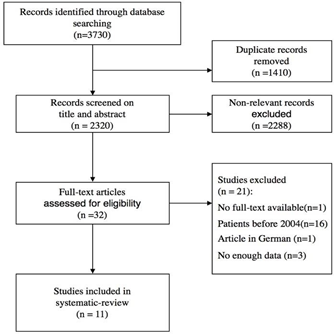 Table 1: Characteristics of the Included Studies.

Table 5: Detail of Other Complications and Reoperations.

This systematic review evaluated 11 retrospective studies, including 166 TTI patients treated after 2004, shows that most patients obtained excellent-good functional scores. Functional range of elbow motion (30° to 130° of flexion-extension, 50° of pronation, and 50° of supination), estimated by 6 studies, was observed in the majority of patients. The most common complications were arthritis and  heterotopic ossification, followed by stiffness, instability and nerve symptoms.

In 1996, Hotchkiss first clearly described this complex type of fracture-dislocation. The incidence of repeated dislocation or subluxation persisted at a high level (4- 38%) [10, 18, 25-28]. Which made the ‘Terrible Triad Injury’ earn its eponym and resulted in arthrosis and stiffness [4]. Although dislocation or subluxation was once a scourge of the management for TTI, improved understandings of this injury and modern surgical protocols seemed to have turned it into an infrequent event [21]. We found that the risk of subluxation or dislocation related to the current surgical protocols was lower in the last decade (0-15%). Six studies included in our review did not report any patients had subluxation or dislocation after operations. Recently, there were only 2% recurrent dislocations and no subluxation reported by Zhang [21] when surgery was performed within 2 weeks of injury.

Furthermore, most patients had satisfactory outcomes with a functional range of elbow motions. With regards to MEPS and Broberg-Morrey scores, more than 85% patients had good or excellent scores. These findings support our assumption, indicate that current surgical protocols made TTI much less terrible than before. The term ‘terrible’ was very eye-catching and rarely seen in other medical terminology. It somewhat reflects both

patients and their doctors and may cause unnecessary anxieties and negative attitudes in the rehabilitation period. On the basis of the planned behavior theory, behavior is dominated by the attitudes and beliefs that a person has concerning the potential consequences of the behavior [29]. Incompliance may be caused by discouragement and leads to a poor prognosis. Moreover, the attitudes and beliefs about health and illness held by doctors are important for the approach they take in treatments [30]. Therefore, in order to induce positive behaviors, we endorse the recommendation of Xiao et al. [31] that ‘the complicated triad injury of the elbow’ may be more suitable for the clinic.

Whereas, challenges still persisted and continued to affect the prognosis of TTI. The highest complications recorded in our review were heterotopic ossification and arthritis. The incidence of heterotopic ossification oscillated between 0-38%. Which were comparable to other studies [18, 32]. Recently, Yang published a meta- analysis summarizing several significant risk factors for heterotopic ossification, i.e. male gender, combined radius/ulna fractures, overall fracture dislocation, ulnohumeral fracture dislocations, terrible triad, floating elbow and delay from injury to surgery [33]. Given the frequency and clinical impact of heterotopic ossification, prophylactic approaches have been advocated, such as NSAIDs and low-dose radiation therapy. Arthritis is also a well-documented complication of the elbow injury. According to the Broberg and Morrey classification for assessment of arthrosis, most elbows only had grade 0 to 1 changes in our review. All of them were asymptomatic. Wysocki indicated that the main cause of post-traumatic arthritis is the initial injury, especially due to intra-articular fracture or malunion of fracture [34]. Severe post- traumatic osteoarthritis often leads to pain, heterotopic

ossification and loss of motion and function [35]. Hence, long-term follow-ups are needed to clarify whether advanced grades will occur.

Interestingly, with the knowledge of elbow biomechanics and new excogitation of implant has improved, more and more clinicians applied replacements to treat comminuted radial head fractures [36, 37]. Meanwhile, complications including resorption of the radial neck, loosening or overstuffing of the implants increased. The radial head plays a key role as a stabilizer against owing to the medial collateral ligaments is usually torn. Lengthening or shortening of the prosthesis will alter the pressure and kinematics of humeroradial joint, which can cause stiffness, pain or varus-valgus laxity of elbow [38]. Therefore, the learning curve should be noted to avoid oversizing and overstuffing the radial head prosthesis [39]. Radial head resorption was attributed to the stress shielding around the prostheses [40]. Recently, this has been reported as a common phenomenon and does not appear to affect the prognosis [11]. However, long-term researches are welcomed to illustrate the causes and the clinical significance of it. Moreover, surgery un-related factors like inadequate compliance, secondary injury and obesity constantly represented negative factors for prognosis. In our systematic review, limited or none compliance reported by 3 articles, resulted in 7 of 10 elbow stiffness and 3 of 11 subluxations [18, 19, 23]. Two dislocations being due to another fall happened after surgery [18, 19]. And Giannicola  attributed another two subluxations to the obesity of patients [18]. Anyway, all these complications and new challenges require more attention of clinicians.

Our systematic review has some limitations. Firstly, the strength of evidence is not of the highest quality due to all studies were retrospective. Secondly, the overall

number of patients was only 166, with average follow- up of 14.8-41 months. Several complications needed more time to observe their impact on the quality of life. Finally, because terrible triad injuries of the elbow were not sufficiently common, data of interest were not enough for analyzing separately according to the different type of fractures or soft tissue injuries. Which might affect both functional outcomes and complications. Therefore, long-term prospective articles with large sample would be welcome to validate our results.

This systematic review indicated that current surgical protocols made TTI less terrible as it used to be. However, challenges still persisted and remained it a troublesome injury to treat. Due to the surgery un- related factors like limited compliance, secondary injury and obesity constantly affecting prognosis, further refinements in postoperative management are required to improve outcomes. Besides, more attention needs to be paid to reducing prosthesis-related complications.

Conflicts of Interest and Source of Funding: Each author, their immediate family, and any research foundation with which they are affiliated did not receive any financial payments or other benefits from any commercial entity related to the subject of this article.

This study was supported by Wenzhou Science and Technology Bureau Project (Y20190270).