A 71-year-old woman, para 3, with menopause at 56 years of age, had a medical history of hypertension, type 2 diabetes mellitus, and dementia well control for 10 years, presented with progressive abdominal swelling for a month. Her surgical history showed a total knee replacement many years before and a gastrojejunostomy/enterolysis 5 years ago for duodenal ulcer. A left pleural effusion was found exact 12 months prior and the result of effusion culture showed no growth; cell block/cytology was unable to detect malignant cells. A pleural biopsy revealed granulation tissue with chronic inflammation and old hemorrhage. Physically, the abdomen was soft, markedly distended, with hypoactive bowel sounds. An abdominal ultrasonography showed prominent ascites, a large left ovarian tumor, irregular of 15 cm in size with calcification part. An abdominal computerized tomography confirmed the complex tumor (Fig. 1a) with some small nodules on the peritoneum, also. 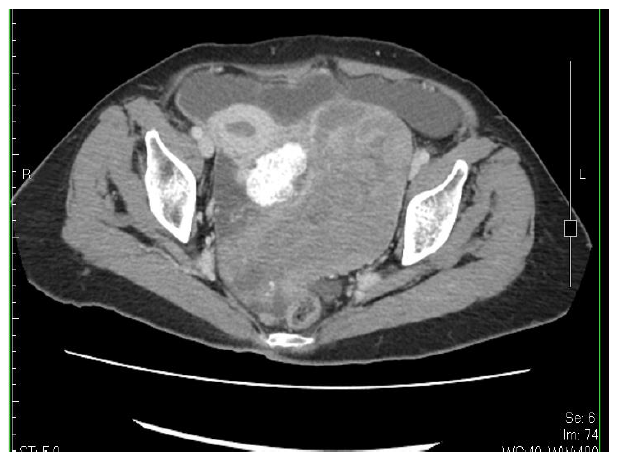 Figure 1(a): An abdominal computerized tomography showing a complex tumor of left ovary, most solid, with calcification part 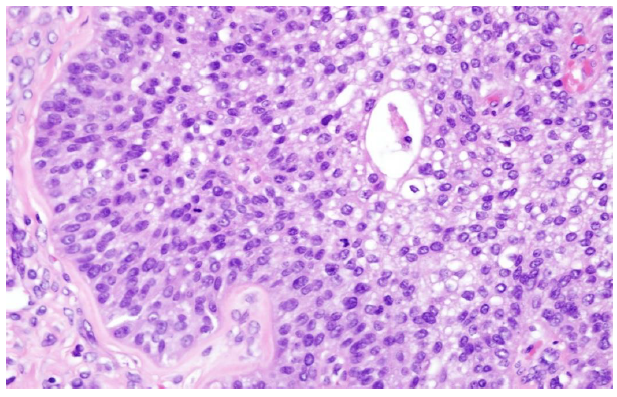 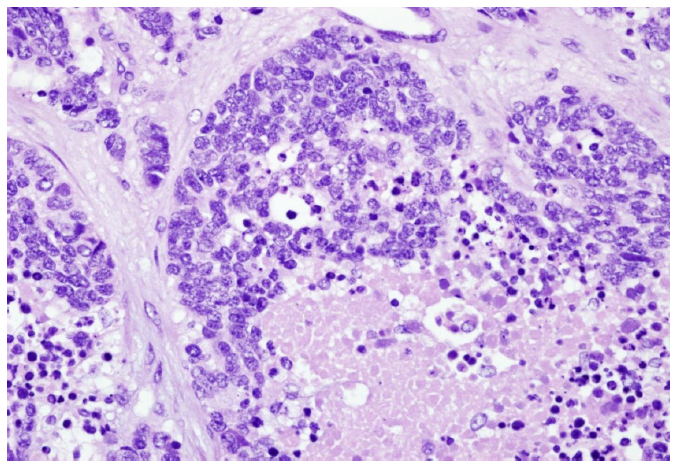 In a population-based study of MBT, between 1988 and 2012 from the National Cancer Institute Surveillance and Epidemiology End Results database, 207 patients were identified [2]. Median patient age was 65 years; the majority presented with unilateral, high grade tumors with a median size of 10 cm. Stage I, II, III and IV disease was noted for 55.4%, 14.4%, 18%, and 12.2% respectively. Only 5.1% had positive lymph nodes for metastatic disease; the authors concluded that lymphadenectomy was not associated with an improved five-year disease-specific survival (p=0.2) [2]. Of 13 cases of MBT at Selçuk University, Turkey, from 2004 to 2010, the median age was 55.69 years; the mean size of the tumors was 9.19 cm [3]. A total of 10 patients of MBT were found between 1991 and 2013 at Asan Medical Center, Korea. The median age was 55.5; the median size of the tumors was 10.5 cm [4]. Another 10 cases between 1999 and 2018 at University of North Carolina showed median age was 64; the median tumor stage IIa/IIb; 7 patients with adjuvant chemotherapy, and median progression-free survival of 37months [5]. Therefore, clinical stages of patients of MBT when detected vary, and are closely related to the prognosis, the same as with other malignancies.