A Rare Case of Acute Postrenal Failure after Prostate Surgery

In patients with acute ureteral obstruction, rapid increase in ureteral pressure results in dilatation of the ureter and intrarenal collecting system that usually may cause renal colic. Computed tomography and ultrasound are the gold standard to evaluate uretero-hydronephrosis. We report a case of a patient who underwent a robot-assisted radical prostatectomy for cancer and developed anuria in the immediate postoperative course without pain or hydronephrosis. Clinical and conventional imaging can be normal in case of acute post-renal failure.

Acute renal failure (ARF) appears in 0.8% in post-operative course after noncardiac surgery in patients with previously normal renal function (RF) [1]. Ultrasonography (US) or computed tomography (CT) are the imaging modalities of choice in the evaluation of ARF. Dilatation of the ureter and renal collecting system shown on imagery evaluation, should guide toward a post renal obstruction cause. Normal finding on imagery evaluation should lead to renal or prerenal causes [2]. In rare case, absence of dilatation of the urinary tract does not exclude the presence of obstruction [2]. We will discuss the etiology of non-dilatated obstructive uropathy (NDOU) and will propose a diagnostic and a management strategy.

A 69-year-old man underwent a radical prostatectomy (RP) and bilateral lymph node dissection by robot-assisted laparoscopy for localized prostatic adenocarcinoma. The preoperative RF was normal. Past medical history included arterial hypertension and hepatitis A. He presented an ASA status of II and a body mass index of 23 kg/m². The day after his surgery he developed an ARF grade 4 with glomerular filtration rate (GFR) at 23ml/’/1.73m2, oligo-anuria (100 – 500 mL/24h) and an anuria the days after (<100 mL/24h). A urinary tract US (UTUS) was performed and didn’t show any abnormality (Figure 1). The urinary and blood ionograms were not in favor of a functional origin. The urine sediment analysis, the negative urine culture, the 24 hours proteinuria and electrophoresis for protein assessment did not highlight an organic origin. Subsequent US and CT performed on the 2th and 3th post-operative days revealed no peri-renal infiltration or urinary tract dilatation (Figure 2). Clinically, the patient was hemodynamically stable without any vasopressor therapy and did not describe any para-lumbar pain. The lumbar shaking was negative bilaterally. Biologically, his RF deteriorated rapidly (Table 1). Two dialysis sessions were necessary on post-operative day 4th and 5th.

We performed percutaneous nephrostomy (PCN) on the right side on post-operative day 5th and on the following day on the left side. Prograde opacification detected an obstruction at the uretero-vesical junction without ureterohydronephrosis. Immediate diuresis followed those procedures. GFR was back on baseline on post-drainage day 3th and kept stable afterwards (Table 1). One week after PCN, we performed an endoscopic exploration. Two JJ stents were placed easily. The two ureteral meatus were away from the vesico-urethral suture. There was a significant inflammatory reaction with the presence of edematous tissues on the urinary bladder trigone, cause of the bilateral obstruction. JJ stents were removed after 6 weeks with a stable RF and no dilatation of the renal collecting system on UTUS. 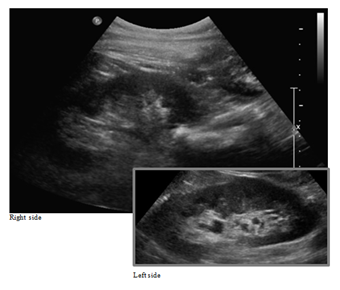 Figure 1: US performed on the first day after surgery. 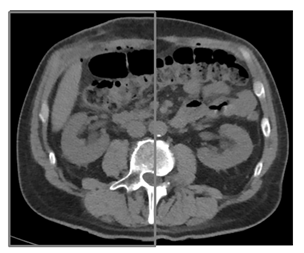 Figure 2: Reconstructed CT performed on the second day after surgery.

It is estimated that ureteric injuries happen in less than 0.05% of cases during robotic RP [3, 4]. ARF occurs less than <0.5% after RP surgery and in 0.9% with the need of interventional procedure (endoscopic, percutaneous or surgery) due to presence of obstructive mechanism. Around 4% and 5% of patients with an obstructive uropathy present a NDOU [2].We present a case of a patient with ARF and anuria after RP with NDOU. The combination of these two conditions is therefore exceptional.

To our knowledge, few results like this have been reported and none in a direct post-operative context of robotic RP without ligature of the ureters [2, 5, 6]. The more frequent aetiologia of bilateral ureteral obstruction is malignancy (80%) [5]. The benign causes (20%) are stones, retroperitoneal fibrosis, acute bleeding, papillary necrosis, infection, iatrogenic injuries, ureteral vasculitis, pregnancy and finally varia as complete scrotal urinary bladder herniation, detrusor hypertrophy or bladder wall oedema after surgery [5]. The latter case is usually described after hysterectomy but not after RP.

Hydronephrosis is usually the result of physiologic changes, linked to both duration and severity of obstruction [7]. There are imaging false negative tests, the so-called syndrome of NDOU. The exact cause of the absence of dilatation is not clear. Clinical conditions associated with the absence of hydronephrosis on US and CT-scan despite obstructed kidneys include acute early obstruction, the presence of retroperitoneal fibrosis, dehydration or septic shock [5]. Our patient was well infused and had normal vital parameters. The physiopathology could be an absence of increased pressure inside the cavities or a modification in the physical properties of the urinary tract wall – the parietal layer [2]. It could also be due to a particular morphology of the renal pelvis. The latter can be considered in our case. The renal pelvis was small, formed by the confluence of the calyces. This particular anatomic pattern was found in similar cases [2, 6]. Other factors as location, nature, acuteness of the obstruction could be considered as the cause of the absence of dilatation.

CT and US are both imaging modalities of choice to determine the location and the cause of a urinary obstruction [8]. MAG3-lasix scintigraphy is a noninvasive, widely available test that can evaluate renal function and urine transit in a single procedure [9]. This test is useful to affirm a urinary tract obstruction but do not locate this one. Antegrade pyelography is a good way to achieve opacification of the urinary tract. In our study case, the problem was the pain felt by the patient when injecting the contrast. This approach allows the placement of nephrostomy or antegrade JJ stent with success rates of up to 95% [10]. Endoscopic exploration with retrograde pyelography allows both determine the location of the obstacle and set up ureteral retrograde catheter. In our case, the operation was easy but can be complicated in oncological cases with success rate of around 50% [10]. Given the intraoperative diagnosis of local edema, administration of corticosteroids could have been beneficial.

Acute renal failure after radical prostatectomy with a non-dilatated obstructive uropathy is rare. When ARF develops in a setting with a high probability of ureteral obstruction, this diagnosis should be vigorously pursued despite absence of clinical symptoms or normal radiologic results. A small pelvis formed by the confluence of the calyces could be an anatomical characteristic related to the absence of hydronephrosis. Left undiagnosed, this potentially reversible cause of renal failure can lead to end-stage renal disease.

All authors disclose any financial and personal relationships with other people or organizations that could inappropriately influence (bias) this work.

The patient has given their written informed consent to publish their case.