FAM20A is a Protein Coding gene. It acts as an allosteric activator of the Golgi serine/threonine protein kinase FAM20C and is involved in biomineralization of teeth. A novel homozygous deletion mutation in exon 11 of FAM20A has been described in five members from a large consanguineous Bedouin family, all five with hypoplastic-hypocalcified AI and unerupted and crown resorbed permanent molars, a very rare phenotype. Deciduous mandibular canines and first molar, and maxillary first and second molars of an affected girl were compared to normal pair-matched teeth. Slices of the teeth were examined using SEM, and the ion content of enamel and dentine was determined using Energy Dispersive X-ray Spectrometer (EDS). The deciduous teeth showed missing enamel and the dentin was hypercalcified with very few open tubuli. Calcium and phosphorous percentages were reduced by 45 % in the enamel, and extensive apposition of secondary dentin and calcification of the pulps was observed. The permanent dentition showed impacted molars, premolars and canines with hypoplastic enamel and reduced dimensions of the erupted teeth. The mutation of FAM20A caused a peculiar type of AI with very thin amorphic enamel, infraoccluded deciduous teeth and impacted permanent canines, premolars and molars.

Amelogenesis Imperfecta (AI)(MIM#301200) represents a broad spectrum of congenital disorders which present with a rare abnormal formation of enamel in both primary and permanent dentition. AI is due to the malfunction of the proteins in the enamel as a result of abnormal formation via amelogenesis [1-3]. It is the oldest hereditary disorder affecting enamel, observed in early hominins. It has been described in a Homo erectus child from Melka Kunture, Ethiopia (Garba IV) dated to circa 1.5 MY [4] and possibly as pitted AI in Paranthropus [5]. The defects in AI are classified according to their clinical appearances: Type 1: hypoplastic, Type 2: hypomaturation, Type 3: hypocalcified and Type4: hypomature-hypoplastic enamel with taurodontism [6]. The mildest problems occur in the pitted hypoplastic type whereas the most severe are encountered in the hypocalcified type of AI [7]. Hypoplastic AI is characterized by thin but fully mineralized enamel or even complete absence of enamel that results from failure during the secretory stage. Hypomaturation AI is caused by incomplete removal of protein from the enamel matrix and results in brittle enamel. Hypocalcified AI is characterized by insufficient transport of minerals into the developing enamel and results in soft enamel. The mean enamel mineral content in hypomature and hypocalcified AI is reduced, while in the hypoplastic variant, enamel mineral content is normal [8]. The hypocalcified AI may be caused in part by malfunction of matrix protein degradation genes (MMP20 and KLK4) during the apposition and maturation phases [9].

The FAM20 family contains three separate subfamilies which are referred to as FAM20A (NM_017565.3), FAM20B (NM_014864.3) and FAM20C (NM_020223.3) in humans [10]. FAM20A (FAM20A Golgi Associated Secretory Pathway Pseudokinase) is a Protein Coding gene. It acts as an allosteric activator of the Golgi serine/threonine protein kinase FAM20C and is involved in biomineralization of teeth. It forms a complex with FAM20C and increase the ability of FAM20C to phosphorilate the proteins that form the matrix that guide the deposition of the enamel minerals. FAM20A is expressed in secretory ameloblasts, maturation stage ameloblasts, suprabasal cells of the gingivae, odontoblasts, and dental pulp cells, indicating that FAM20A plays a fundamental role in enamel development and gingival homeostasis. Ameloblasts express FAM20A during the secretory stage, consistent with hypoplastic AI phenotype (type AI1g) [11]. All FAM20A mutations causing AI described to date are found in autosomal recessive forms. Most mutations lead to transcript degradation as a result of premature stop codons or alteration of splice sites [12, 13]. Autosomal recessive missense mutations in FAM20A have been found in association with gingival fibromatosis and as part of the enamel renal syndrome [11]. Both syndromes are phenotypic variants of the same condition and are termed ERS (OMIM#204690) [14]. A novel homozygous deletion mutation in exon 11 of FAM20A (an A>T substitution followed by a single base deletion) has been described in five members from a large consanguineous Bedouin family, all five with hypoplastic-hypocalcified AI and unerupted and crown resorbed permanent molars, a very rare phenotype [15]. We compared the ultrastructure and mineral content of deciduous teeth from the girl with autosomal recessive hypoplastic AI due to missense mutation of FAM20A to match-paired normal deciduous teeth.

Sixteen years-old girl (AS) from the Bedouin family, with the novel homozygous deletion mutation in exon 11 of FAM20A, was examined and treated at a pediatric dental clinic, with a major complaint of "ugly teeth". Apart from the dentition pathology, her medical history and physical examination were normal. Intra oral examination revealed erupted permanent teeth with reduced mesio-distal and bucco-lingual dimensions, with no observed enamel and with yellow discoloration (Figure 1a-b). The panoramic view (Figure 1c) showed very thin enamel on the unerupted second molars and premolars, missing enamel on the deciduous teeth, infraoccluded deciduous primary molars and impacted ankylosed permanent canines, premolars and second molars. The pulp of the deciduous teeth showed massive calcification. The final diagnosis was hypocalcified-hypoplastic Amelogenesis Imperfecta with unerupted permanent teeth and crown resorption. The final treatment included extraction of all deciduous teeth, filling the gaps with artificial bone and restoration of occlusion with ceramic fused to metal crowns (Figure 1d). 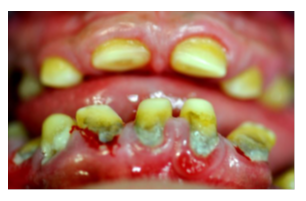 Figure 1a: Clinical appearance of the teeth of the girl with FAM20A mutation, front view.

Note the yellowish color due to hypoplastic enamel and the reduced dimensions of the teeth. 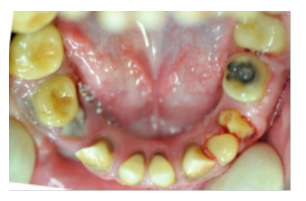 Figure 1b: Clinical appearance of the teeth of the girl with FAM20A mutation, lower jaw. 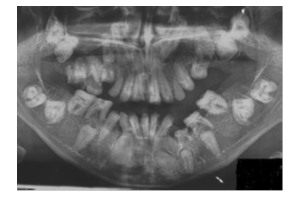 The deciduous teeth were extracted, artificial bone substrate was inserted in the locations and ceramic fused to metal bridges were cemented. 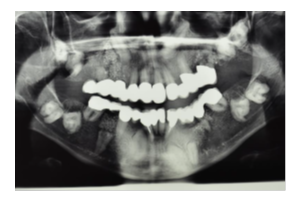 Figure 1d: Panoramic X-ray at the end of the treatment.

The teeth examined were the mandibular deciduous canine and first molar and maxillary deciduous first and second molars. The teeth were extracted during routine dental treatment and matched pair teeth from normal healthy children were collected after extractions during orthodontic treatment or after normal exfoliation. The parents gave their verbal consent to donate the teeth to the clinic. The teeth were invested in epoxy resin (Epofix Resin, Struers Co, Cleveland OH, USA) and sliced along a bucco-lingual plane parallel to the long axis of the tooth using an Isomet 1000 (Buehler Co, IL, USA). The deciduous canines were sectioned through the cups tip, and the deciduous first and second molars were sectioned through the mesial cusps. The sections were then examined using a scanning electron microscope (SEM, FEI, Quanta 200, Oregon, USA) under high vacuum mode, without coating.

Using Energy Dispersive X-ray Spectrometer (EDS), ion analyses were carried out for enamel and dentine. The

location of the ion analyses was identical in FAM20A and normal teeth. The relative ion concentrations were determined from a 150x150 microns rectangle with a minimum of 8000 counts.

A very thin amorphous enamel layer was detected on the deciduous mandibular affected canine on the buccal surface close to the CEJ (Cemento-Enamel Junction) (Figure 2a) in comparison with a deciduous canine from a healthy girl (Figure 2b). No enamel layer was observed on the affected deciduous molars. A first deciduous affected molar (Figure 3a) was compared to a normal tooth (Figure 3b). The crown of the affected deciduous canine and molar showed an extensive secondary dentine formation and a distinctive breakdown line between the primary (D1) and secondary dentin (D2). On the deciduous canines full obliteration of the pulp canal occurred (D3) and in the molars a small residual pulp chamber could be observed. SEM images of enamel and dentin of affected canine (Figure 4a) and first deciduous molar (Figure 5a) is shown in comparison with match-paired normal teeth (Figure 4b, 5b).

Examination of the SEM images at high magnification showed major differences in both enamel and dentine development between the normal and affected deciduous teeth. In the normal enamel (Figure 4b) the prisms are arranged regularly, with large inter-prismatic layer between them, while in the deciduous canine from the affected girl the enamel is aprismatic and amorphous (Figure 4a). In normal dentine the tubuli form a regular orderly pattern (Figure 5b), in comparison with very few open tubuli and hypercalcified dentine in the affected canine (Figure 5a), and pulp calcifications (Figure 5c). Similar results were observed for the affected second deciduous molar. 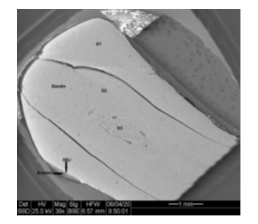 Figure 2a: SEM figure of the slice of affected mandibular deciduous canine. 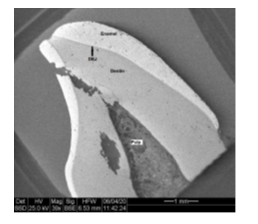 Figure 2b: SEM figure of the slice of normal deciduous canine.

Note total missing of enamel, the massive apposition of secondary dentin and calcifications of the pulp chamber. 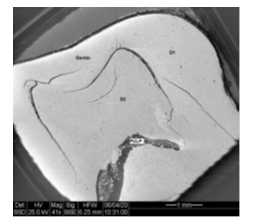 Figure 3a: SEM figure of first deciduous molar the girl affected by mutation of FAM 20A. 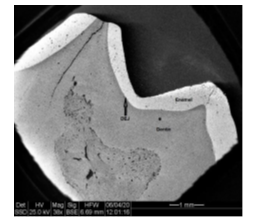 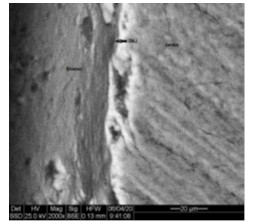 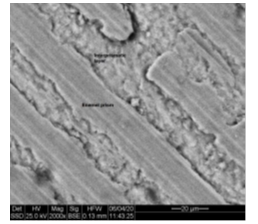 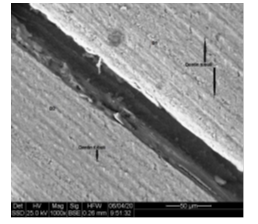 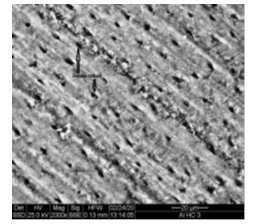 Note: Total obliteration of the pulp chamber and no dentin tubuli. 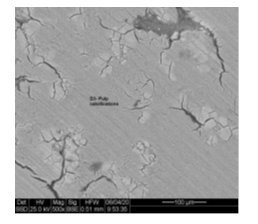 FAM20A is expressed in mice ameloblasts only during the secretory stage and in the odontoblasts. In FAM20A knockout mice, the enamel resembles human hypoplastic AI, leading to pitted, thin and disorganized enamel detached from the DEJ, but without apparent dentine defects [17, 18]. It differs from the case described here where the enamel was amorphous, very hypoplastic and hypomineralized in the deciduous canine and molars, and the dentine was hypermineralized. A large amount of secondary dentin was laid and a significant pulp calcification occurred. The dentin tubuli were occluded.

Energy-dispersive X-ray spectroscopy, (EDS), was used successfully to analyze differences in chemical characterization between healthy teeth and Down's or CP teeth and to analyze the effect of dental materials on chemical composition of enamel or dentine [19, 20]. The relative ion content in the enamel (in MW%) of the affected deciduous canine showed a significantly reduced calcium and phosphorus and increased carbon and oxygen content. The results differ significantly from the results described for a deciduous molar with AI in a FAM83H mutation where the calcium and phosphorus content was even lower [16]. The hypercalcified dentine described here, in FAM20A deciduous teeth is similar to the results observed in hypocalcified AI [21].

We want to thank Roxana Golan from the Isle Katz Institute for Nanoscale Science and Technology, Ben Gurion University of the Negev, Beer-Sheva for the work on the SEM and the EDS analysis of the ions content.