Drastic Measures, The Scandinavian Way. How Effective Has the Shutdown Been?

Citation: Biljana Stangeland. Drastic Measures, The Scandinavian Way. How Effective Has the Shutdown Been?. Archives of Clinical and Medical Case Reports 5 (2021): 832-837.

Strict measures that were implemented in Scandinavia in order to prevent the spread of COVID-19 have put strains on the economy and immobilized the normal functioning of society. Never before has the modern world seen widespread travel bans, closed borders, home working, and shutdowns of schools and kindergartens.

But does it work? Is it possible to follow infection trends in real-time so that the politicians can make well-informed decisions in order to contain the pandemic? Here is how we can closely monitor trends that otherwise may not be apparent from the standard statistics of cases. By measuring the increase in doubling time, an indicator of how quickly the number of cases is multiplying, we can gain an important insight out of COVID-19 epidemiological data. The initial set of first results after the shutdown of Scandinavian countries are encouraging, showing a trend towards slower growth. However, this can be reversed if the regime that is in place now is abandoned too early. Premature optimism can be very costly. Therefore, it is important to monitor the trends that can correctly predict future outcomes.

2. The Most Drastic Measures Since World War II

The COVID-19 outbreak, which started in China in December 2019 spread rapidly to the rest of the world, particularly throughout Western Europe and consequently reaching Nordic countries, by the end of February 2020. Nordic and Scandinavian countries, Finland, Norway, Denmark, Sweden and Iceland, are typically associated with high standards of living, high investment in the public health sector and low population density.

In Norway and Denmark, the first cases of COVID-19 were confirmed on the 26th of February, with Iceland following a few days later. Although Finland and Sweden reported one case each a few weeks earlier, new cases began to increase in parallel with Norway and Denmark from the 26th of February. Unlike some central European countries, such as France, Germany and the UK, which reported moderate spreading of COVID-19 during February, the number of cases in Scandinavian countries had grown rapidly from the very start (Figure 1A). By the beginning of March, Iceland and Norway were topping the European statistics with the highest infection rates (number of confirmed cases per number of inhabitants). A few weeks later, these two countries were topping the global statistics together with Italy, Switzerland and Spain with some of the highest infection rates.

In order to deal with the COVID-19 outbreak, on the 12th of March 2020 the Norwegian government implemented the most drastic measures since World War II. Schools and kindergartens were closed, flights were cancelled, public gatherings were postponed and citizens with symptoms were advised to self-quarantine for 14 days. Citizens that had been abroad were required to stay at home with their families for 14 days. On the 16th of March 2020, the country was officially shut down for travel and the borders were controlled. Denmark implemented even stronger measures, with many shops being required to close as well. In Norwegian capital Oslo, pubs and restaurants are still open, although with a much lower number of visitors than usual. In Norway, companies that could move their employees over to home office were advised to do so. Iceland and Finland implemented similar measures, while Sweden closed some, but not all, schools. Sweden also recently introduced travel bans.

What is the impact of shutting down society and encouraging social distancing on the spread of the disease? Are these measures effective?

Although the number of confirmed cases is in the range of 2000 for Norway, Sweden and Denmark, and 500 for Iceland and Finland (Figure 1A), there is a fear of a lurking “Italian scenario”. Norway has now passed 2400 confirmed cases with 8 deaths (23rd March 2020). The preliminary mortality rates, that indicate the severity of the disease, are currently relatively low for Nordic countries, approximately 1 % or less. According to the Norwegian Institute of Public Health, the majority of confirmed COVID-19 cases were imported by a group of 1000 ski tourists that had returned at the same time from Italy and Austria. This created an “instant explosion” of cases, without being able to confirm a “Patient Zero”.

Statistics following the cumulative number of COVID-19 cases, plotted day for day, does not enable an easy comparison between countries with different population sizes. Moreover, due to steep growths, exponential curves are difficult to compare against each other (Figure 1A). The comparative analysis is therefore performed on the curves representing infection rates and logarithmic scales for better visualization and modelling. Figure 1B shows infection rates for Scandinavian countries when compared to other west European countries. For reference, the statistics for China, Singapore and South Korea were also included.

From the onset of the epidemic in the Nordic countries to the middle of March, COVID-19 infection rates were similar to those of other West European countries (Figure 1B). This appears to be moderately changing now (Figure 1C). There is an ongoing trend in all Nordic countries that points towards fewer new cases. However, this trend is not easy to follow by looking only at the curves (Figure 1C). In order to be able to follow trends that last for periods of 5-10 days, it is necessary to calculate doubling time (DT). The DT is typically calculated for the growth curves that show exponential growth, in this case curves showing cumulative number of COVID-19 cases day by day. DT here represents the time, in days, it takes before the number of cases, in a certain country or area, doubles.

A weakness of this and several other studies that are based on publicly available COVID-19 data sets is data quality. Although the data is curated by the ECDC (https://www.ecdc.europa.eu/en) and quality is ensured by reporting against the same time of day, small errors in data sets will not be possible to detect. There may be also faults in testing COVID-19, as many countries are experiencing difficulties due to a shortage of test kits and a strain on institutions and personnel, which may influence the number of reported cases. South Korea and Norway have both performed a high number of tests. Testing levels in other Scandinavian countries are assumed to be at levels comparable to other West European countries. It is also assumed that the testing routines have been stable for longer periods of time and only change from time to time.

5. Doubling Times are Doubling. Should We Feel Optimistic?

During the current epidemics tremendous efforts have been made to contain it. The DT values are therefore expected to change during the course of time. Shift towards higher DT values will indicate that the applied measures have been efficient. Figure 1D shows nested DT values during the exponential growth, comparing Nordic countries with Western Europe and South Korea. The trend in Nordic countries that started shortly after implementing the extraordinary measures for containment of the epidemic on the 12th of March is positive. The increase in DT values is evident in all Nordic countries, especially Denmark. In this country DT changed from 2 to 10 days during few weeks.

Should these results make us feel optimistic about the potential outcomes of COVID-19 in Nordic countries? It is still too early to tell. The results support the notion that the decrease of DT in Scandinavia could be the result of governments implementing strict social-distancing measures. The evidence suggests that all Nordic countries which implemented the measures experienced the same trend, which strengthens the hypothesis that the measures are successful. A divagation to this is Iceland, where the positive trend towards reduction in the number of new infections started slightly earlier. Another significant factor that may be influencing these outcomes is that certain restrictive measures were already in place in Norway before the 12th of March 2020. People began working from home, and travel activities were reduced even before the implementation of official measures.

However positive and encouraging these findings are, it is clear that the DTs in Nordic countries are nowhere close to the corresponding values on the South Korean curve. The exception is Denmark which had DT values of approximately 9-10 days and seems to be fighting the epidemics most strictly. In order to drastically reduce the number of infections in the same way South Korea did, there needs to be more effort on the part of Nordic countries. Should these countries attempt to replicate South Korean example more accurately, the measures currently implemented need to be augmented by more COVID-19 testing, and more widespread use of face masks (which are currently not available).

With the exception of the web-based system for self-registration that was implemented in Norway, there is no other way to surveil potential spreaders of the virus. The approach that governments are taking to mitigate the epidemics is currently highly dependent on citizen-consciousness, social distancing and good hygiene. Politicians are appealing to and depending on citizens to be aware of their actions as a way of protecting the whole society. It remains also to be seen how the lack of personal protection equipment (PPE), such as face masks, will influence and potentially encourage the spread of COVID-19 in the hospital and health workers in general.

The experience of the Eastern Asian nations indicates that the increase in DT values suggests a favorable scenario with less fatalities. However, there are exceptions; Germany, with average DT below 3 days and 22,000 infected and 84 registered fatalities, has one of the lowest mortality rates of 0.3%. In comparison, mortality rates in Italy and UK are 9% and 4.6% respectively. The German exception is likely due to the extensive testing and highly efficient healthcare system in the country. However, there are limitations even to the best systems. A high number of critical patients combined with reduced personnel can overwhelm any country’s healthcare system.

The pleasant Spring weather of the past few days appears to have encouraged many people in Oslo to venture out to city parks and neighboring forests and recreation areas. Collectively, nobody is wearing masks, people are crowding together and not practicing social distancing. Will this behavior reverse the positive trend that has been building for the past week? From here it can go both ways. Is it going to get worse before it gets better?

This work is based on the medRxiv publication by Biljana Stangeland [1]. For further details see Stangeland B (2020) and references therein[1]. 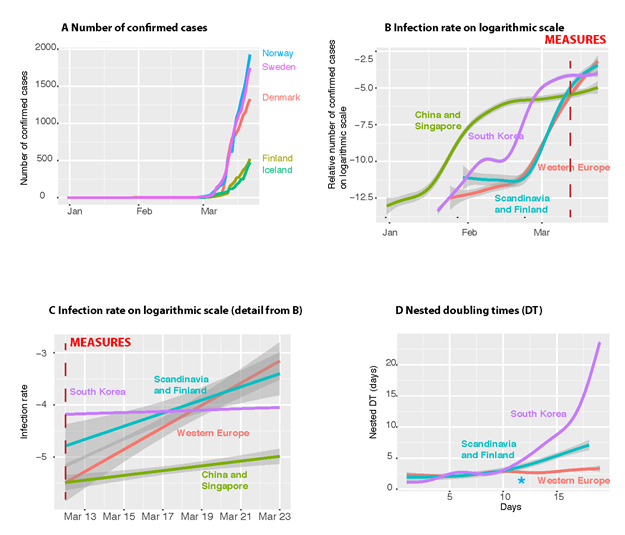 Figure 1B: Logarithmic values of the infection rates

Figure 1D: Nested DTs plotted day for day. Each DT value was evaluated from a linear model encompassing the start date and the five consequent days. Day 1 in this analysis is approximately the first day of exponential growth. Day 1 in most countries in this study corresponds to Day 60 of the ECDC data set, which was the 29th of February. The exceptions are South Korea (50), Italy (54), Spain (56) and Germany (59). Day “0” in the ECDC data set is the 31st December 2019. The asterisk indicates the onset of COVID-19 measures in Norway.