1Department of Otolaryngology and Head and Neck Surgery, The University of Tokyo, Tokyo, Japan

Magnet dislocation (MD) is a serious concern for cochlear implant users. The frequency of magnetic resonance imaging (MRI) examination is much higher in Japan than in other countries, which may be a major problem for cochlear implant users. Here, we report two cases in which 1.5T MRI caused severe pain and MD of the cochlear implant. Both patients received cochlear implants manufactured by Cochlear Ltd., which are compatible with 1.5T MRI. Both patients experienced MD; in one case, manual fixation was attempted. Radiography revealed that the magnet seemed to be successfully fixed; however, ultrasonic echo indicated dislocation, and the magnet was finally fixed surgically. In the other case, the cochlear implant was surgically replaced because the original implant had a cracked silicon bed. Ultrasonic echo was a useful tool for visualizing the precise location of the magnet. Even when a magnet is successfully repositioned by manual fixation, the possibility that the silicon bed is also seriously damaged remains. Surgical fixation of the magnet is recommended to investigate whether or not the silicon bed is damaged, especially for patients who need to undergo repeat MRI examinations for follow-up.

Cochlear implant (CI) is one of the most successfully used implant devices and is provided to patients with profound or severe sensorineural hearing loss. Patients with CI were previously unable to undergo magnetic resonance imaging (MRI) examination. However, recent improvements in CI technology have made it possible for CI users to undergo MRI, although guidelines for MRI vary depending on the CI manufacturers. Currently, patients with CI are allowed to undergo examination with 1.5T MRI, but complications associated with MRI, such as pain, discomfort, and dislocation of the magnet, have been reported [1]. Magnet dislocation (MD) after MRI, whose risk was reported approximately 6.5% [2], can cause pain, swelling, and sound-processor connection failure. Moreover, leaving a dislocated magnet may cause the magnet to break through the skin [3] and cause an infection [4], resulting in implant removal [5]. Therefore, early detection of MD and subsequent repositioning of the magnet is required. When the magnet is partially dislocated, manual repositioning without skin incision may be attempted. When the magnet is completely dislocated or when manual fixation of the magnet has failed, surgical repositioning is required.

A 76-year-old man with profound bilateral sensorineural hearing loss underwent right cochlear implantation in 2017, and CI522 (produced by Cochlear Ltd. based in Australia) was successfully implanted. One and a half years after the surgery, he underwent endoscopic laminectomy for cervical spondylotic myelopathy. Four days postoperatively, a cervical 1.5T MRI was performed to follow-up on the surgery. The MRI examination was performed with the patient wearing a head bandage. Cochlear Ltd. provided the instruction that a splint should be placed over the magnet, with an elasticized compression bandage wrapped around the head at least twice. Although we did not use the splint, the elasticized compression bandage was wrapped more than twice to prevent MD of the CI. Immediately after MRI examination, however, he complained of pain and swelling in the right temporal region where the CI was implanted. Additionally, the speech processor coil could not connect to the implant. Head radiography revealed partial dislocation of the CI magnet. Initially, manual repositioning without skin incision was attempted to return the magnet to its proper place. After manual fixation, the pain and swelling reduced. The magnet appeared to be at the proper position in a second head radiograph, and the patient could wear the implant. However, remaining dislocation of the magnet was suspected with UE (Figure 1). 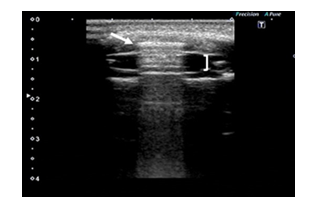 Figure 1: The magnet (arrowhead) was not within, but on the silicon bed (bracket).

High resolution computed tomography (CT) with 3D reconstruction confirmed that the magnet was still dislocated. Five days after the MRI examination, we surgically repositioned the magnet with a half circumferential skin incision around the receiver (Figure 2). 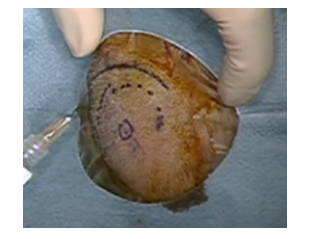 Figure 2: The surgical procedure was planned around the upper half of the silicon bed in case 1.

No cracks in the silicon bed were detected, and some effort was needed to reposition the magnet due to the tight silicon spacing. Postoperatively, the pain and swelling disappeared and the patient started using the CI 20 days after surgery.

A 6-year-old boy with bilateral cochlear implants (Right: CI24RE, Left: CI422, produced by Cochlear Ltd. based in Australia) owing to congenital sensorineural hearing loss because of GJB2 gene mutation, experienced Fanconi anemia. A 1.5T MRI was conducted to rule out central nervous system lesions such as malformation. In this case, we had followed the manufacturer recommendations [2]. Before the MRI, the CI was fixed with elastic bandages and a splint (cardboard) to prevent MD. The MRI was conducted in the seated position. During the MRI, the patient woke up and the examination was terminated. The day after the MRI, the patient’s family noticed swelling around the right CI. Radiography was performed and partial MD was detected (Figure 3). 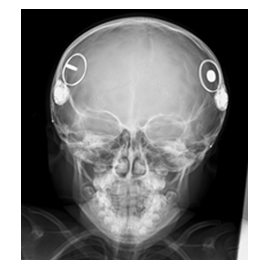 Manual repositioning was suggested as an initial treatment option, but surgical replacement of the magnet was performed, as requested by the patient’s family, to check for damage to the implant. A post-auricular incision along the existing skin incision (Figure 4) was chosen while preparing for CI replacement. During the surgical procedure, the magnet was easily returned to the correct location. 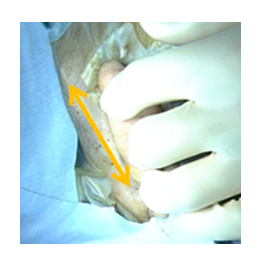 Figure 4: A post-auricular incision along the existing skin incision was selected.

However, careful inspection revealed a crack of the silicon. As MRI needs to be performed frequently in the future for follow-up on the Fanconi anemia, we decided to replace the implant with a new device. After removing the original implant, we discovered that the silicon bed behind the magnet was completely cracked.

Here we report two cases of MD caused by 1.5T MRI. In the first case, the magnet appeared to be successfully repositioned according to local findings and X-ray imaging after manual repositioning; however, UE revealed that the magnet remained displaced. The magnet was surgically repositioned, but it was not easily returned to the silicon bed. In the second case, a surgical procedure was initially performed, and the magnet was easily repositioned, but careful inspection revealed that the silicon bed was cracked. Hassepass et al. [6] reported that 1.23% of CI recipients who underwent MRI needed surgery to remove or replace magnets and that approximately half of them had been using appropriate head bandages during the 1.5T MRI.

Cochlear Ltd. provides a guideline for performing MRI and supplies a bandage and splint kit for MRI examinations. They advise that the splint should be placed over the magnet, with an elasticized compression bandage wrapped around the head at least twice. In the first case, the Cochlear Ltd. guidelines were not fully followed [2] as the splint was not used. However, in the second case, although we did not use the bandage and splint kit provided by the manufacture, we did place a splint in the correct location and the bandage was rapped more than twice. These indicate that, even when using the appropriate head bandage protection method, the risk of MD and the necessity of the MRI should be carefully discussed with patients and their family before examination.

MD has mostly been detected with radiography [7, 8]. When the magnet is displaced far from the receiver or when the magnet direction is not parallel to the receiver, MD can be easily diagnosed. In our first case, the magnet was almost perpendicular to the receiver after MRI examination, making diagnosis of MD easily with radiography. After manual repositioning, the magnet was oriented parallel to and just outside the receiver, thereby appearing properly repositioned on subsequent X-ray imaging. A decrease in pain and reduction in swelling was also suggestive of the magnet returning to the correct position. In this situation, UE showed the depth relation between the magnet and the receiver, which clearly indicated the failure of the manual repositioning. This indicates that there is a possibility of misdiagnosis of MD with X-ray imaging alone. High resolution CT, especially with 3D reconstruction, can confirm precise magnet location. Indeed, we could see the dislocated magnet just outside the receiver using 3D-CT. Considering the cost and time effectiveness and necessity of radiation exposure, however, initial screening using UE is more practical.

We encountered two CI patients with MD caused by exposure to 1.5T MRI. Even when the magnet appears to be replaced in the correct location after manual fixation upon X-ray imaging, there still remains a risk of MD above the silicon bed. UE can be useful for determining the dislocation of the magnet. Surgical exploration of the implant is recommended to investigate whether the silicon bed is damaged, especially in patients who need to undergo repeated MRI examinations. Additionally, when planning the incision, it is better to keep in mind the need for future replacement surgeries for the cochlear implant instead of using the incision recommended by the manufacturer.