In this case of adult onset neuronal intranuclear inclusion disease (NIID), we will explore the clinical and pathological features of NIID as well as its medical imaging and histological features. The patient presented with tremor, cognitive impairment, and paroxysmal disturbance of consciousness. Diffusion-weighted imaging of cranial magnetic resonance showed high signal intensity of ribbon-like distribution at corticomedullary junction. Additionally, fibloblasts, vascular endothelial cells, and intranuclear inclusions were found on histological specimens of skin biopsy. This case suggests adult onset NIID is a disease of chronic neurological degeneration with high heterogeneity, which can be diagnosed by characteristic MRI DW1 ribbon-like high signal and eosinophilic intranuclear inclusions under electron microscopy.

Neuronal intranuclear inclusion disease (NIID) is a rare neurodegenerative disorder characterized pathologically by the presence of eosinophilic intranuclear inclusions in neuronal and glial cells. It has been considered to be a heterogeneous disease entity because the clinical pictures of previously described cases were highly variable [1]. Patients with NIID present with a variety of symptoms including pyramidal and extra-pyramidal signs, ataxia, dementia, epileptic seizure, peripheral neuropathy and autonomic dysfunction. Head magnetic resonance imaging (MRI) and skin biopsy have important value in diagnosing NIID. The case is reported as neuronal intranuclear inclusion disease (NIID) with main clinical features including tremor, cognitive impairment and paroxysmal disturbance of consciousness. We analyzed the clinical and pathological features as well as medical imaging in order to raise awareness of NIID.

Mrs Luo is a 76 yo female with a history of tremor and paroxysmal disturbance of consciousness who was admitted to hospital with two days of confusion and difficulty communicating on Feburary 20, 2019. The tremor began in 2006. Initially, it was in the upper extremities, and the symptoms became aggravated when she carried objects by hands. Occasionally, it happened in the lower extremities, and it fluctuated. She also had impaired memory, mainly recent memory impairement, including being forgetful, without a sense of place. In May 2011, she felt disturbance of consciousness and rambling in her speech with feverish sensation but without paralysis and convulsion. She was afebrile, with normal blood sugar and blood pressure. The above symptoms continued to disappear for about 1 day. Since October 2011 she had recurrent disturbance of consciousness which manifested the above-mentioned symptoms, rambling in her speech, as well as sensory hallucination and being unable to communicate with others after feeling feverish sensation. The symptoms last 4 days, then improved spontaneously, but her memory degraded. The symptoms would require up to five times each year, and she had been admitted to the local hospital for more than 10 times without a proper diagnosis.

On Feburary 20, 2019, she was reported feverish sensation, confusion of consciousness, difficulty articulating speech and communicating as well as urinary incontinence, no limb weakness, no seizure and movement disorder.

Her brother and niece had upper limb motor tremor. 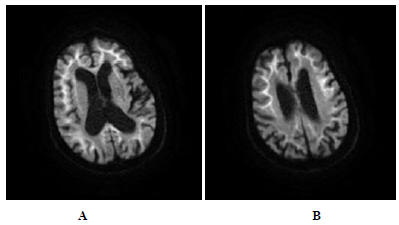 Figure 1A and B: Cerebral magnetic resonance DWI showed bilateral symmetry ribbon-like high signal distribution at the junction of the frontal, apical, temporal and occipital lobe (Figure 1A and 1B). 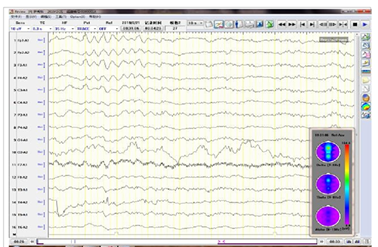 Figure 2: EEG of the anterior head of both sides saw the 3-4 Hz slow wave in the burst.

Skin biopsy light microscopy: "right calf skin biopsy": skin tissue examination: hyperkeratosis of the epidermis, thickening of the local acanthosis, papillary projection, collagenization of the superficial dermis (Figure 3); electron microscopy: a few fibroblasts, vascular endothelial cells, circular inclusion bodies in the nucleus of cells, and the size of each was unequal, with a diameter of 0.2-0.6 μm and a circular non-enveloped filament structure (Figure 4). Uroelectron microscopy: Partially exfoliated cells of the urine were ruptured, and no typical inclusion body-like structure was found in the residual nucleus and leukocyte nucleus, individual small nerve bundles could be seen, and the density of myelinated nerves is reduced (Figure 5A, 5B). 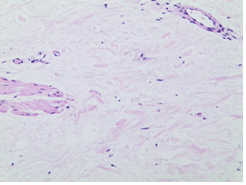 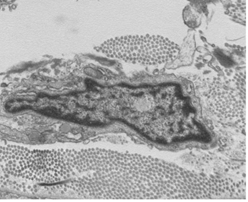 Figure 5: Uroelectron microscopy: Partially exfoliated cells of the urine were ruptured, and no typical inclusion body-like structure was found in the residual nucleus and leukocyte nucleus, individual small nerve bundles could be seen, and the density of myelinated nerves is reduced.

3. Treatment and Evolution of the Disease

symptomatic supportive treatment was given after admission. On the third day, the patient's consciousness was cleared and she began to understand other people's speech. On the 6th day of admission, the patient was able to take care of herself but still had memory loss. Neurological examination: clear speech, bilateral pupils, and other large circles, D ≈ 2.0 mm, light response, eye movements, limb muscle strength, muscle tension normal, Romberg's sign positive. MMSE score: 14 points.

NIID is considered to be a heterogeneous disease with highly variable clinical manifestations, including neuropathy, cerebellar ataxia, and dementia [2]. In 2003, Takahashi Fujigasaki [1] classified NIID into infant type, adolescent type and adult type according to the age of onset, and was divided into sporadic and family type according to hereditary methods. In adult-onset NIID, most cases are diagnosed at 60 to 70 years of age [3].

Our patient showed tremble, cognitive impairment, paroxysmal disturbance of consciousness, and autonomic nerve damage, similar to the tremor seen in dementia with Lewy bodies (DLB). The patients with DLB could present fluctuating cognition, visual hallucinations, REM sleep behavior disorder, signs of parkinsonism, and autonomic dysfunction [4]. However, REM sleep behavior disorder is not seen in this case. Parkinson’s disease dementia (PDD) starts as a movement disorder, but progresses to dementia and changes in mood and behavior [5]. However, our patient starts as tremble, but no other movement disorder. Dementia can also caused by Alzheimer’s disease, vascular dementia, normal pressure hydrocephalus [6]. However, symptoms including tremble, paroxysmal disturbance of consciousness, and autonomic nerve damage are rarely seen in dementia caused by the above-mentioned diseases. Paroxysmal disturbance of consciousness may mimic delilium. But with careful assessment and history, we can exclude delilum caused by uninary tract infection, hypoglycemic encephalopathy, Lupus erythematosus encephalopathy, side effect of a medication, withdrawal from drugs [7].

Sone et al. [8] reported that high signal intensity in the corticomedullary junction in DWI was a highly characteristic finding in NIID, and skin biopsy was useful for diagnosis. We also made a diagnosis of NIID based on the findings of MRI and skin biopsy. These previous reports and the present case suggest that NIID patients can develop dementia that is similar to that seen in DLB. Therefore, NIID should be considered in the differential diagnosis of dementia.