From Cavitation of Lung Metastases to Pneumothorax: An Amazing Response to Regorafenib in Metastatic Colorectal Cancer? A Case Report

Objective: In this case report, we describe a huge response of pulmonary lung lesions that resulted in a pneumothorax in a metastatic colorectal cancer patient treated with Regorafenib.

Case Report: A 65-year-old woman, diagnosed with lung metastases from colon cancer began in the assumption of Regorafenib after failure of a prior line of chemotherapy. The disease was re-evaluated every two months by CT scan and a responding disease was reported, through the cavitation of all pulmonary nodules. Suddenly, after 9 months of a well-tolerated treatment, the patient showed cough, dyspnea and asthenia. She was admitted in our ward and a sub-massive pneumothorax was diagnosed and treated by thoracic surgeons by positioning a chest tube to get a normal expansion of the collapsed lung. Pneumothorax was solved, but patient discontinued Regorafenib as its positive activity on lung metastases, showing a deep response to treatment, was considered an adverse event that caused such a threatening side effect. Results: The pneumothorax was very probably caused by an excessive cavitation of lung sub-pleural nodules responding to chemotherapy extraordinarily.

Conclusions: This case highlights the need to monitor constantly patients with lung metastases receiving regorafenib especially with subpleural localization for the consistent risk of such sequelae.

Regorafenib is an oral multi-kinase inhibitor with anti-angiogenic and anti-tumor activity by inhibition of a number of angiogenic and oncogenic kinases. According to the results of the CORRECT trial [1], Regorafenib is indicated for the salvage therapy of chemo-refractory patients with metastatic colorectal cancer (mCRC) who already received fluoropyrimidines, oxaliplatin, irinotecan in combination with bevacizumab and anti-EGFRs (in RAS wild-type status). In such trial, Regorafenib reported a significant improvement of median overall survival (6.4 months) compared to placebo [1]. Side effects reported in clinical trials of Regorafenib were manageable, and the major toxicities were hand, foot skin reactions, diarrhea, hypertension and fatigue [1, 2]. Cavity formation following Regorafenib treatment was firstly reported as a correspondence following a phase III trial [2]. The commonly accepted mechanism at the basis of the development of cavitation is the central necrosis of the lesions after inhibition of angiogenesis, and the cavitation is associated with response to antiangiogenic treatment [3, 4]. Pulmonary hemorrhage and pneumothorax are well known consequences of cavitation, as reported with other anti-angiogenic inhibitors.

We report the case of a 65-year-old female patient, affected by metastatic colorectal cancer. Referred comorbidities were arterial hypertension, psoriatic arthritis and thyroiditis. In February 2017, the patient was diagnosed with an obstructing descending colon cancer, with concomitant bilateral lung metastases. She underwent left hemicolectomy reporting a pT2N0G2 colon cancer, KRAS mutant (c.35G>A; p.G12D). Due to the presence of lung and liver metastases, the patient received a first line treatment with mFOLFOX-6 plus Bevacizumab for 12 courses, from April to October 2017, obtaining a stable disease as the best response. Because of neurotoxicity due to oxaliplatin, patient continued a maintenance therapy with 5FU, Folinic Acid and Bevacizumab for further two months (4 courses).

In January 2018 the disease progressed, and she was enrolled in the STREAM trial, a study dedicated to RAS mutant patients refractory to an oxaliplatin-based first line chemotherapy, and began the assumption of Regorafenib as second line treatment. The baseline CT scan is documented in Figure 1.

The disease was monitored bimonthly by CT scan and a constantly responding disease was relieved, through a concomitant characteristic cavitation of all metastatic deposits (Figure 2a, 2b). In September 2018, after 9 months since the first assumption of Regorafenib, the patient was hospitalized for cough, dyspnea and asthenia. Physical examination showed decreased breath sounds of the left chest, a significant leukocytosis was observed and a chest x-ray revealed a left sub-massive pneumothorax, confirmed by the CT scan (Figure 3). 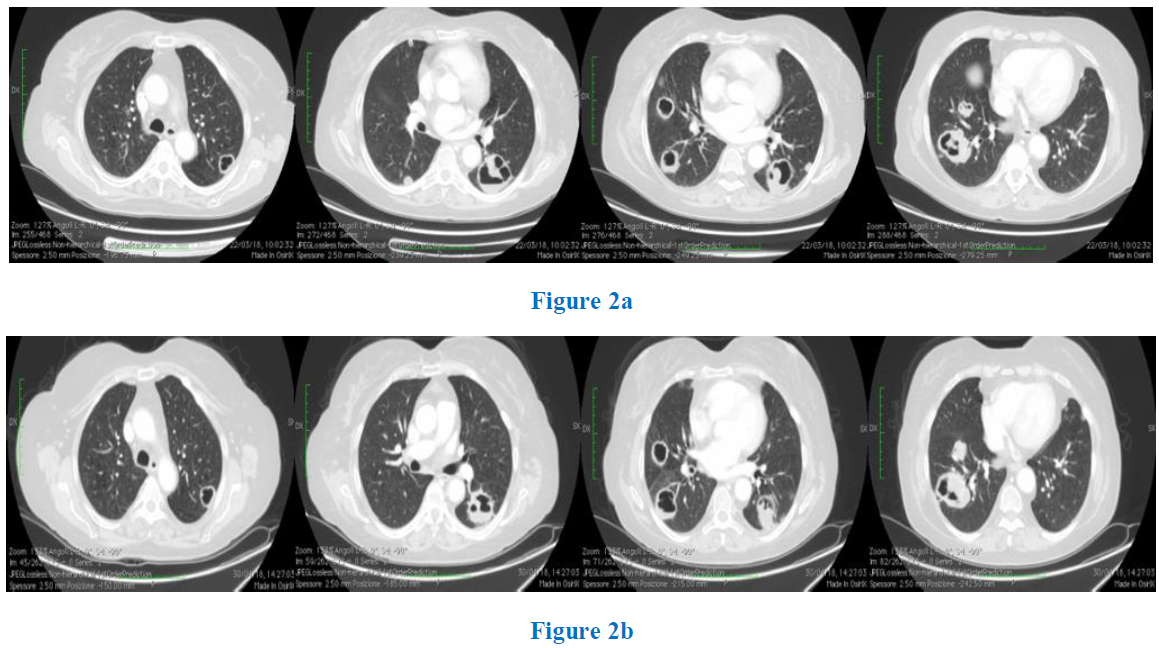 Figure 2: Images from patient’s CT scan during treatment showing a response to treatment.

Figure 3: Images from patient’s CT scan when pneumothorax was diagnosed.

Pneumothorax was treated by thoracic surgeons, a chest tube (28ch) was inserted in the left side and a chest x-ray the next day showed full expansion of the left lung. The chest tube was removed five days later and the patient was discharged. A new CT scan performed after 30 days reported a complete resolution of pneumothorax and a stable disease with a progression-free survival of 9 months.

We report here the case of a patient with a characteristic manifestation of multiple pulmonary metastases of colorectal cancer that responded to Regorafenib with huge cavitation of the pulmonary lesions. We interpret the changes relieved in Figures 2a and 2b to be a rapid, dramatic response to regorafenib in which multiple pulmonary metastatic lesions underwent cavernization, likely due to inhibition of angiogenesis with resultant central tumor necrosis. Moreover, we showed evidence that lesions of our patient were peripheral and we speculate that cavitation could have reached pleura, triggering pneumothorax.

Tumoral cavitation of lung metastases is a characteristic phenom¬enon reported during anti-angiogenic therapy. According to its importance in cancer development, angiogenesis is the hallmark of the therapeutic targets in the treatment of mCRC and various anti angio-genic agents are used currently. Thus far, tumoral cavitation following anti angiogenic therapy is reported by several studies in amounts of about 20% and, in some cases, it can be followed by pneumothorax. Pneumothorax, previously unreported with regorafenib, is noticed not rarely with bevacizumab treatment [3], and it has also been described during treatment with sunitinib and pazopanib [5]. In an observational report on 58 pts affected by soft tissue sarcoma and treated with pazopanib, 13 subjects had pneumothorax: of these, the median time to onset was after 115 days since the start of treatment [5]. In the same report, at the multivariable analysis, the presence of lung metastases with the largest diameter at least 30 mm was considered significantly predictive for pneumothorax. To our knowledge, this is the first case of pneumothorax during Regorafenib treatment reported in literature and likely mirrors its antiangiogenic effect.

We speculate that pneumothorax was the consequence of dramatic response, resulting in huge cavitation of lung metastases to regorafenib and of the subpleural localization of some of them. Therefore, in patients with pulmonary lesions, especially in those with a subpleural localization and early cavitation, a careful clinical and laboratory monitoring is necessary, mostly if for a long time in treatment. Finally, our case confirms that early cavitation in lung metastases is a good indicator of clinical outcome.