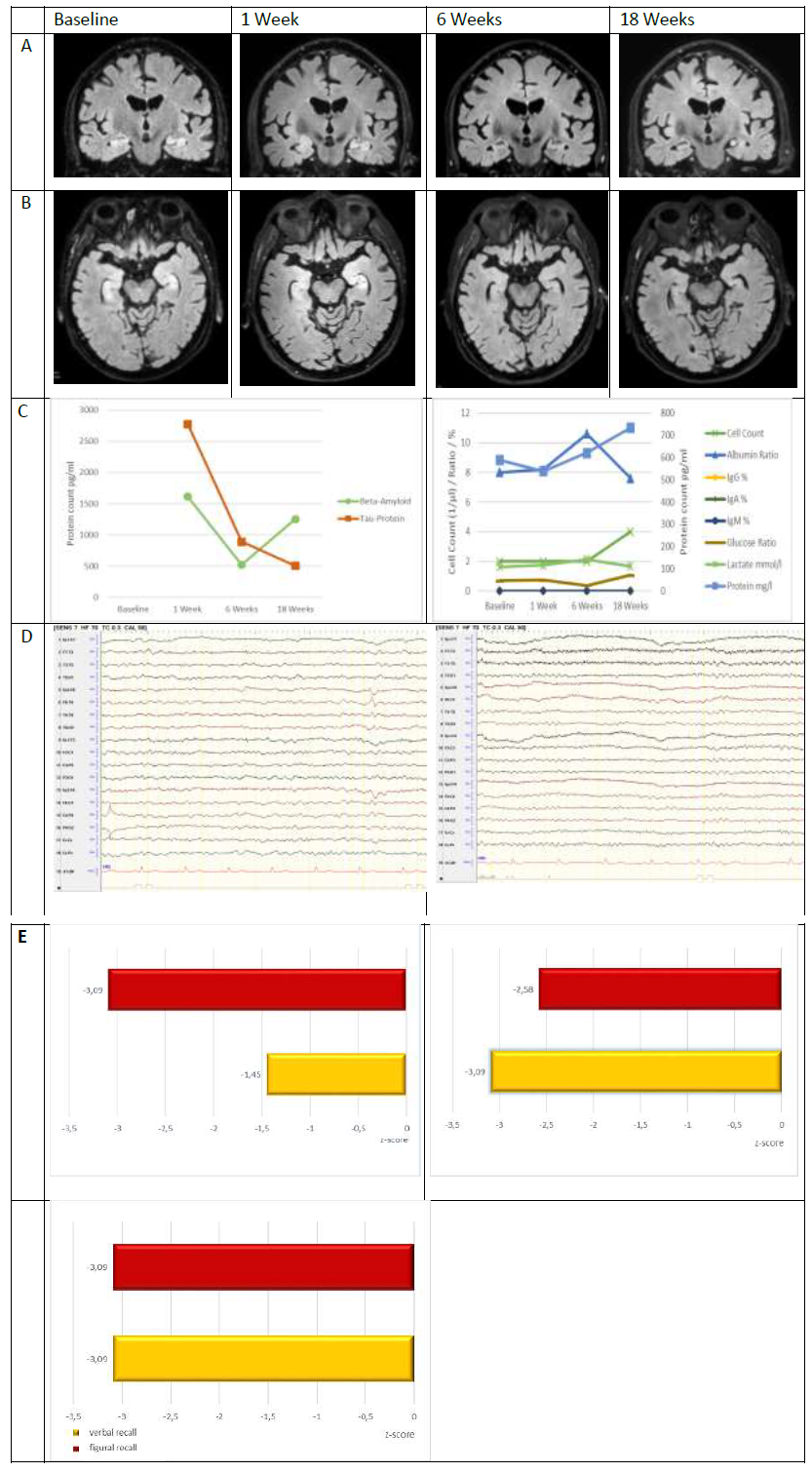 Our case is consistent with acute tocilizumab-induced hippocampal inflammation or edema with neuronal cell death without evidence of an overt underlying cerebral or systemic cellular immune response stopped by immediate removal of tocilizumab (and cytokines) via plasma exchange. Similiar cases of more wide-spread tocilizumab-associated (menigo-)encephalitis with subsequent atrophy involving both cerebral grey and white matter probably due to delayed diagnosis and lack of specific treatment (plasma exchange) were described [11-13].

Tocilizumab binding to IL-6R dramatically increases the level of free IL-6 [11-13, 15]. As long as free tocilizumab is available (at high doses of tocilizumab), IL-6R is saturated with tocilizumab and IL-6 signalling is completely inhibited. However, if all tocilizumab is bound to IL-6R (at low doses of tocilizumab) excessive IL-6 may bind to free IL-6R and exert intense proinflammatory signalling [15]. This may be associated with acute and chronic meningoencephalitis [16]. Consistently, cerebral inflammation due to dysregulated cytokine signalling is known to cause demyelinating CNS disorders under treatment with TNFa-inhibitors [11].

Hence, after careful exclusion of concurrent causes, treatment-induced acute (menigo-)encephalitis should be suspected in patients under tocilizumab (and other anti-cytokine) treatment that present with acute encephalopathy with and without seizures. Treatment approaches should include removal of tocilizumab (and potentially excessive cytokine levels) via plasma exchange.